Colombia is mounting a bloggers offensive to market the country to the world. It's a good idea, to leverage the work of multilingual writers and photographers who are posting on the Web, anyway.

Most of the official blogs, who are listed here, are attractive blogs about food, travel and personal experiences (unlike this profound and subtle blog, which, surprisingly, was included despite its inclusion of Colombia's troubles as well as its achievements). Some of the entries aren't even about Colombia. A few are websites of travel agencies or other businesses, which doesn't make sense to me. Here's one interesting exception. Of course, my incomprehension of French and German puts some of the blogs off limits to me. 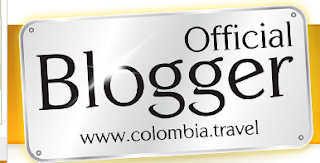 In any case, it's the brainchild of ProExport and a good, low-budget strategy for Colombia, and something which would have been near impossible just a few years ago, when the news was dominated by bombings, kidnapping and narcotrafficking and the country was off limits to all but real thrill seekers. Certainly, Colombia still has problems, but those are now secondary to the nation's economic growth, its cultural diversity and its tremendous biodiversity.

I just read the interesting book 'Como Nos Ven los Corresponsales Extranjeros' (How Foreign Correspondents See Us), consisting of a collection of short essays and personal experiences by correspondents in Colombia from the Cuba, France, Italia England and the United States. The book was published in 1995, just ten years after the Holocaust of the Justice Palace, two years after the killing of Pablo Escobar and with the disastrous negotiations with the FARC still to come.

The book includes essays about Colombian women ('how beautiful they are'), Colombian men ('crude gropers') and Bogotá nightlife (fun, even amidst the violence). The book also contains a really enchanting essay about the Amazonian river dolphins and the indigenous people's myths and legends about them by Brazilian/British writer Sarita Kendall.

But the chapters with the most impact were 'Colombia, a Civilized Nation Where Death Never Goes on Vacation,' by David Lloyd Marcus and 'The Dead Who are Born Forgotten,' by Leslie Wirpsa, both from the U.S., whose subject matters are obvious.

A similar book written today would, instead, be about a still-troubled country getting on its feet and growing economically.

Colin, a friend of mine, wrote very frankly and explicitly about sex, drugs and corruption, as well as his own problems with addiction and even mental illness. (And about politics, literature and urban planning.) Colin describes a hidden, dirty reality. That exists to some degree everywhere, but no nation, particularly one with as troubled a past as Colombia's, wants it to be shown off to outsiders. Colin's entrepeneurial initiative in setting up a brothel tour business may have been legal, but certainly didn't help his case with Colombian officialdom, either.

I believe that Colin has had to leave Colombia.

Hi Mike!
I've been reading your blog for some time... it's awesome. Thanks to it I have now a new dream: a dream of visiting Colombia! Tell me, is it possible to contact you by mail? Don't worry, I don't want to bother you, I just want to write to you mail from time to time with questions concerning some bothering me issues!
Asia

Thanks for your comment, and I'm glad that you like the blog and that it's interested you in Colombia. You can write me via the Bogota Bike Tours website. Or post questions in the blog. I always appreciate comments on the blog.

Thank you for the book suggestion "Como nos ven los corresponsales extranjeros" in this post. I am curious whether you have found a recent text that covers the same issue but in 2012. The comparison would indeed be interesting to read! Also, I WILL be moving to Colombia and have started my own wimpy blog thus researching the blogging culture of Colombia is pretty relevant. As always, thank you for writing about every color in the spectrum...it is much appreciated.
~Your loyal reader~

Unfortunately, I don't know of any more recent books similar to the one about the journalists. If I hear of one, I'll let you know.