The M-19's annual auto-hagiography on the Plaza Bolivar has new resonance this year, now that one-time M-19 leader Gustavo Petro is mayor of Bogotá.

The M-19 guerrillas were young, idealistic and media savvy. But they also committed horrendous crimes, including the kidnap-murder of Afro-Colombian union leader Jose Mercado and the 1985 attack on the Justice Palace, which ended with about 100 deaths and the building in flames. (Mayor Petro says he had no knowledge beforehand about the palace attack.)

The M-19, or 19 of April Movement, named themselves after the date of a 1970 presidential election allegedly stolen from dictator-turned-populist politician Gustavo Rojas Pinilla. 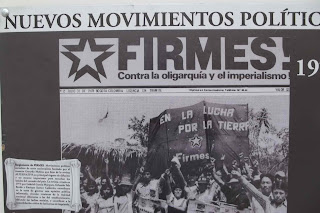 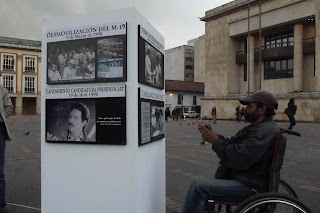 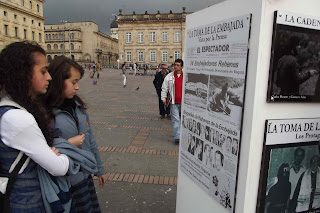