Thousands of supporters of Bogotá Mayor Gustavo Petro marched down Ave. Septima this afternoon in protest against the inspector general's order unseating Petro and banning him from politics for 15 years. It's not clear, tho, how this show of popular support could make any difference, nor, for that matter, how Petro can survive.

Petro's immediate legal recourse against the inspector general's order is to appeal it - to the I.G.'s office. This week, the I.G. rejected two of Petro's appeals, leaving only one, which will undoubtedly be rejected soon. Petro has also appealed to the Inter-American Human Rights Commission - but other Colombian officials have been unanimous that this is an internal Colombian issue, and that international entities shouldn't interfere. Perhaps Petro's best legal hope is a legal vaguity: Colombia's attorney general recently opined that Pres. Santos is not obligated to sign Petro's destitution, but can just let it sit on his desk. If he does so, then Petro could stay in office until the March 2 recall vote, when his fate would be decided democratically.

Marchers I spoke to to had a variety of motives. Some credited Petro with providing them specific personal benefits such as a surgery or a job. Others had turned out because of specific causes, such as animal rights or cycling, which Petro has supported. Still others supported general Petro goals, such as replacing private companies with public ones for municipal services. In contrast, one man, selling the radical leftist Proletarian Worker newspaper, said he hated Petro 'Who is a lackey of the imperialists.'

But the most widespread motive I heard for backing Petro was on general democratic principles: Ousting him this way, by an extremely conservative unelected official, was anti-democratic.

Still others seemed to have no idea why they were in the Petro march. 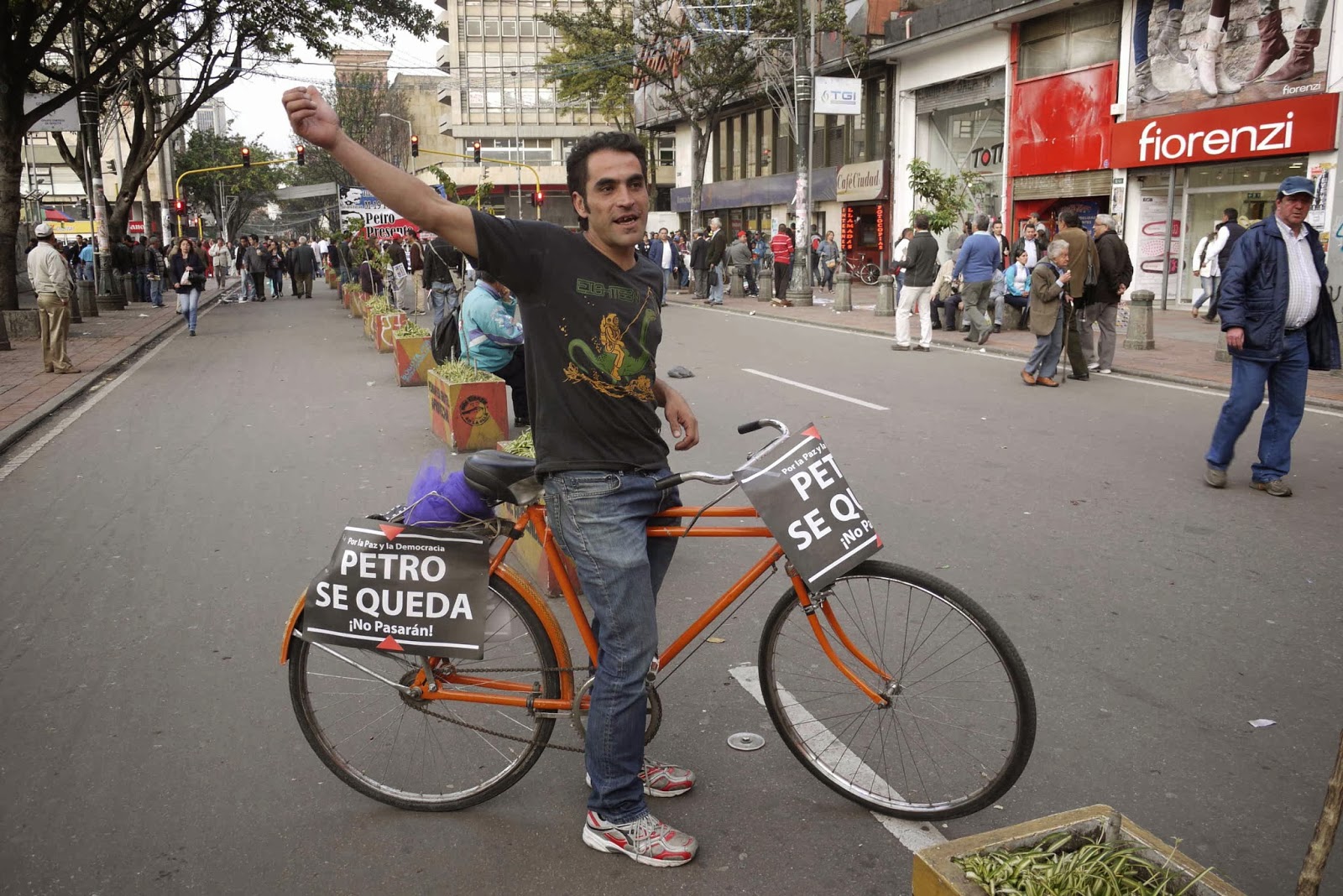 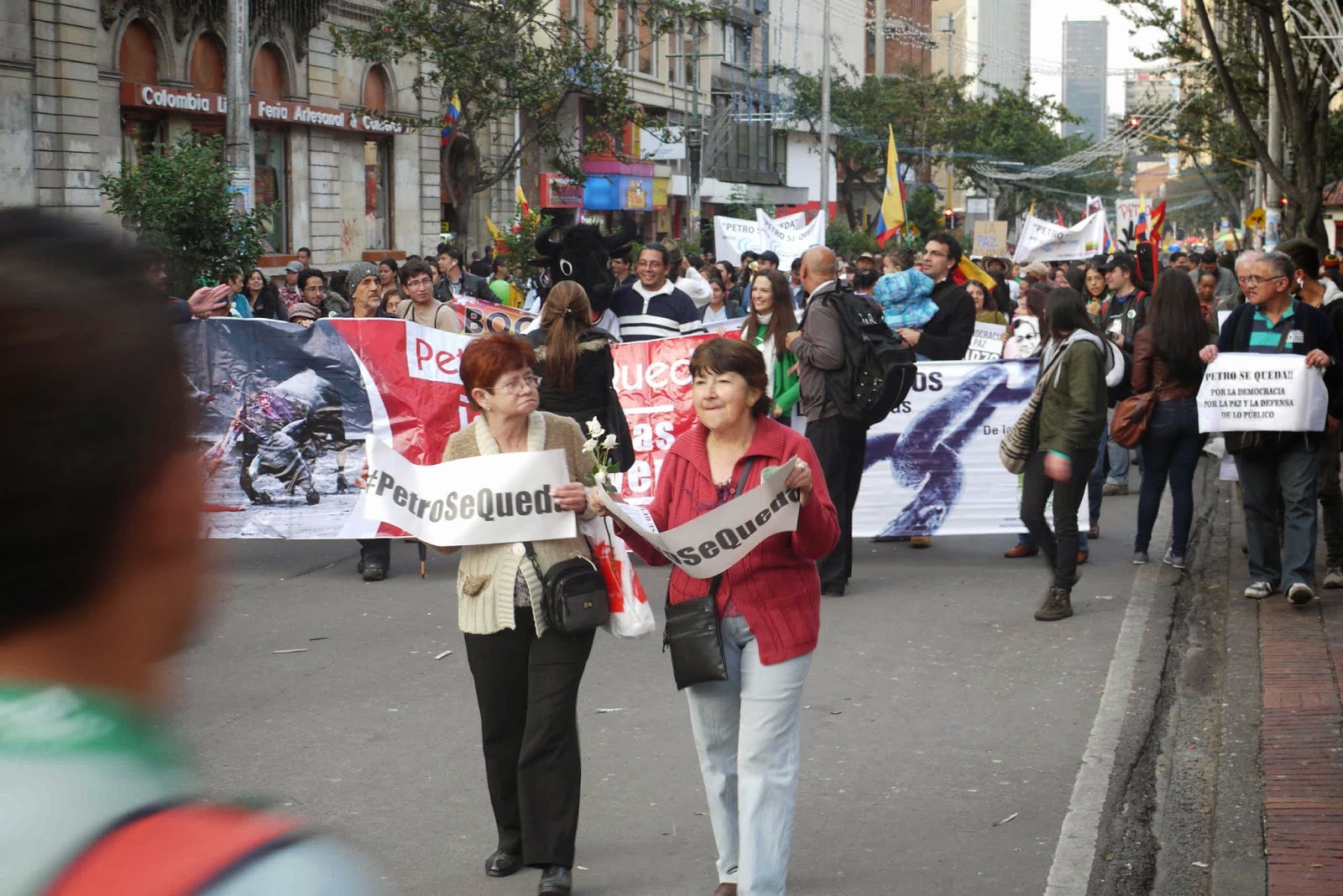 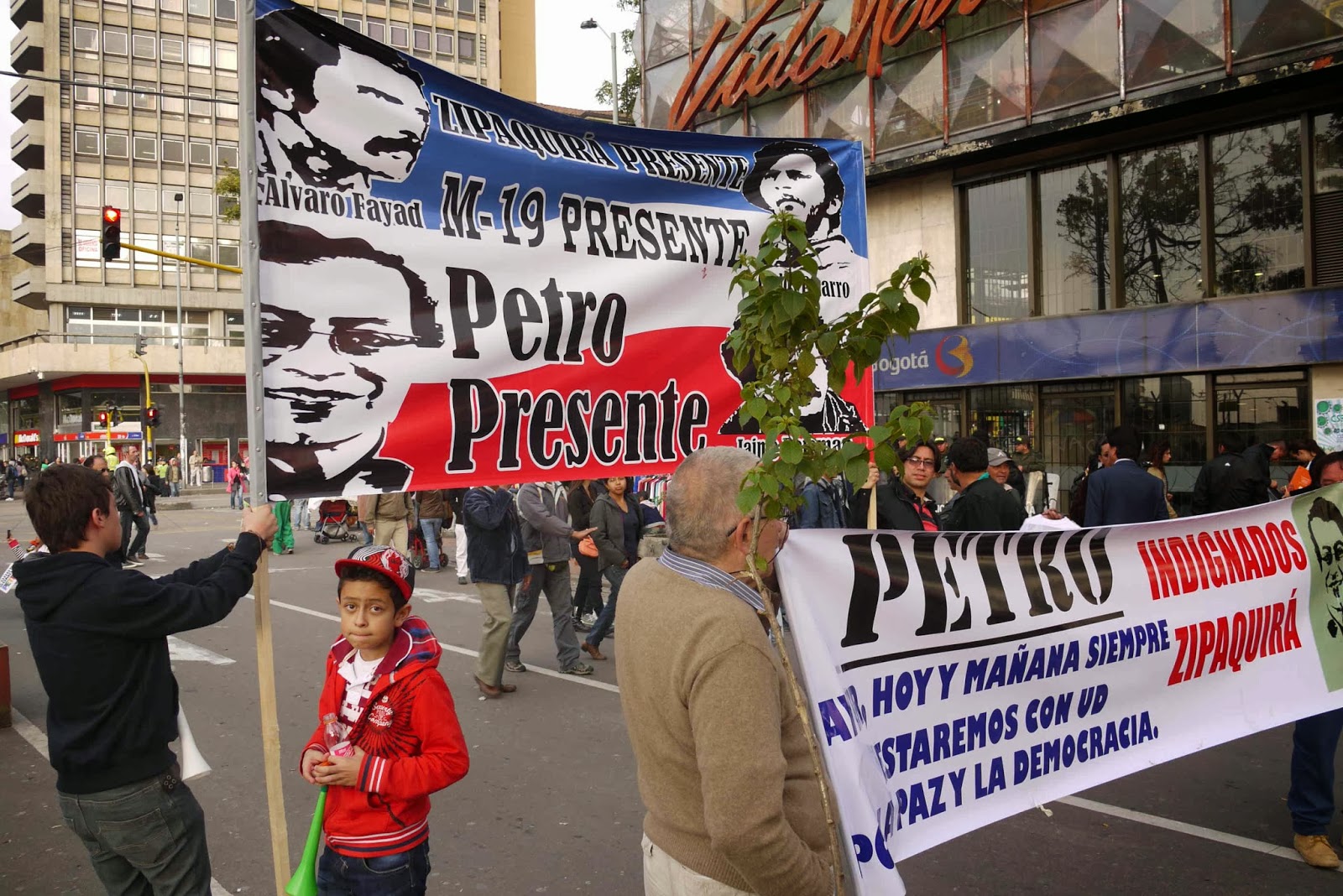 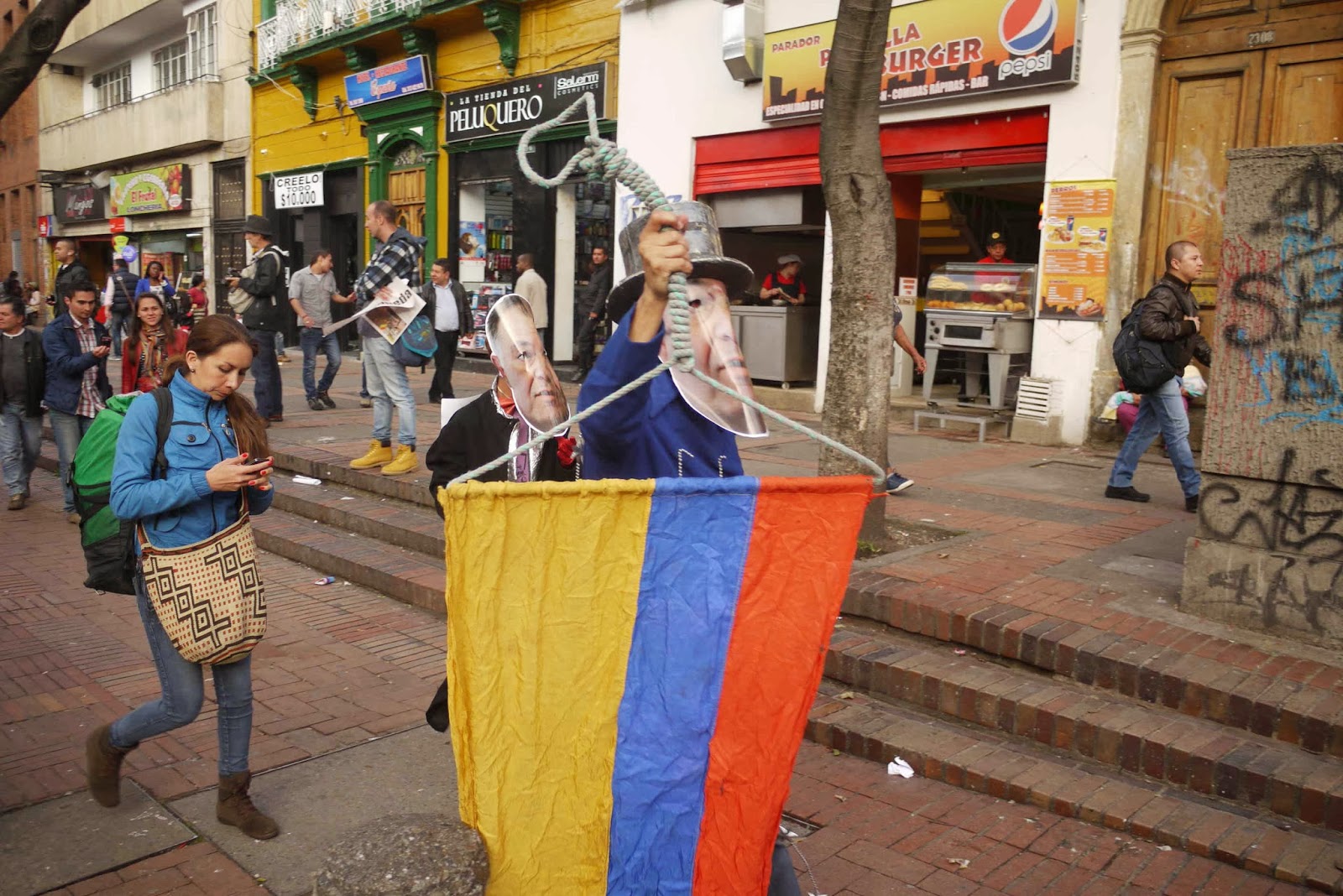 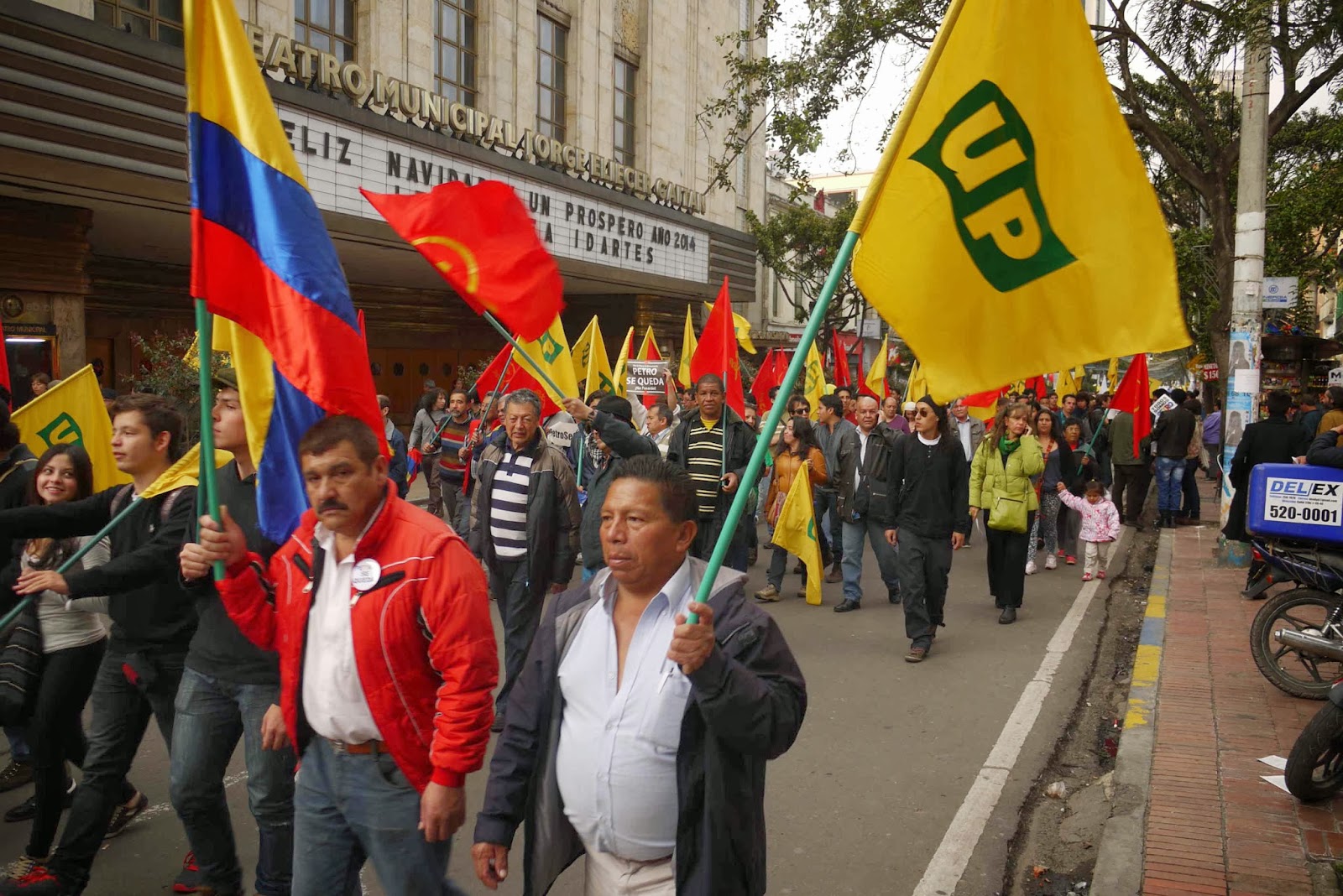 shameful sights? looks like a good-natured democratic protest to me, I don't see any violence or anything at all that could be described as shameful

A little understanding of the ideological nature of the banners, flags and signs depicted here is needed. Thanks.