No More Violence Against Women!

Thousands of people filled the National Park in Bogotá today to protest against violence against women. Such violence has been in the news recently because of a series of vicious attacks, including the rape, torture and murder in the National Park of Rosa Elvira Cely, a crime which galvanized public sentiment. There has also been a recent wave of acid attacks in which spurned lovers have thrown acid into the faces of the victims, almost always women.

Tragically, the kind of men who commit these atrocities are sick and not likely to respond to laws or rallies. However, raising public consciousness can make women more aware and the general public less apathetic than they often are to abuses.

A suspect arrested for the Rosa Elvira's murder had, it turns out, been convicted of killing another woman in 2002, but was released after only 15 months in prison because of mental problems. 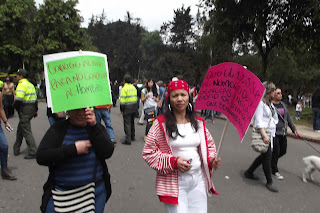 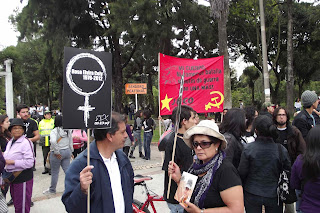 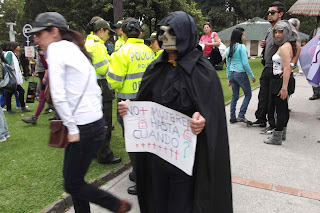 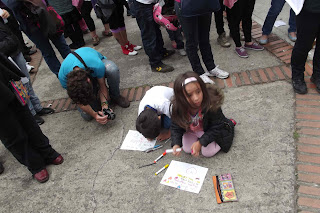 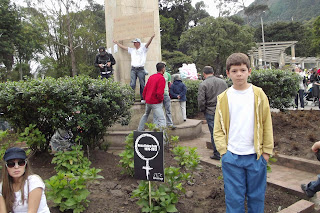 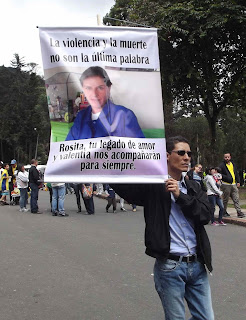