Drug Acreage Down! But what's it mean? 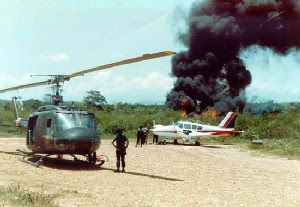 The government reports that Colombia's coca acreage is down 16 percent from last year. Colombia's total coca leaf acreage is down from 400,000 hectares a couple years ago to only 68,000 now. That's good news by just about any measure. It potentially means less addictive chemicals poisoning kids in Colombia, United States and Europe. It also hopefully means more food grown in a nation with plenty of hunger. And, less drug exportation also means less income for the bad guys - the guerrillas, paramilitaries and plain old narcos. 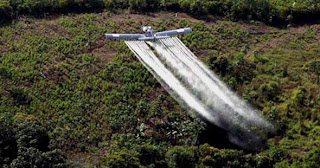 But... does this mean that the U.S.-financed, multi-billion-dollar erradication campaign is a good thing?

The erradication campaign has its own, huge environmental and social impacts, producing deforestation, displacing peasants and killing food crops. Also, because drug crops are persecuted, farmers plant them near rivers and in jungles, compounding the environmental impacts such as deforestation and chemical pollution.


And, I've also heard that coca acreage has increased in Peru and Bolivia. And, U.S. prices apparently haven't risen much - and what they have might be attributable to changes in tastes, as users turn to ecstasy, crystal meth and other delights, or the narcos' infighting that has convulsed Mexico.


Finally, when source-country control tactics DO work they have the counter-productive effect of raising prices for consumers and thus increasing traffickers' profits, defeating the original goal.

So, is this drug war really worth it?