The Trash Museum: A Monument to Wastefullness


Talk about turning a vice into a virtue. The resident of a house on a quiet corner in Teusaquillo evidently liked collecting discarded stuff - but not cleaning up. Over the years, his house and yard filled with the results of his habit, turning the lot into something like a city dump, to the great delight, undoubtedly, of his neighbors.

When you've made a mess of things, it's good to paint it as a matter of principle. Thus, the trash museum has signs pointing out how wasteful and resource-greedy humans are. 'Did some of these objects come from your house?' asks one sign. Another advises 'Think before you buy,' and a third warns of cosmic collapse. He's also got a sophisticated website.

The trash museum, if that's what it is, makes an important point about humanity's wastefullness. And particularly in a city which does little recycling, and, more importantly, makes no effort to reduce the amount of waste produced, in the first place. 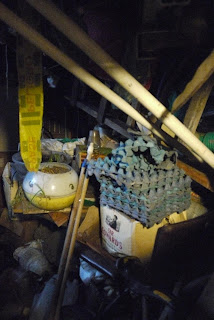 Recyclers Fear for their Profession


These recyclers, or trash pickers, object to Decree 596, passed a few years ago, which is supposed to formalize the recyclers' work. However, the resolution requires recyclers to form themselves into associations in order to sell what they collect. It also enables large companies to bid for recycling contracts - which trash pickers fear will put them out of business.

The city also plans to create several trash classification stations, where things like paper, plastic, glass and metals are to be separated for recycling. The informal recyclers fear being cut out of the process, altho city officials assert that they will be included.

An Urban Garden in Peril

In May 2015, volunteers began clearing away weeds and garbage and preparing the soil in a lot which had sat empty for many years on the edge of La Candelaria.

In the years since then, children from a local foiundation and adults with mental disabilities

Unfortunately, the city may soon take the land away, depriving the children and adults of healthy fruits, veggies, as well as healthful physical activity. The city says it will build a neighborhood social center on the land. That might be justifiable, but unfortunately the city's plans usually take years to get started - if they happen at all.

Meanwhile, the Huertolaria garden will not likely find another location. 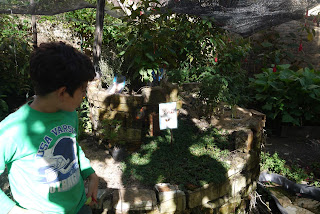 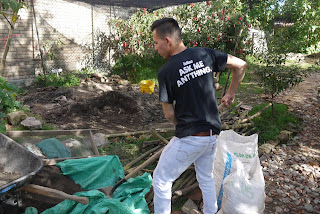 A Twisted Sort of Miracle

For me, this headline captures what is either infuriatingly close-minded or touchingly naive about religious faith.

I should be clear that I'm not against faith, which can provide comfort in times of crisis, like this one. And that I'm happy that Pilar Molano survived the bombing at the Andino shopping mall and hope that she recovers completely.

But calling a close call with death like this one a 'miracle' is a bizarre distortion of the world. Explicitly understood, a miracle is a supernatural intervention by a God to aid someone. If I could somehow suddenly jump 100 feet high or write like Shakespeare, then that would be a miracle.

But if God exists and he or she wanted to help Pilar Molano, then the about the worst way to do it would be to make her the victim of a near-fatal terrorist attack and then let her narrowly survive it, albeit with a terribly mutilated leg.

If God really wanted to perform a miracle for Pilar, he or she might have helped Pilar to achieve her life's dream, whatever it may be: playing music professionally, living in Hawaii, or flying an airplane. Or whatever.

But submitting Pilar to a incomprehensible terror attack and letting her barely survive it, seems like a twisted sort of miracle.

As for the bombing itself, authorities appear to still be at a loss as to the culprits. Fingers have pointed at three different groups, however:

The ELN guerrillas, who in February planted a bomb in a sidewalk above Bogotá's bullfighting stadium, killing two police officers and injuring about 20. But the ELN have denied being behind this bombing.

The Úsuga Clan, also known as the Urabeños or Clan del Golfo. The clan is into narcotrafficking, and illegal mining, which it protects with mass murder. But the clan doesn't appear to operate in Bogotá, and random, unclaimed terror attacks don't seem to be its style or in its interests.

The shadowy Movimiento Revolucionario del Pueblo (MRP), a group with links to public university students, which has planted bombs in Bogotá public restrooms and other sites over the last several years. But if the MRP did commit this terror attack, then why doesn't it claim it?

The bomb which exploded in a shopping mall bathroom yesterday killing three people and injuring at least eight caused far fewer human victims than many other Colombian attacks, but in its own way was much more terrifying.

Pablo Escobar's bombing of the DAS headquarters in 1989 killed 70 people (including the grandmother of a friend of mine) and injured many more. The Feb. 2003 FARC bombing of the exclusive El Nogal Club in north Bogota killed 36 people and injured more than 200. In November of that same year, FARC guerrillas threw hand grenades into a Bogotá Beer Company bar and neighboring restaurant, which North American Plan Colombia workers frequented, killing one Colombian woman and injuring 73 other people, including three Americans. This February, a bomb exploded on the sidewalk above Bogotá's bullfighting stadium, killing two police officers and injuring 20 more people.

As terrible as those attacks were, at least they were directed at some recognizable target: the DAS (Colombia's FBI), the business elite, U.S. government employees, the police, etc. But yesterday's bombing in the Centro Andino shopping mall had no rhyme or reason we've learned of, and nobody has claimed responsibility for it. The victims were common people, if likely wealthy ones, and the bombers could have had no way to know who would be inside that women's bathroom at that moment. One of those killed, Julie Huynh, a 23-year-old Frenchwoman doing social work in Colombia, was a friend of friends of mine.

That gives this bombing a special sort of horror, like a vehicle mowing down an anonymous crowd of pedestrians: the feeling that fatal violence could occur anywhere, with no reason, and that there's no way to avoid the risk - besides perhaps staying at home in bed.

In the age of the internet and smart phones, old fashioned radio often gets overlooked. That's not yet true, however, in the countryside, where in some areas radio is the only source of local news.

During the 1940s, '50s and '60s, the Colombian government tried to use radio to promote land redistribution and health care, teach literacy and even promote family planning - and got embroiled in polemics with religous conservatives and anti-Communists.

Today, radio is still important in rural areas, in some of which it is the only
local news source. However, in some places that radio station belongs to the military or police, making one question how objective and inclusive the news is.

There's an exhibition about Colombia's rural radio on now in the BLAA library on Calle 11 in La Candelaria. 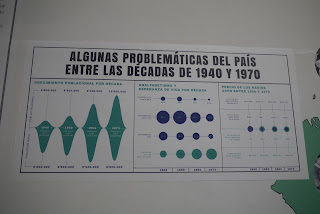 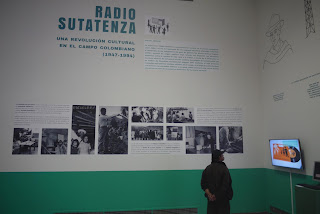 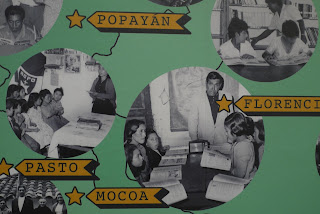 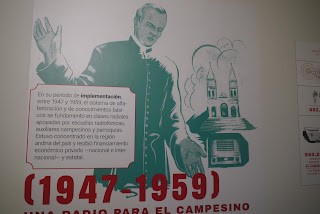 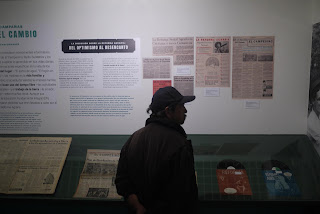 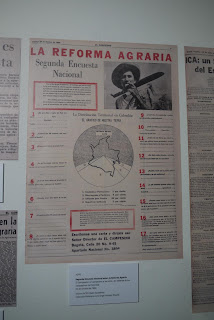 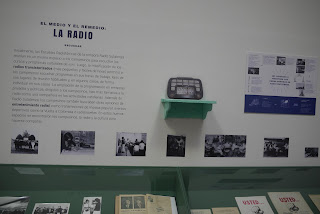 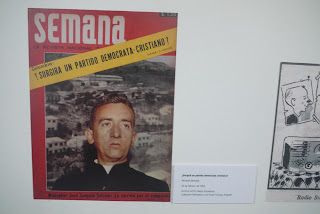