Bogotá's 6th Transit Fair, mostly a sales show for buses and related products, ended yesterday in Corferias. Most of the products, at least, had an environmental bent.

Bogotá's government has made a big deal recently of placing modern, relatively clean, buses, particularly on Ave, Septima. Still, their numbers are still tiny compared to the many thousands of old, polluting buses.

Bogotá's transit planners have committed two logical failures: Congestion and pollution won't be cut by adding newer, cleaner buses to the streets - unless they also retire the old, dirty vehicles. And, to promote sustainable transit, it's fundamental to discourage the use of private cars, which generally carry just one or two passengers, but occupy most of the road space. Altho Mayor Petro has talked the talk about rationalizing transit, he hasn't walked the walk of discouraging driving, such as by creating a congestion charge and banning free parking.

Rather than - or in addition to - spending a fortune on hi-tech buses, Bogotá could take some obvious steps to clean the air and reduc traffic jams, which often go hand in hand. Mayor Petro has talked about imposing a congestion charge on vehicles which enter the city center, but he appears to lack the political will to do so. In London, Singapore and other large cities, such charges have reduced congestion and pollution while financing public transit. In this interview, a London transit expert talks about the benefits of such a charge. He also suggests coordinating stoplights to give priority to TransMilenio buses - a very basic policy which Bogotá should have implemented years ago.

And what about ticketing vehicles which stop in the middle of intersections, causing gridlock? And then there are all those ancient, smoke-belching vehicles (and even many new vehicles) which flout the pollution and other laws, cause thousands of premature deaths annually - and are ignored by authorities.

Spending a fortune on hi-tech buses might be worthwhile - but Bogotá should first implement some basic, common sense policies which could reduce congestion and polllution relatively cheaply and quickly.

Ironically, of course, the same companies producing these cleaner buses are also trying to persuade us to buy cars to congest the roads so that bus systems become unsustainable and buses get trapped in traffic jams.

A New Life for the Old Slaughterhouse II

After many years of abandonment, Bogotá's old slaughterhouse, on Carrera 13 and Carrera 31, has found a new calling: It's to be the Universidad Distrital's new library and cultural center.

Opened in 1926 and shut in 1978 because of its unsanitary conditions, it latered housed people displaced by the bulldozing of the old Cartucho neighborhood. The restoration cost 28 billion pesos and lasted about two years. 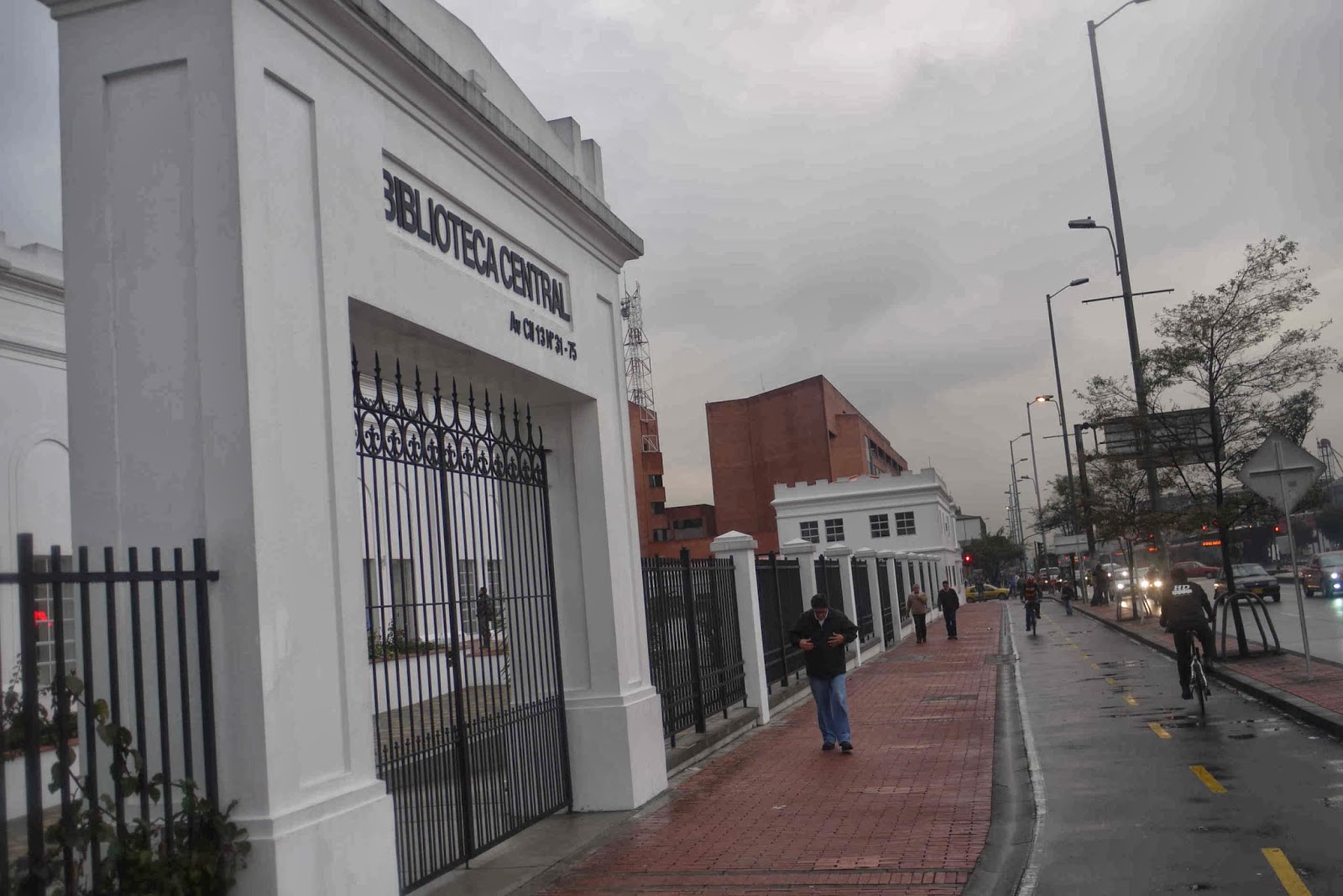 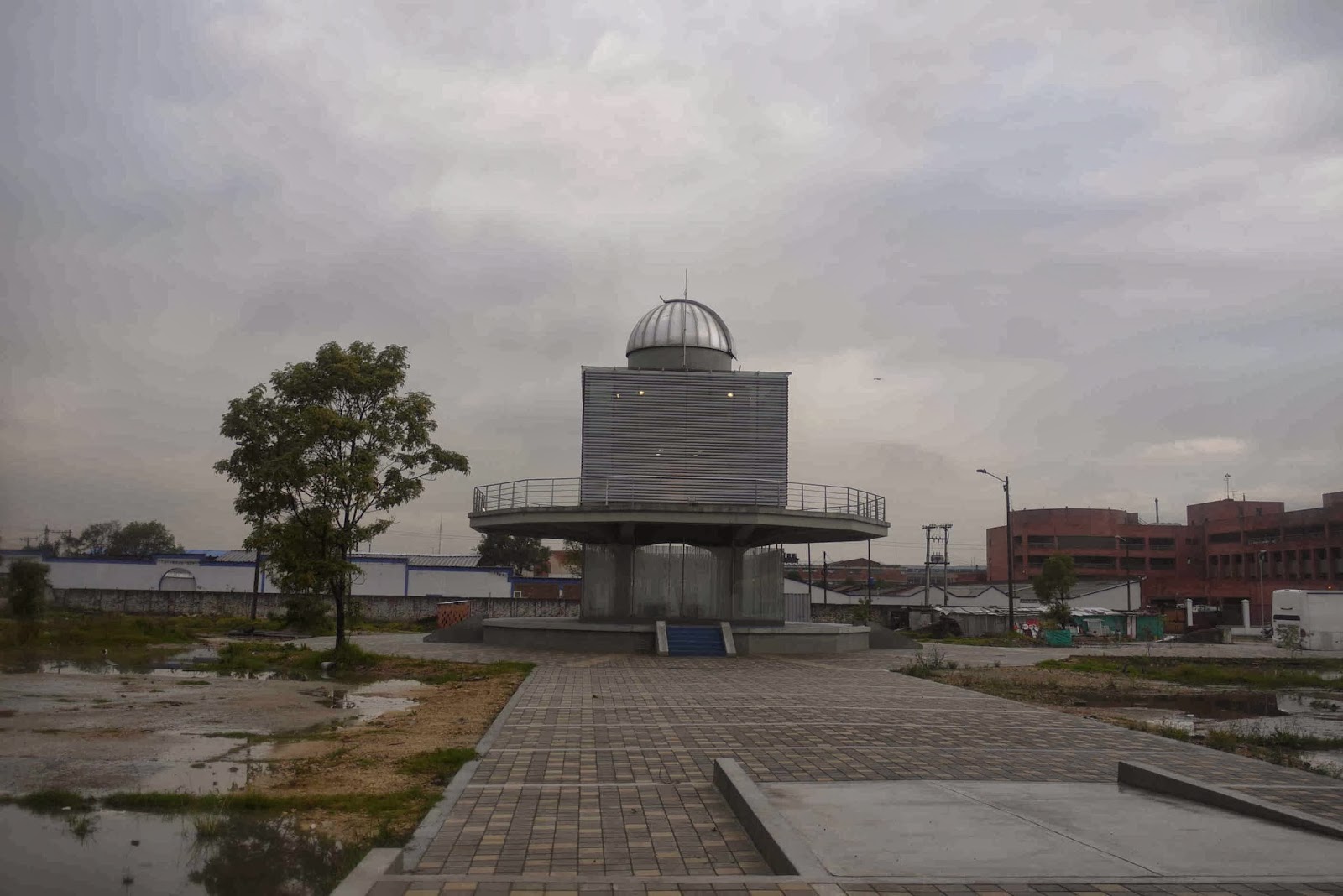 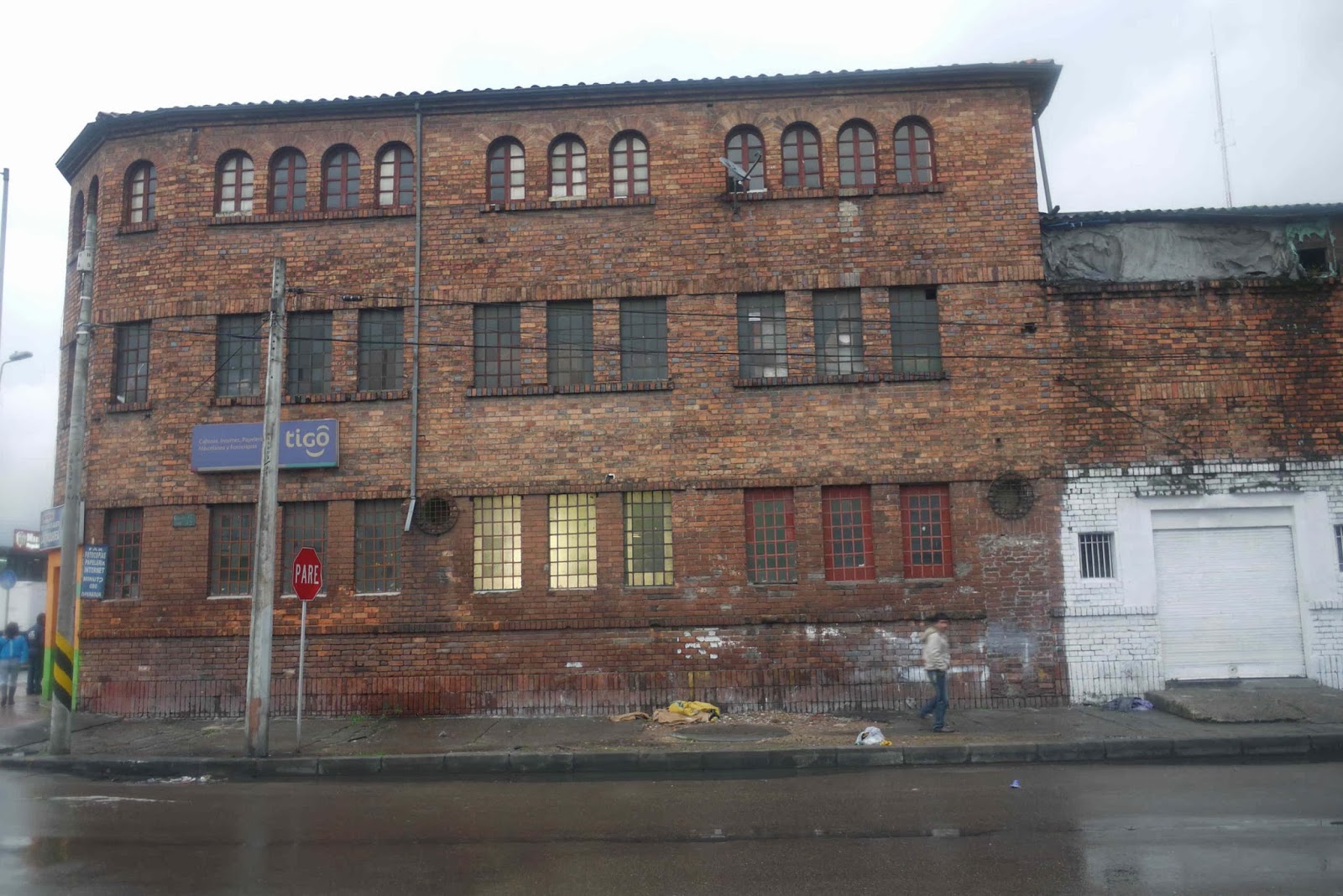 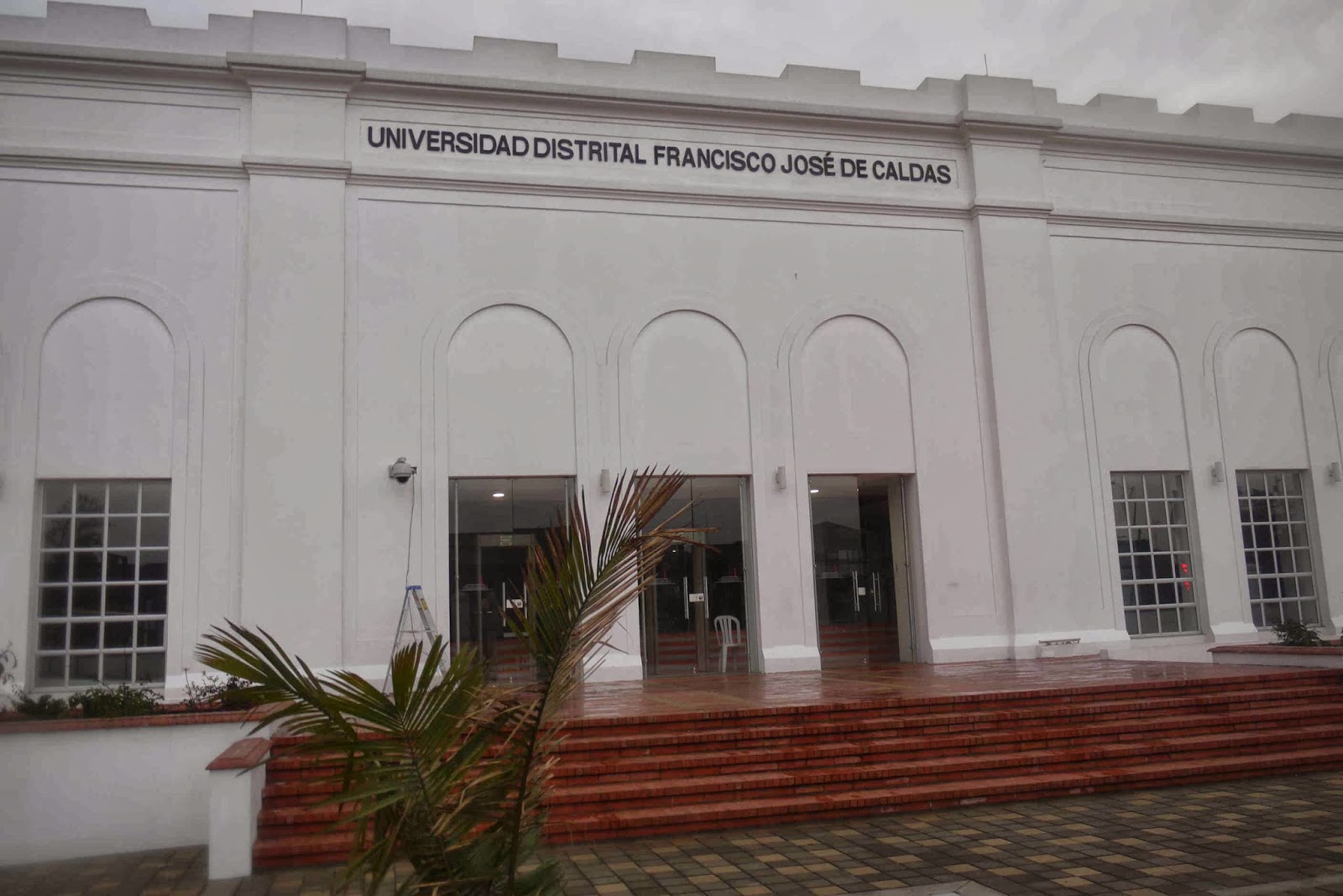 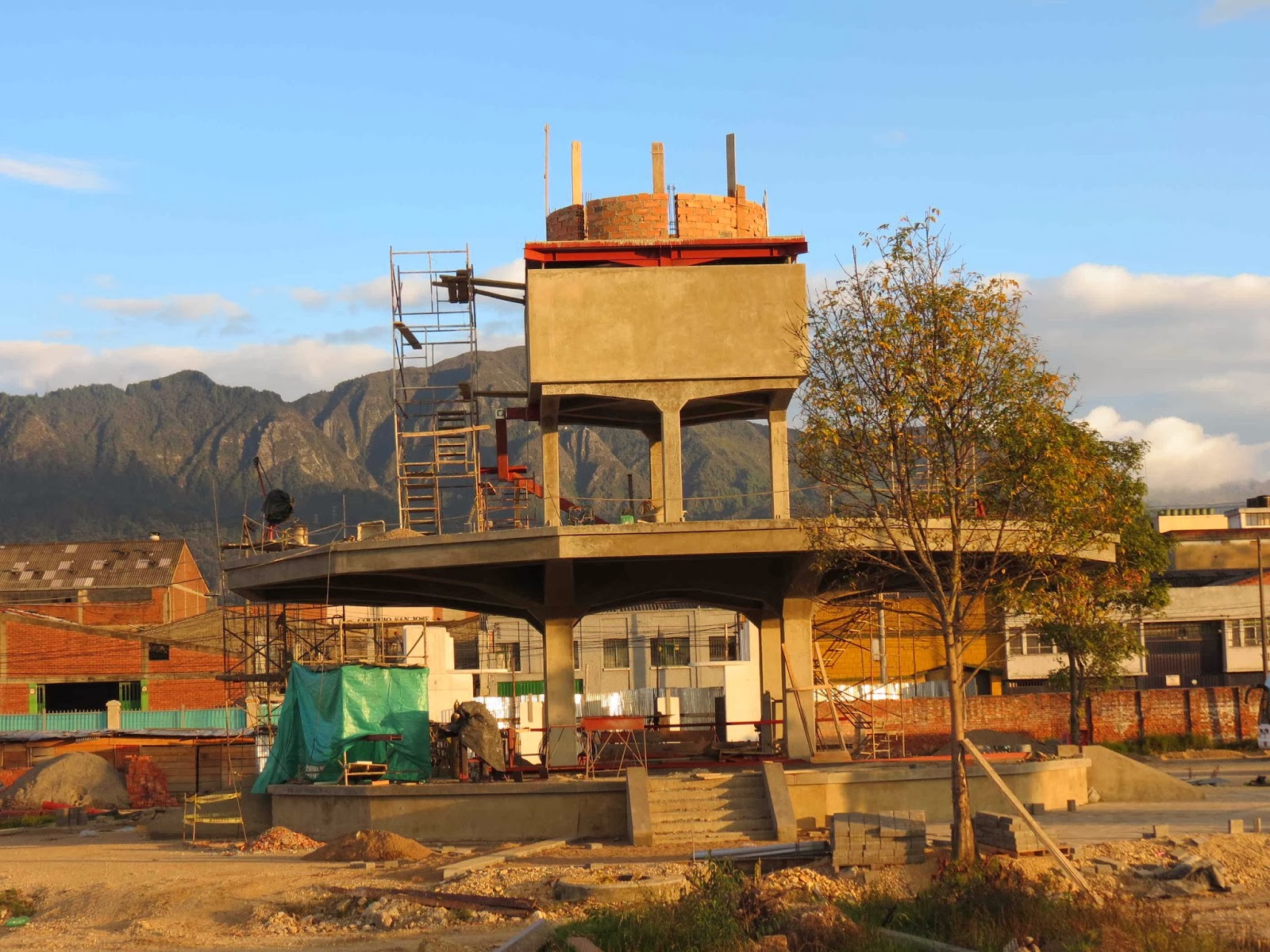 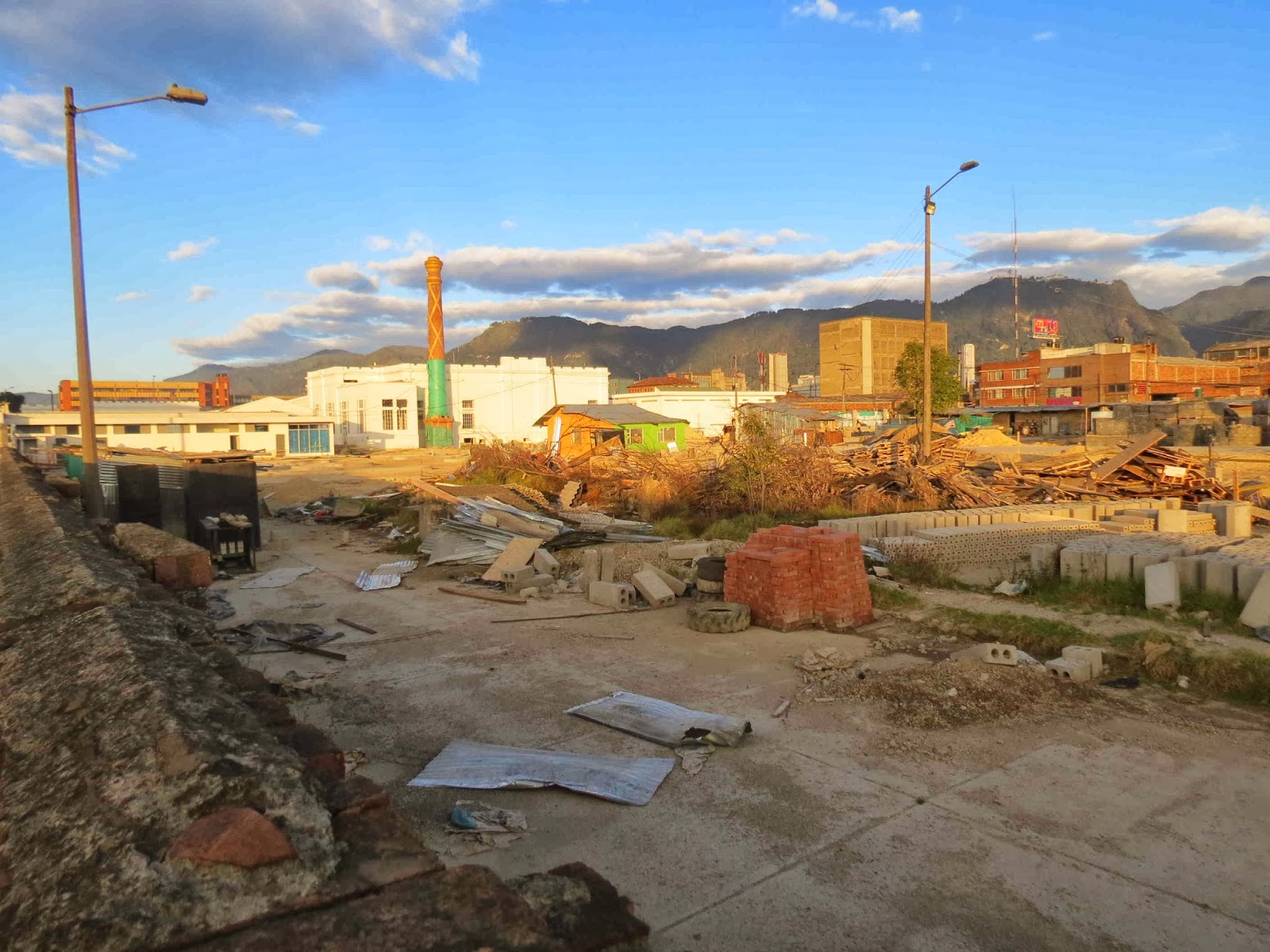 
Bogotá's SITP (Integrated System of Public Transit) was supposed to be the city's traffic saviour. Those blue buses would drive carefully, stop only at designation stations, not pollute and, most importantly, replace and eliminate those old, polluting, traditional buses.

But things don't seem to be working out that way.

But, as some of us have observed, many of the SITP buses are just as polluting as the traditional buses.

The SITP buses do restrict themselves to only picking up passengers at buses. But I have often seen SITPs blowing past red lights at intersections.

And just the other day, Bogotá transit officials announced that the complete SITP system would not be operating early next year after all.

Add to all this the fact that the SITPs usually carry few or no possengers. Perhaps that's why some of the small urban bus companies announced recently that they'll drop their participation in the system.

What does this all mean? For starters, that governments are usually incompetent at running businesses.

What else does it mean? That Bogotá will be cursed for a long time yet with chaotic, ancient and highly polluting buses. 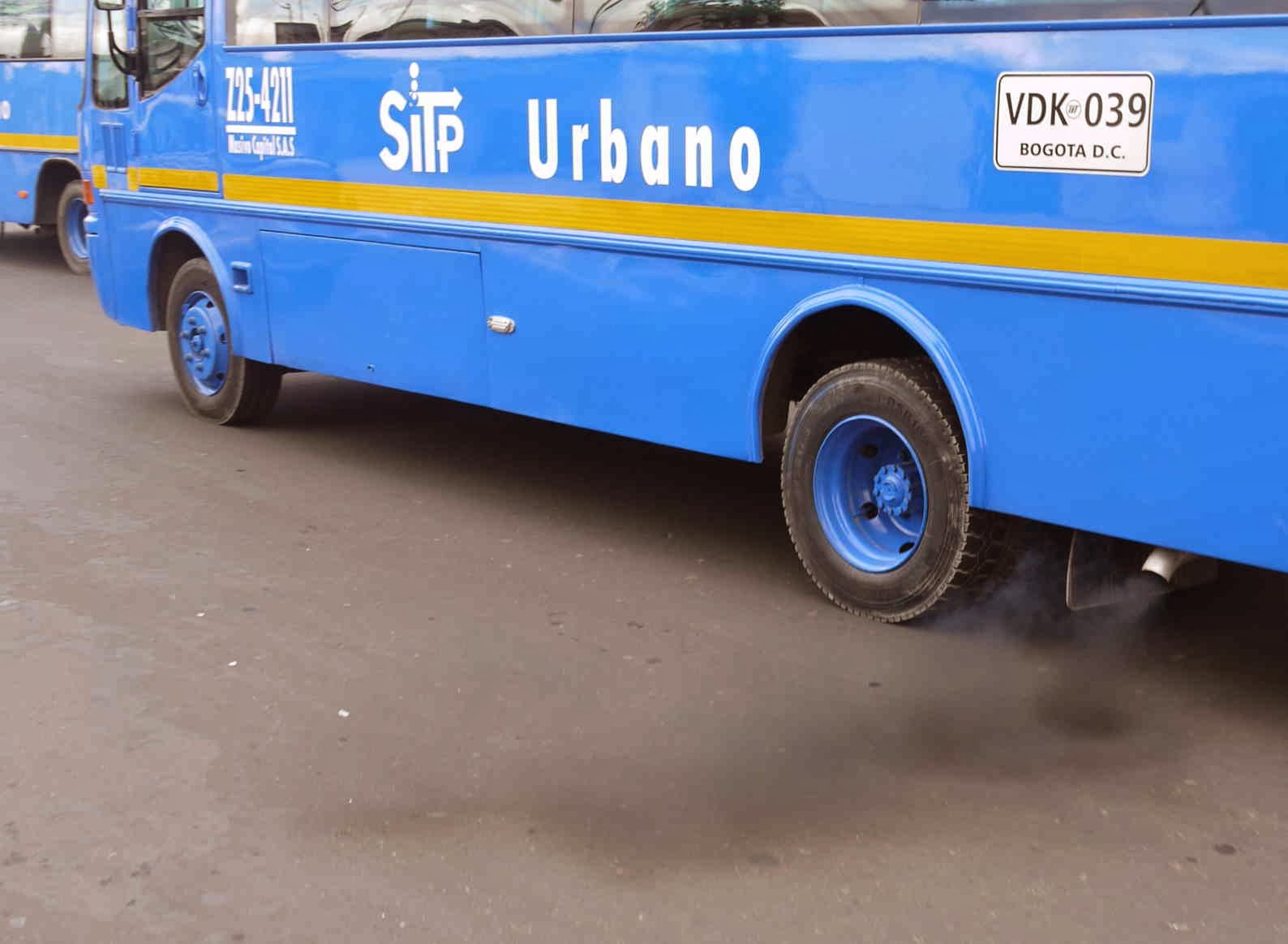 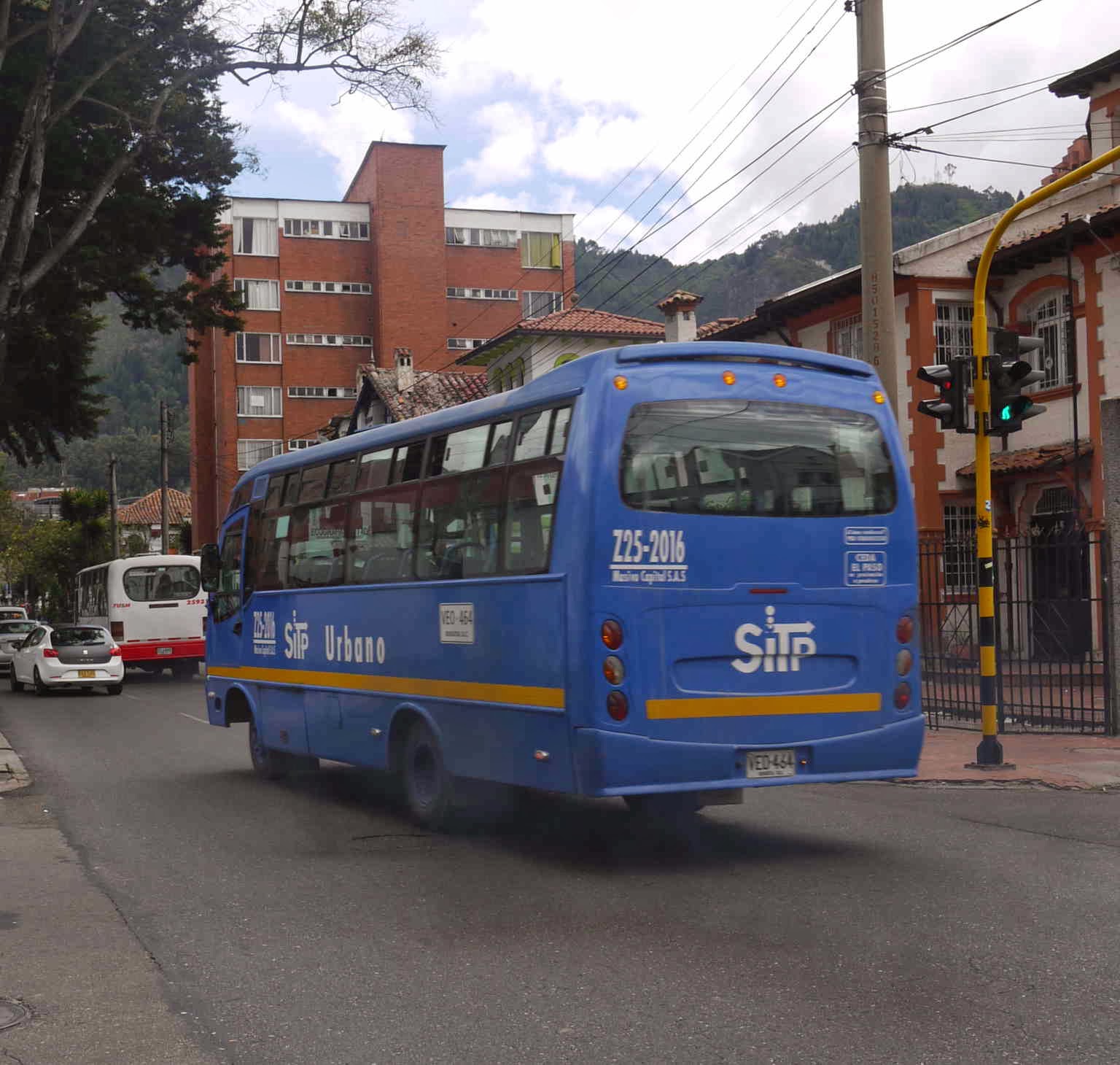 In the port city of Buenaventura more than 2,500 people have been forced from their homes recently by fighting between the bands Los Urabeños y La Empresa. Buenaventura is an important route for smuggling cocaine north toward the United States.

And in the town of Sincelejo on Bogotá's Caribbean coast the mayor just announced that the traditional correlejas will be canceled next year because the city doesn't have enough police to keep the event safe and also fight a crime wave across the city.

According to a new report by the United Nations Development Program, Latin America is suffering a violence epidemic.

'Most of the region's nations suffer violence rates considered epidemic by the World Health Organization,' the report says.

Ten murders per 100,000 people per year is defined as epidemic. During the cartel wars of the 1980s Colombia's murder rate hit 57 per 100,000 and then soared to 95 per 100,000 by 1993, according to this paper from the University of San Francisco. (During that period, when Pablo Escobar was paying his assassins $1,000 for each police officer they killed, Medellin's homicide rate was a terrifyingl astronomical 350 per 100,000 people.)

Of course, we all know that that violent scourge has passed into history. Except that Colombia's homicide rate seems to have stabilized in the low 30s per 100,000, still epidemic and much higher than the rate in Mexico, which has been scourged by drug-related violence, where the rate is 22 per 100,000. But small, poor, corrupt nations with weak institutions are doing even worse. Nicaragua and El Salvador have homicide rates of 64 and 77 per 100,000 people respectively.

The region's homicide epidemic has many causes, including poverty, unequal income distribution, and easy availability of firearms. But the huge driver is undoubtedly the illegal drug trade, which channels huge amounts of money to violent, illegal groups which practice dispute resolution policies of 'shoot first, talk later.'

In fact, 11 of the region's 18 countries have homicide rates considered 'epidemic.' And, in addition to homicide's human costs, it also takes a huge bite out of the economy, of 2-3% in relatively peaceful nations such as Chile, Uruguay and Costa Rica, and as much as 10% in the most violent nations.

Most of the possible solutions, such as increasing security and the rule of law, are difficult and will take a long time to implement. But one solution could be implemented relatively quickly.

'Legalize and regulate drugs,' recommends the University of San Francisco paper. 'If drugs are legalized and regulated, they will be taken off the black market and out of the domain of violent insurgent groups. These groups will stop being able to fund themselves,' and presumably lose the motive and capacity to wreak havoc. 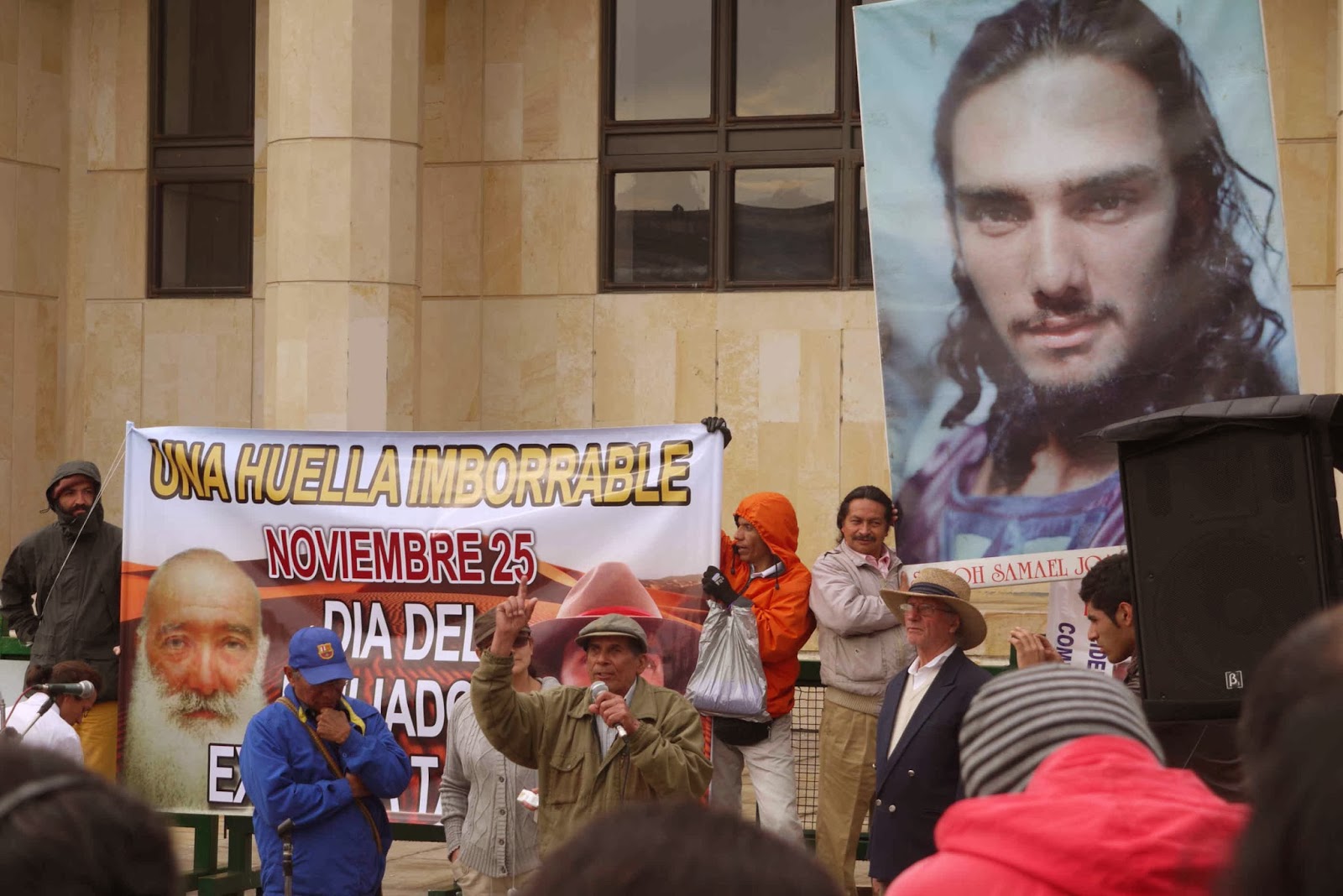 I hadn't known that Taoism, which comes from Asia, even existed Colombia. But there they were this afternoon on Plaza Bolivar, rallying almost like the many other human rights groups, denouncing the Uribe administration for human rights violations, including the alleged killings of Taoists. I said 'almost', since the rally also included kids practicing martial arts, huge images of bearded Tao |leaders, who looked like figures from the Old Testament, and - even more strangely - a huge wooden cross.

Roso, a young Taoist handing out literature on the plaza, told me that in 2004 some 500 Taoists were murdered by the military near their temple in the town of Guitama "because we were teaching healthy living habits." Many massacres did take place in Colombia during the 1990s and early 2000s. But none produced 500 victims, much less because they promoted healthy living. It seems likely to me that the military or paramilitaries might have observed this eccentric community and assumed, rightly or wrongly, that they were guerrilla supporters.

Roso also offered an even more bizarre explanation for the military's alleged crimes against the Taos: Zionism. He didn't explain the connection on this one.

Roso also explained to me that Taoism in Colombia relies on three fundamental practices: dietary rules, exercise and sexual discipline. "Never mix sweet and sour foods," he said. "Eating sweet and sour together is why so many people have cancer." 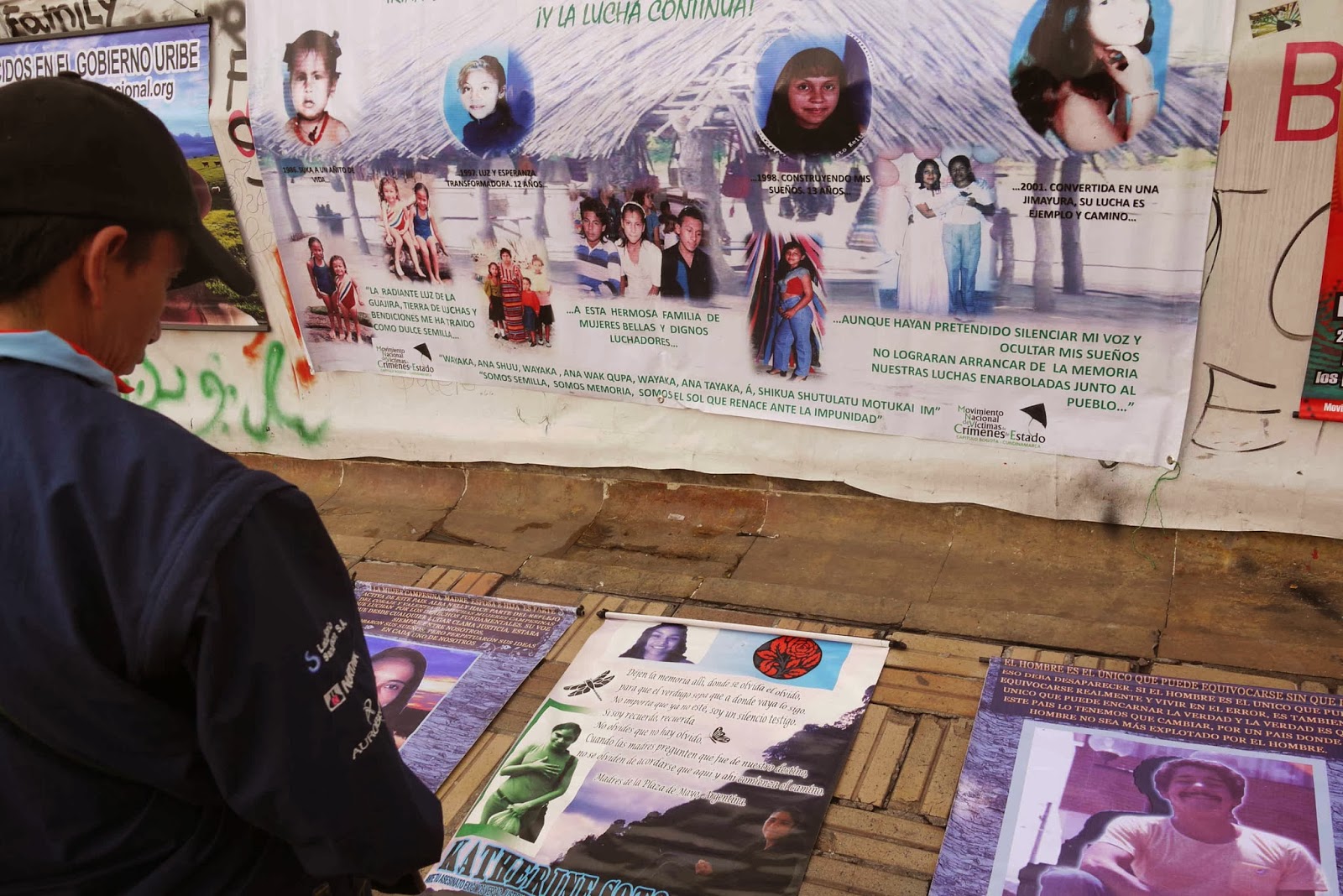 I couldn't help asking Roso why the Taoist rally featured a huge wooden cross. The explanation seemed to be that Taoists recognized the prophets of other religions. 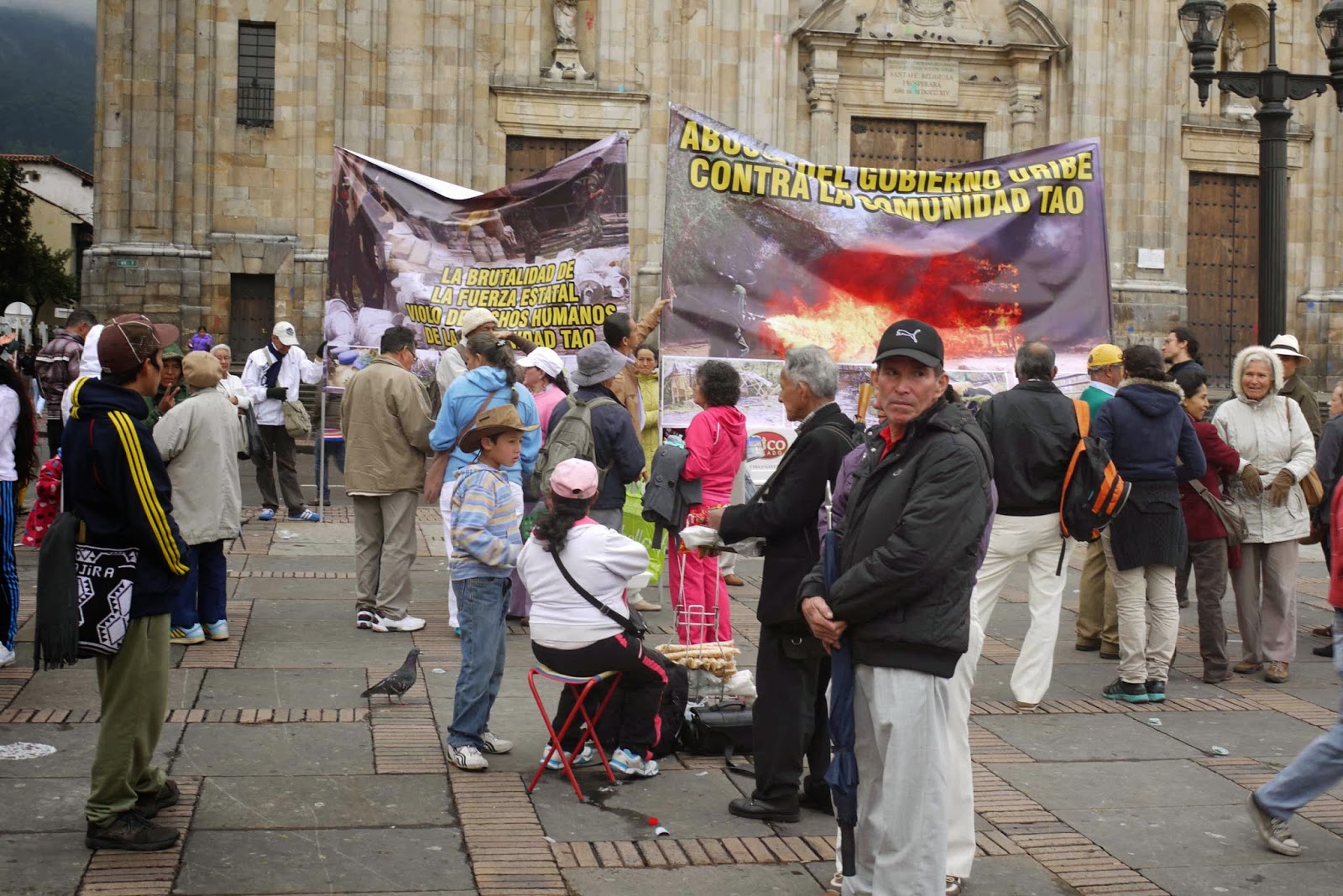 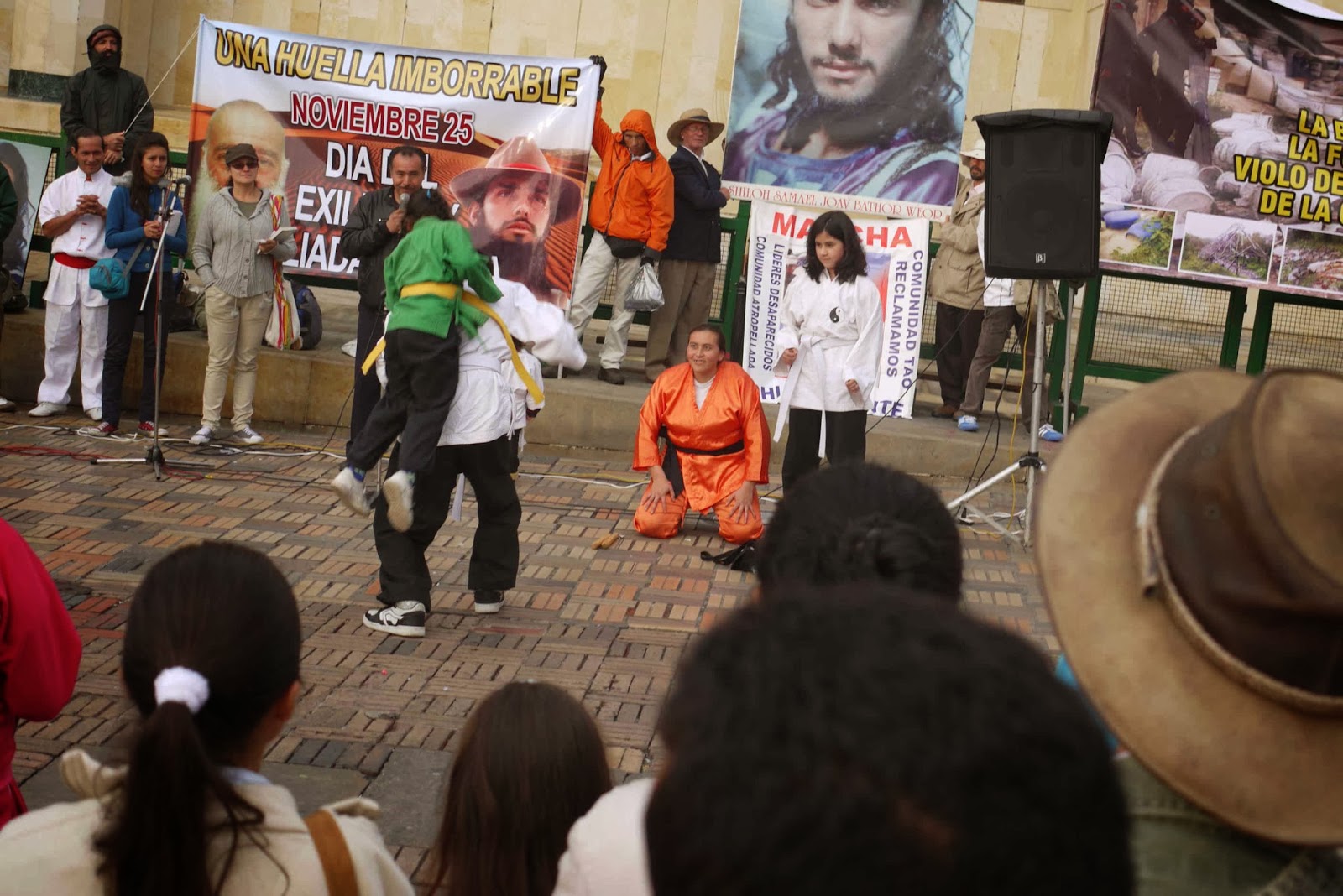 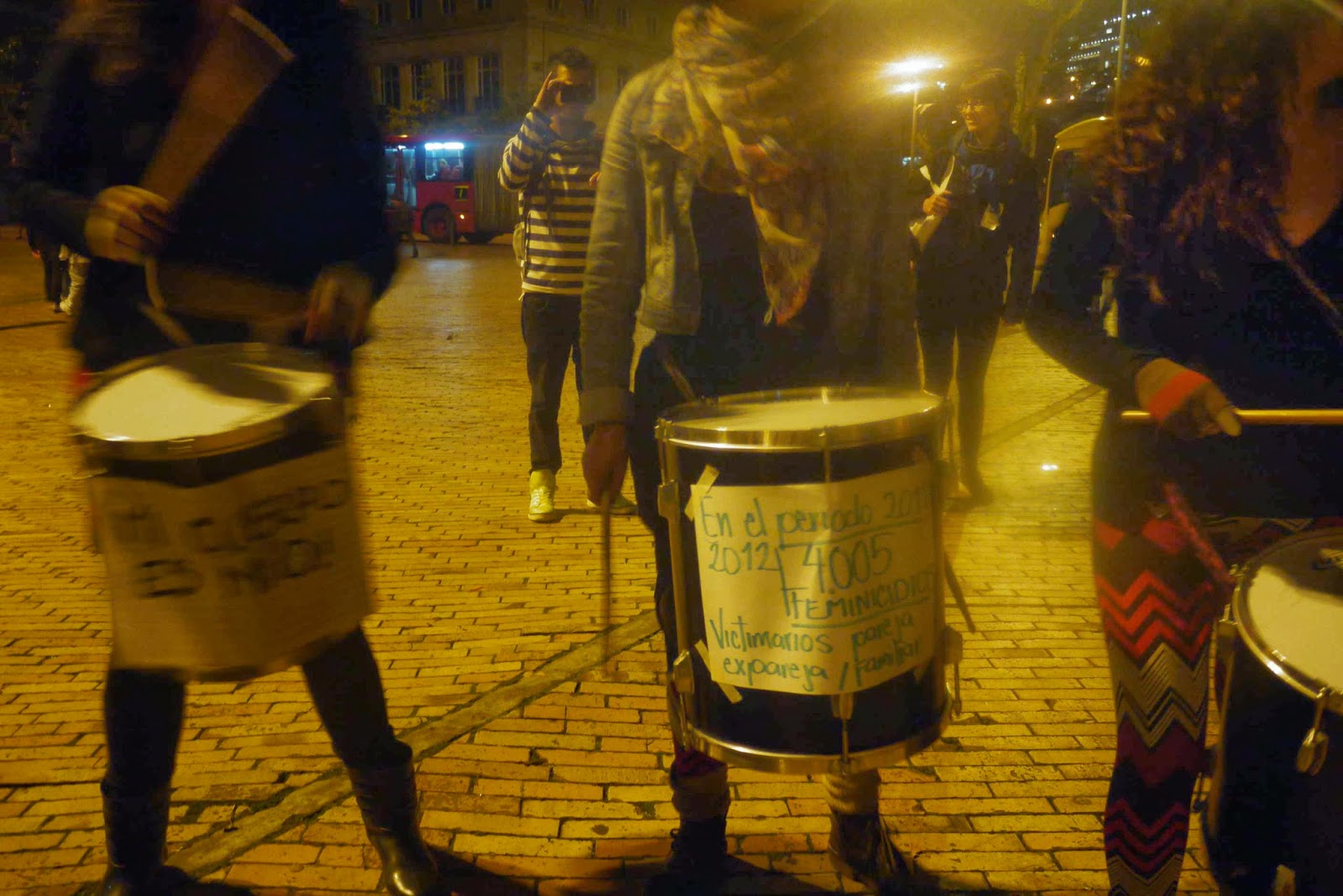 These women, some of them shirtless, marched thru La Candelaria protesting against violence against women, on the International Day Against Violence Against Women. Gender violence is certainly a cronic problem in Colombia, where drinking rates seem high and a macho culture persists.

According to this article, during the first four months of 2013 more than 500 girls and women were murdered in Colombia. The article in El Tiempo reports that activists plan to transmit anti-violence ads to football fans. The strategy makes sense, altho it's also ironic that football, and the drinking assocated with it, is a driver of many kinds of violence, including violence against women. 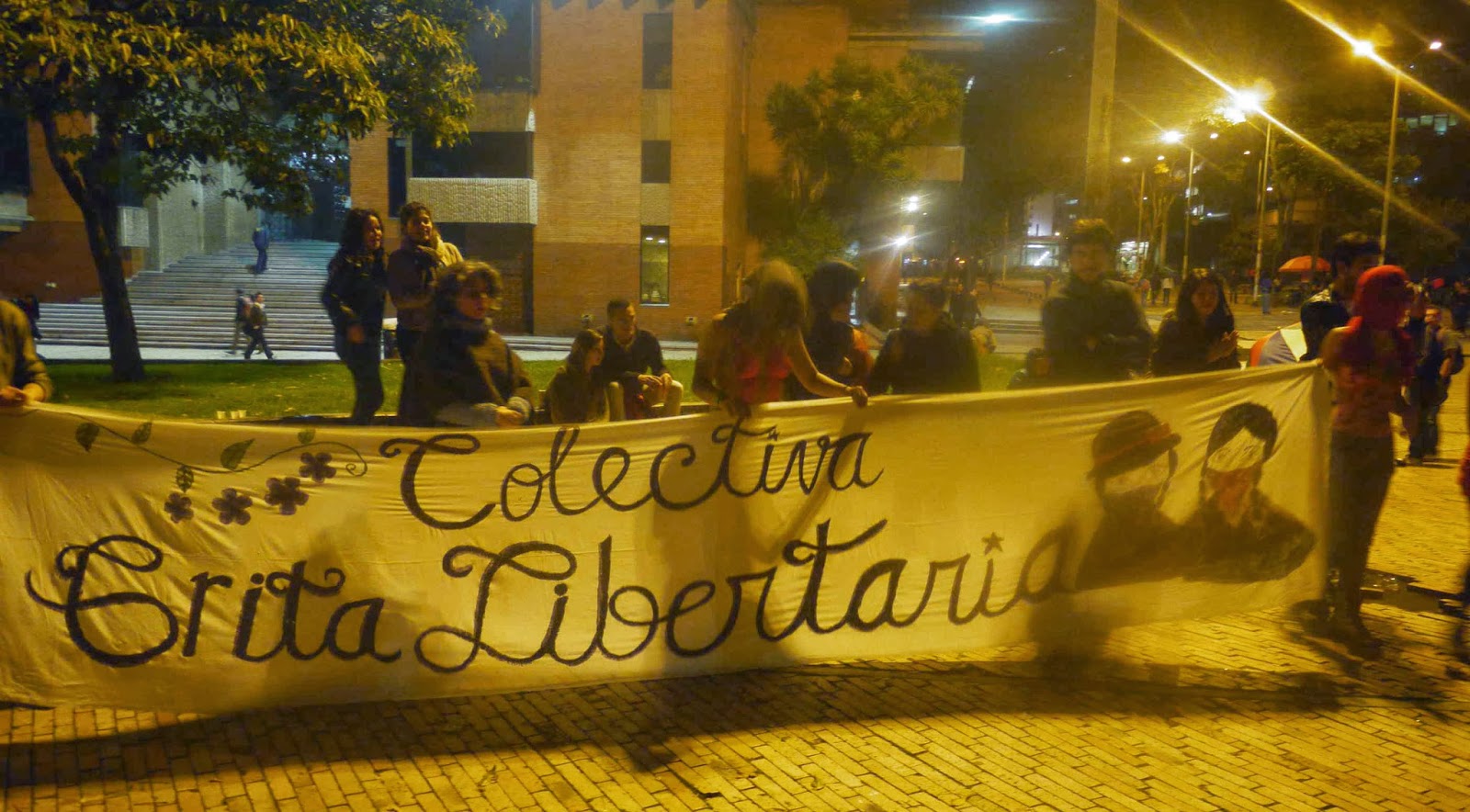 Topless participants in the protest. 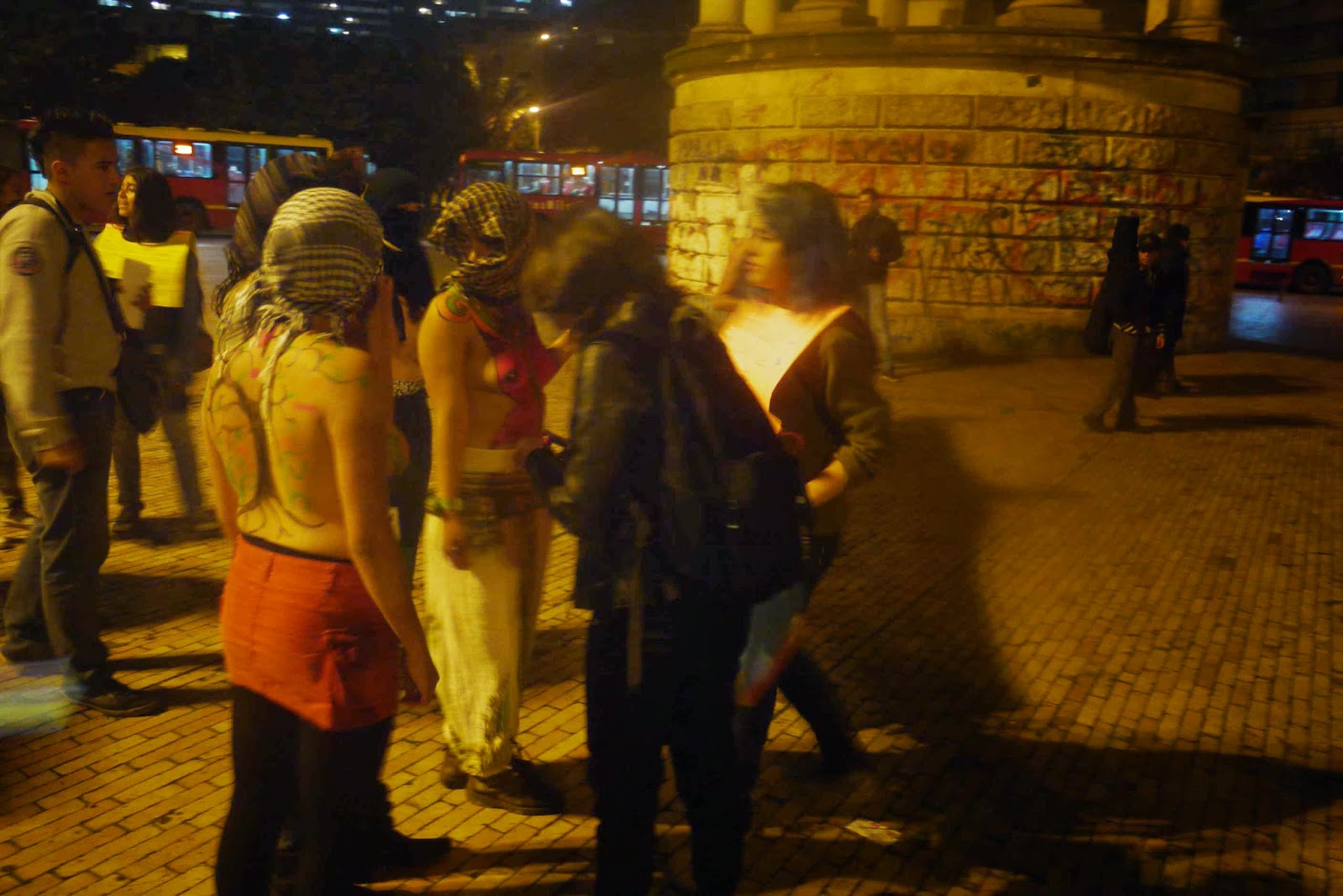 The 50th anniversary of the assassination of John F. Kennedy seems like an appropriate time to recall Colombia's many, many political martyrs.

Colombia's most famous martyr was undoubtedly leftist, populist politician Jorge Eliecer Gaitan, whose slaying in downtown Bogotá in 1948 triggered the Bogotazó riots and generated almost as many conspiracy theories as did Kennedy's assassination. The shooting has some parallels to JFK's: after Gaitan was gunned down on a sidewalk, the apparent assassin, a mentally ill man named Juan Roa Sierra, was killed by the furious crowd. As a result, some still dispute that Sierra was the real killer, and conspiracy theories abound about political enemies or foreign powers having planned the killing.

Camilo Torres, chaplain of the National University in Bogotá, was an idealistic leftist who in 1966 gave up on the system, joined the ELN guerrillas and was killed in his first battle. He remains an enduring symbol of protest for many young Colombians.