A Stadium for Nobody?


When he got elected in 2012 with the fervid support of animal rights activists, Mayor Gustavo Petro promised to turn the Santamaria bullring into a cultural center. The Plaza de Toros would become a Plaza de Todos - a place for everybody.

For a while, that seemed to become reality. The last bullfights were held in early 2012, and for a while the plaza was used for cultural events: concerts, gymnastics, theater, high-diving and, most memorably, ice skating. Attendance, however, was irregular.

But since late last year the plaza has sat sadly empty and unused, except for occasional visits by tourists and bullfighters practicing their passes. It's a sad state for one of Bogotá's historical, architectural and cultural landmarks. The stadium was built in 1931 by cattleman Ignacio Sanz de Santamaría, who went bankrupt doing it, and has been the scene of landmark events such as the launch of Jorge Eliecer Gaitan's presidential campaign and a 1950s political massacre by henchmen of dictator Gustavo Rojas Pinilla.

It also has been South America's most important bullfighting arena, hosting immortals such as Manolete, José Tomás and Colombia's Cesar Rincon.

Now, Mayor Petro plans a $37 billion peso remodelation of the building, projected to last thru 2018. (Naturally, it'll take longer and cost more.) The plaza is unquestionably worn and bedraggled. Some of the concrete seats are cracked and crumbling, the paint is fading and weeds sprout in corners. But the building seems structurally sound. The renovation is intended to make the plaza better for concerts and other events. But why invest all that money if the plaza already works for such events - and yet sits empty? Besides, the plaza's neighbors have sued to prohibit concerts there, and their attitude won't likely change.

In 2013, Petro installed an ice skating rink in the plaza during the normal bullfighting season - which just happened to make bullfighting impossible. Some of us suspect that the renovation plan is really yet another maneuver to prevent bullfights, and that once renovated, the plaza will no longer be useful for bullfights.

The bullfighting stadium is a handsome landmark with a great location, so it's a tragedy that it sits nearly unused. With a simple facelift it'd be an excellent site for concerts, cultural events - and even bullfights. But closing the place for four years and spending a small fortune on it isn't the way to get the most out of the plaza. 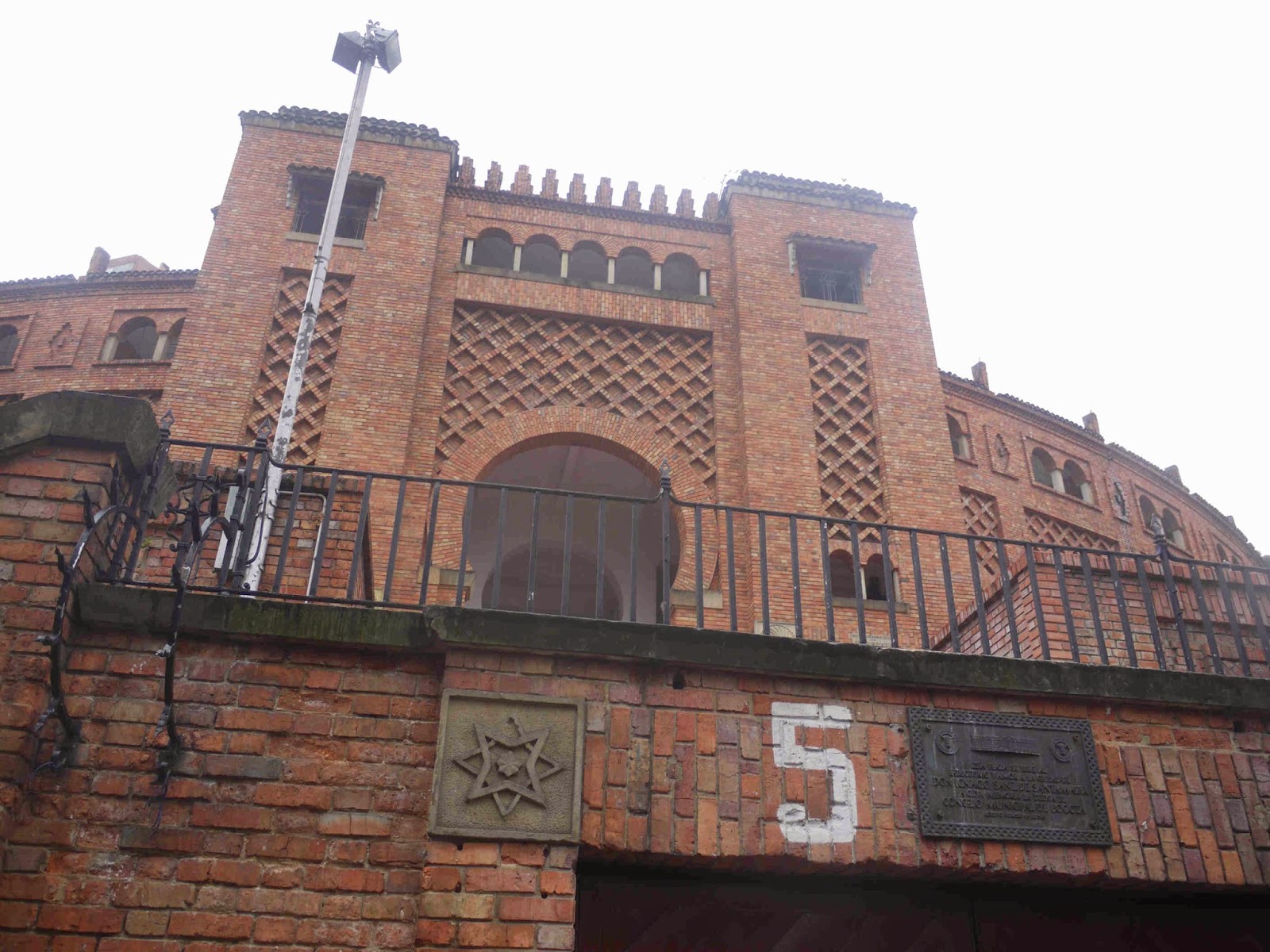 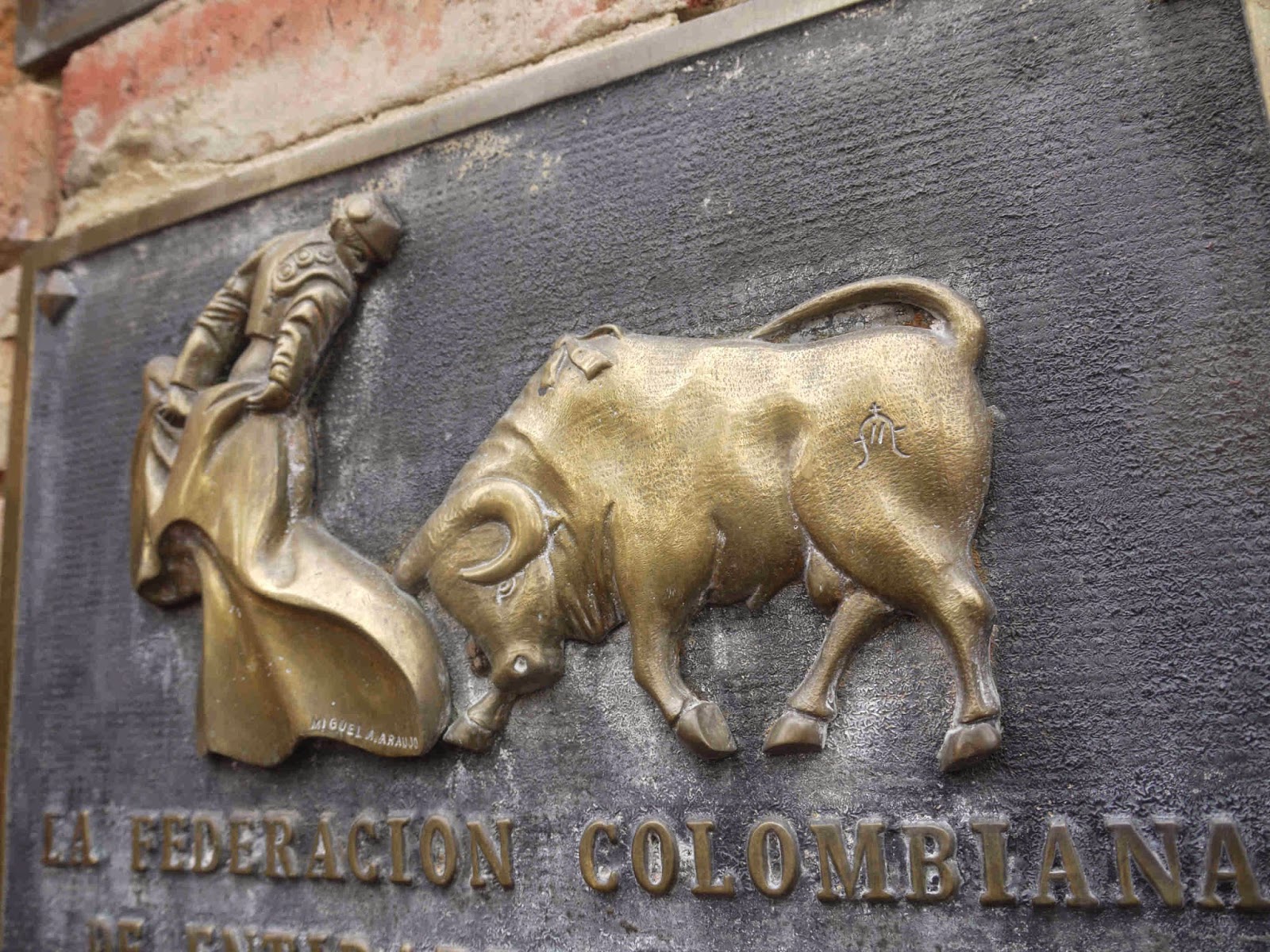 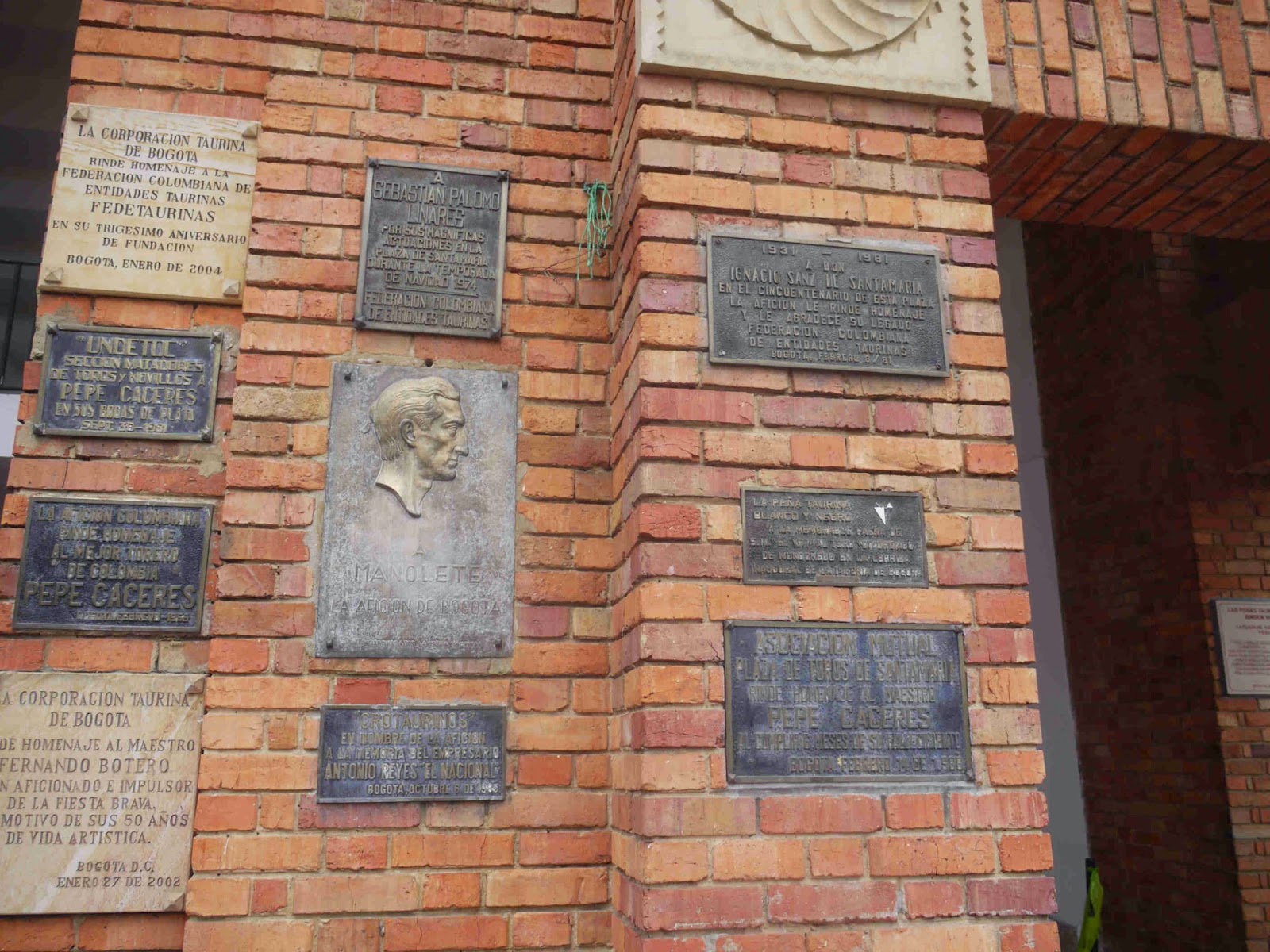 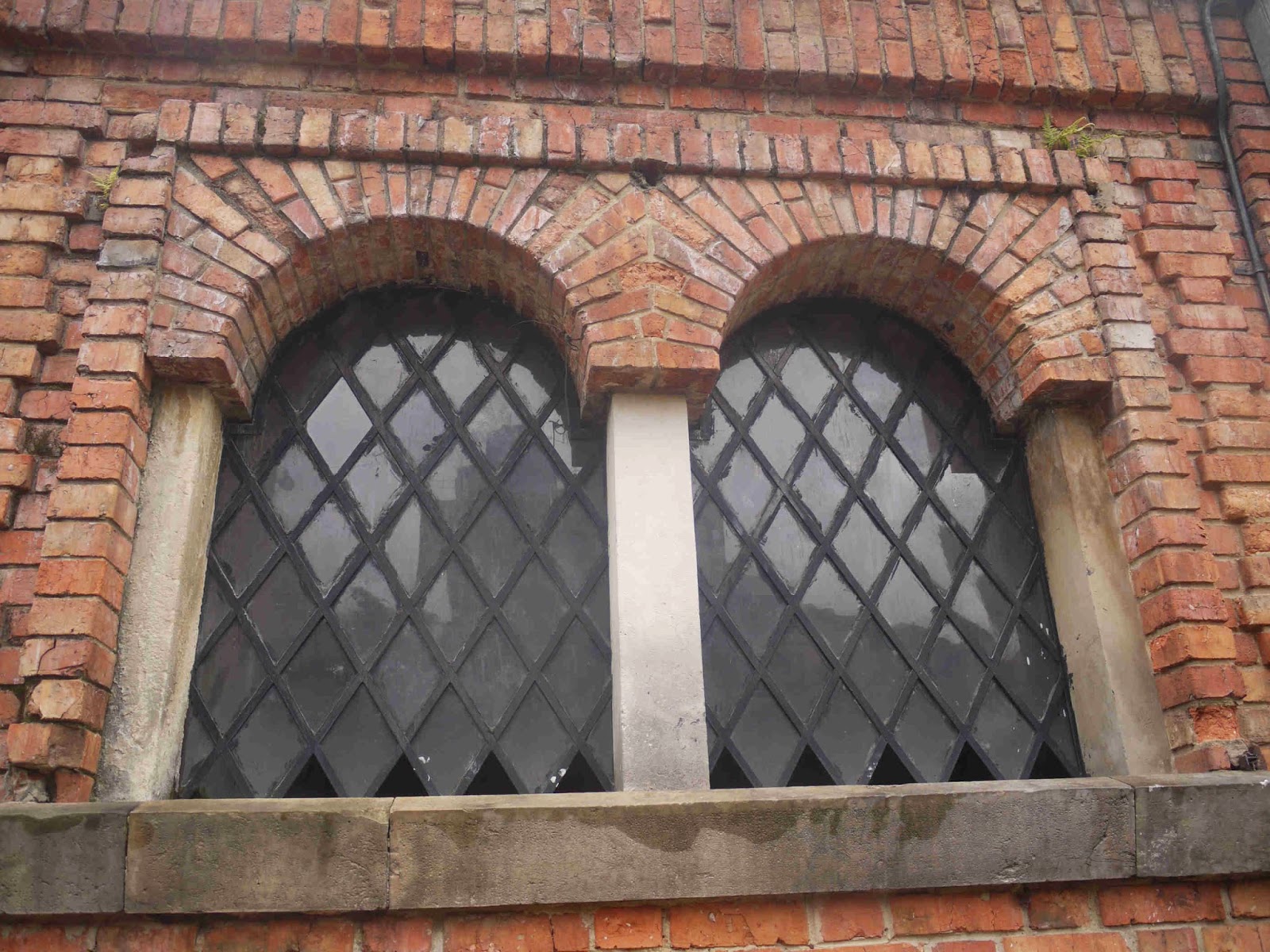 Another Doomed Scheme for La Septima


Carrera Septima has been a story of futility for Bogotá transit. It's Bogotá's most iconic avenue, but also one of its most polluted and chaotic.

City leaders have proposed one solution after another, but put virtually none of them into action. There was the idea of a TransMilenio line along La Septima, which died a quiet death. Then Samuel Moreno's proposal for a 'TransMilenio Light' line, which died with Moreno's imprisonment. Petro's idea of a light rail line has run up against legal and technical obstacles. About the only novelty on the avenue are TransMilenio's flex 'ecobuses,' which are low pollution, but get trapped in the same congestion as other vehicles.

Now, the city plans to create a TransMilenio-style bus-only lane on Carrera Septima. It's a good idea in principle - but where tires hit the road, the best-laid plans can fail.

The outside, right-hand lanes are to be bus-only. But what will happen when a truck stops to load or unload?
And will Bogotá's drivers, known for ignoring laws, respect a lane just because there's a dividing line painted there? TransMilenio lanes are protected by a concrete barrier...
yet, nevertheless, on some avenues, cars and buses illegally invade the TransMilenio lanes.
Exclusive bus lanes are a good idea, as would be car-pool lanes. But Bogotanos' lack of respect for the law will probably make this yet another one of Petro's idealistic schemes which will fall to earth when it meets the reality on the street.

In any case, here's another doomed suggestion:

When they implement this scheme, how about prohibiting those rolling chimneys from the bus-only lanes? 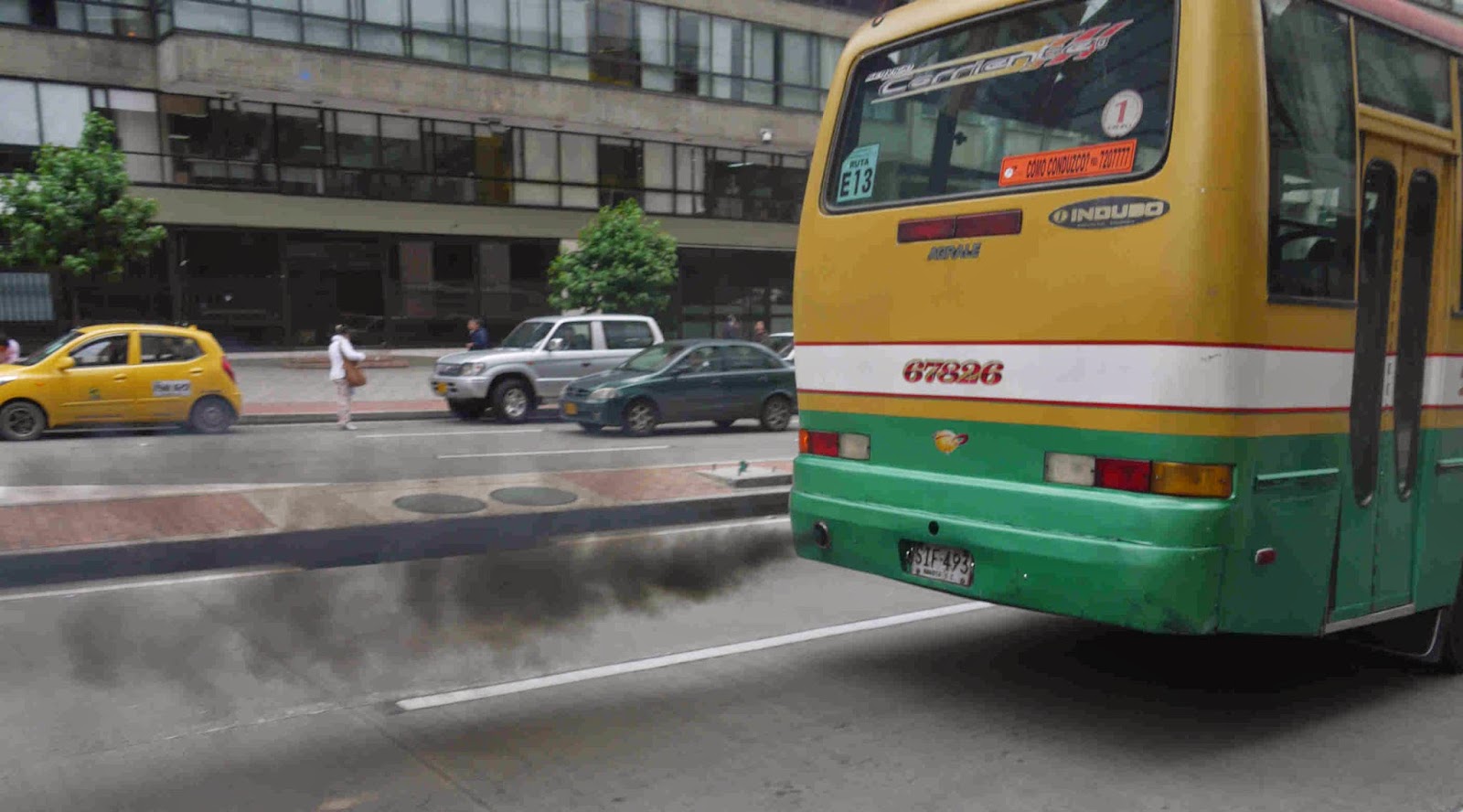 Colombian media are asking whether the 'electric pistols', commonly known as tasers, are dangerous. Colombian police use some of the devices and may buy more of them.

The answer obviously is 'yes,' but that's the wrong question. Nothing is perfectly safe, particularly a device designed to incapacitate violent criminals by causing them pain.

And police will use some dangerous device, whether billy clubs, tasers or regular guns. The right question to ask is whether tasers are better than the alternative.

Tasers have a bad image here, and perhaps rightly so, because last August Israel Hernandez, an 18 year-old Colombian-American graffiti artist was killed in Miami Beach by a police taser charge.

Hernandez's death was a tragedy. However, in August 2011 another young Colombian grafitero, Diego Felipe Becerra, died in Bogotá after police chased and shot him with a real gun. Becerra would probably be alive today if those cops had been using a taser.

According to Amnesty International since 2001 500 people in the United States have been killed by electric stun guns. Every one of those deaths is a tragedy. But every year tens of thousands of people in the U.S. are killed by firearms. If those were replaced by tasers, almost all of those people would have survived.

Any weapon can be deadly. I'm sure that many people have been killed with billy clubs. But tasers will more likely be used in place of real guns. For all the dangers of tasers, real guns are much more dangerous, not only to the suspect, but also to bystanders. A bullet can kill or injure someone hundreds of meters away. Miss with a taser charge and nothing happens.

According to a police study cited by Wikipedia, taser use reduced police deaths by 75%. The Taser company's website claims that their products have saved 128,000 lives and counting. I wonder how they came up with that number. However, if I were a youth being chased, rightly or wrongly, by police, I'd much prefer they carried electric pistols than ones with bullets in them.

And, if I were a cop, I'm sure I'd prefer an electric pistol to a real gun except in extreme situations. Say you're called to a tavern where a drunk construction worker is throwing chairs at the walls. You can't get close enough to club or tackle him. You could try to shooting him in the arm, but you might miss and kill him or another patron. And shooting a suspect would surely mean an investigation and newspaper headlines. So, you pull out your electric pistol and immobilize the guy, at minimal risk to other bar patrons.

Another danger of real guns was highlighted by the ongoing scandal over the importation of thousands of Sig Sauer pistols, apparently in violation of German law. Some of those pistols were stolen before police even received them - meaning that criminals are likely using them today to rape, robbery or even murder. I'd much rather that those criminals get their hands on tasers - which fire only one to three times and which the bad guys probably wouldn't even know how to use - than real guns.

It's amazing to me, too, how the potentially illegal purchase of tens of thousands of deadly real guns and the theft of some of them, produced little news, while the purchase of a few hundred electric stun guns has generated a firestorm. It's a testament to how blasé society has become about the proliferation of firearms.

Few nations have had more experience with violence in recent decades than has Colombia, and probably no region of the world more than Latin America.

So the exhibit 'Reality in Conflict' on now in the Espacio Arte Nexus in the Las Nieves neighborhood is timely and thought provoking. A girl peers out thru a bullet hole in a window in Medellin's notorious Comuna 13; Paramilitary fighters with automatic rifles overlook Medellin; Bolívar's plate crumbles into cocaine; Colombia's 1,000-peso bills carries not only one image of martyred leader Gaitan, but many.

The works, all of which come from private collections, span decades of art and include work by famed photographers and painters. Most are understated, but their message is still clear.

Unfortunately, the gallery, located on the second floor of a nondescript building in the Las Nieves neighborhood, is only open for walk-in visitors on Saturdays. However, you can call and make an appointment to see the exhibition on a different day. The exhibit ends Aug. 7. Tel: 249-5514

Amidst the plethora of abstract art exhibitions, which say almost nothing, this one's worth seeing. 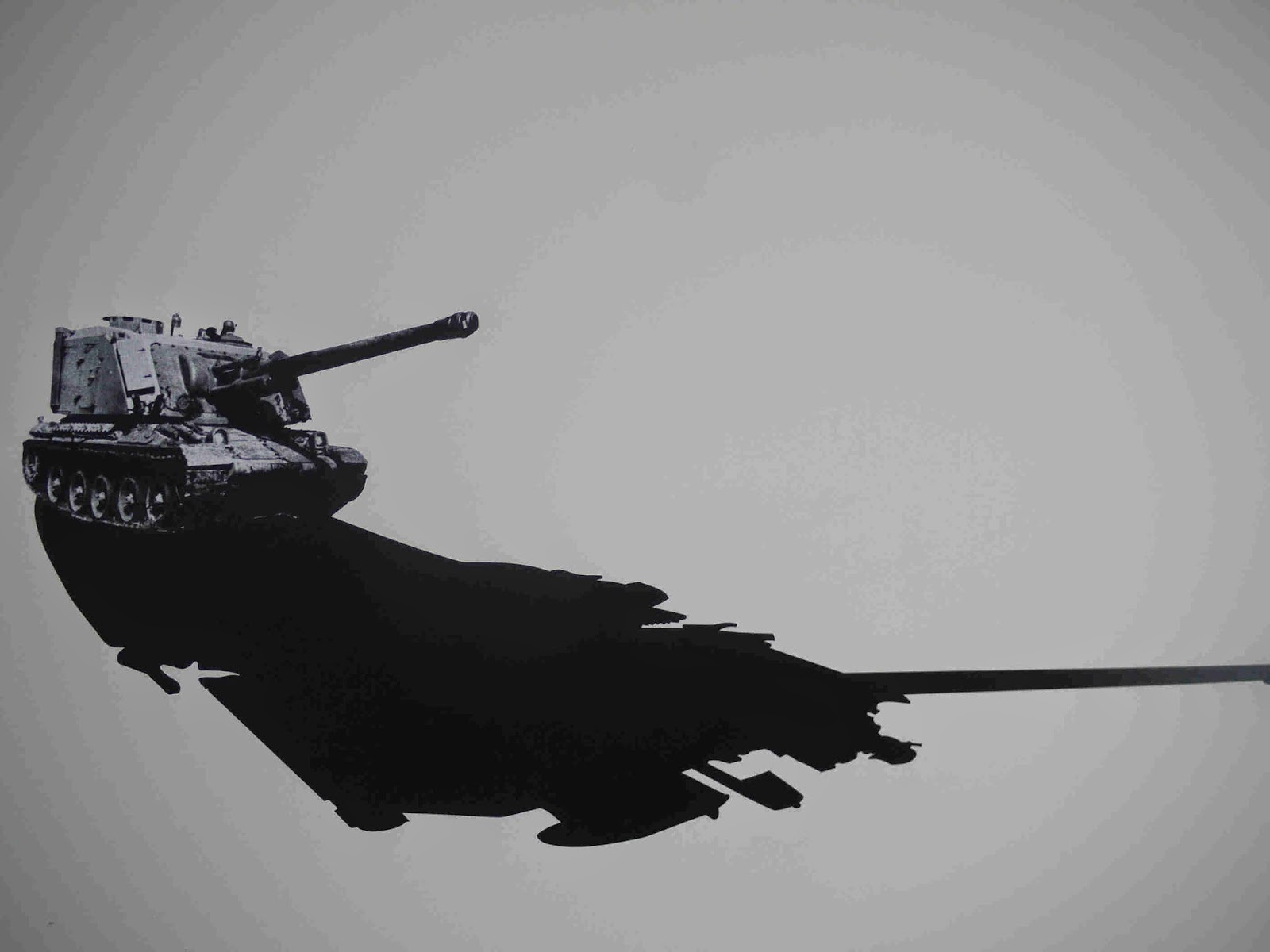 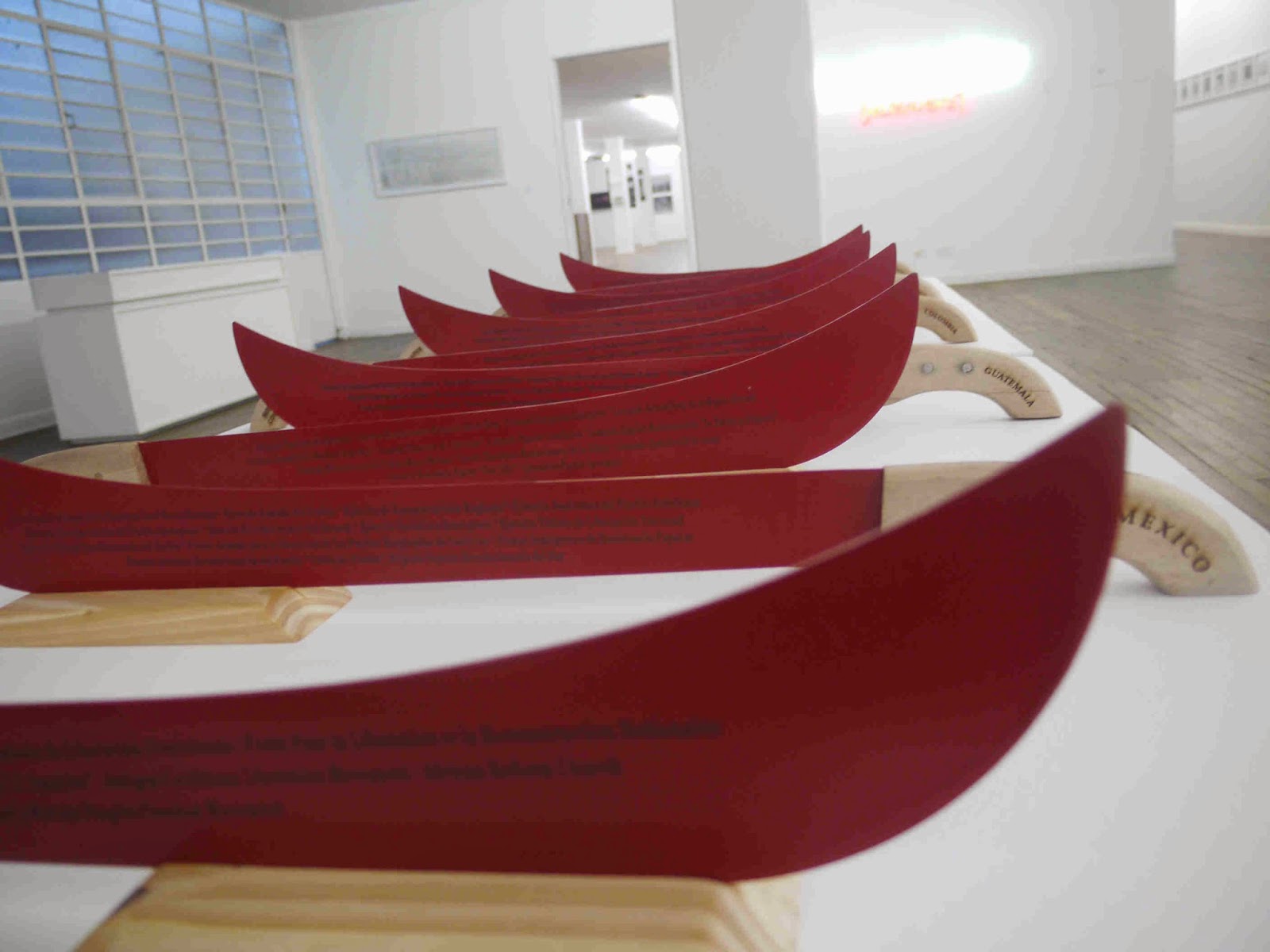 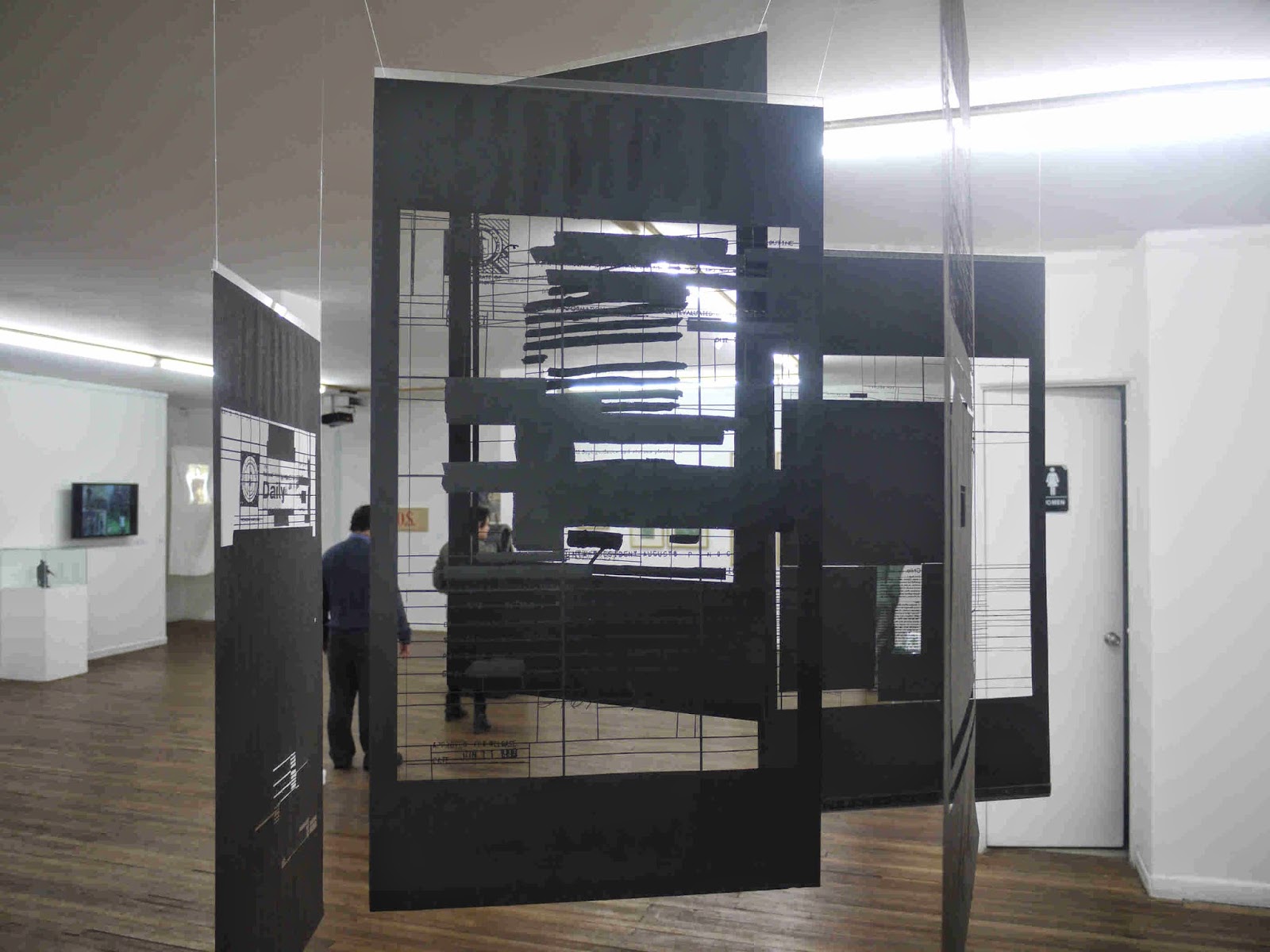 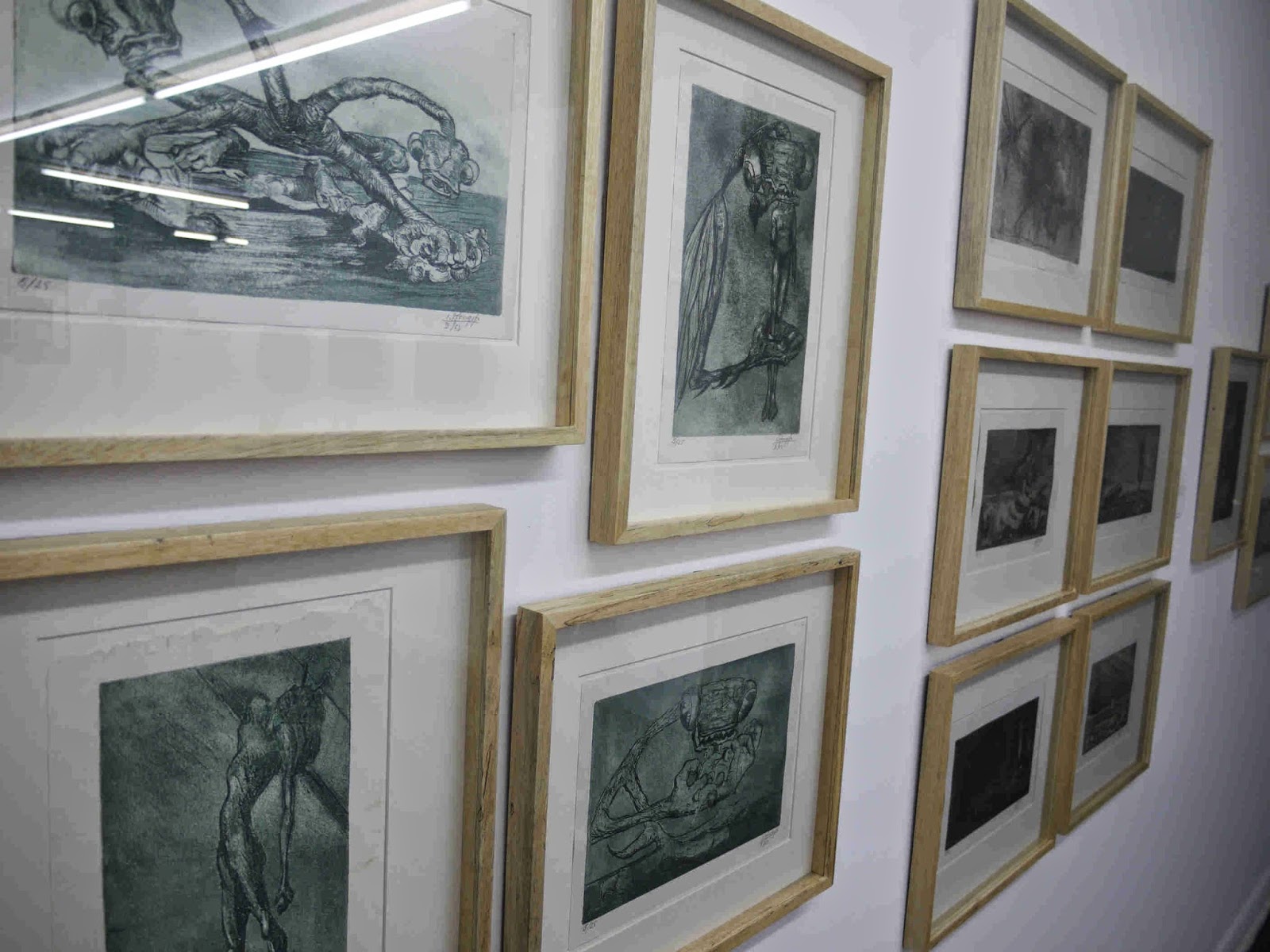 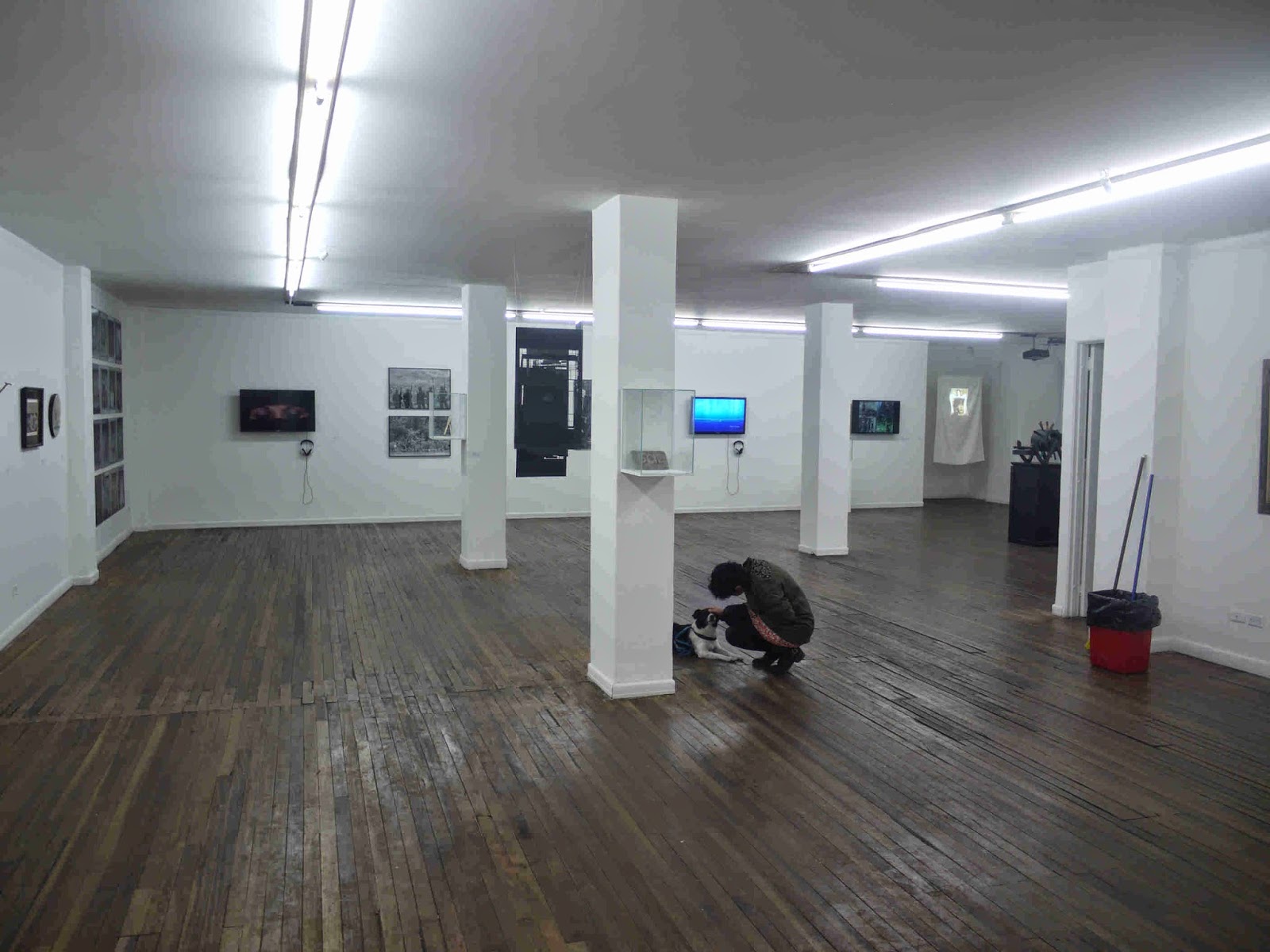