Nudists and a Nude in the National Park 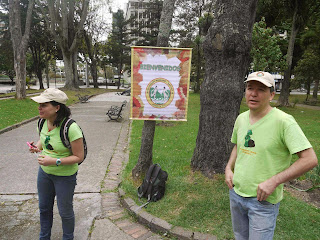 Today, these folks with the Nudism and Naturist Association of Bogotá were in the Parque Nacional asking the public what we thought of nudism. I think it's great, for those who want to do it, but it's obviously not for everybody. While nudism isn't big in Colombia, the Santa Marta/Tayrona Park region has several nude beaches.

Is nudism natural? Scientists believe that at least some humans have been wearing some sorts of clothing for close to 200,000 years - at least. That's far longer than humans have been doing, for example, agriculture, which I think most of us consider to be natural.

Just a few meters from the nudism activists, a young woman was standing practically nude, her body colorfully painted, as part of a university art project. The nudists seemed a bit embarrassed by her, hurrying to point out that theirs was an unrelated activity - perhaps because they're in favor of nudism, but not exhibitionism. 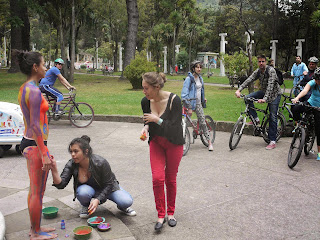 For her part, the students were doing a project for their Social Communication course at the Universidad Cooperativa. And nudism is unquestionably a form of communication that's very social.

Can a naked, painted woman be art? they asked me. Sure, she can. Of course, anything at all can be art these days. 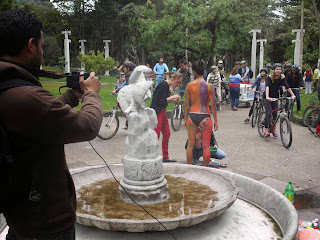 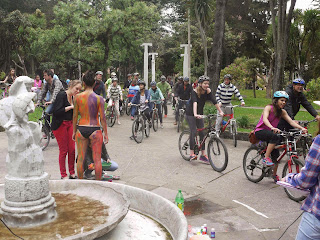