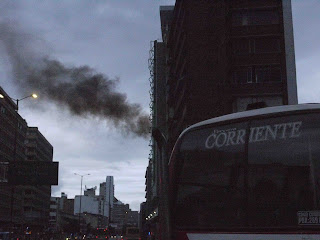 Celebrate! Bogotá just extended the life of the city 'Provisional' Integrated System of Public Transit (SITP) for yet another year. Just translate 'provisional' as 'perpetual' and you'll have a better understading of the situation.

As terribly polluting as are many of Bogotá's cars, buses, trucks and factories, the provisional SITPs stand out as extraordinarily poisonous. It's hard to comprehend how a capital city supposedly concerned about health and air quality chooses to not only tolerate vehicles like these, but happily supplies them with subsidized diesel with which to poison all of us.

One might even ask why, someplace which is supposedly defending the public by cracking down on such terrible crimes as farejumping and the possession of small amounts of drugs, turns a blind eye to the violations of pollution laws which cause thousands of premature deaths in Bogotá alone.

A small start to improving things would be to retire the worst of the 'rolling chimneys' - if the city is willing to give public health more importance than private profits. 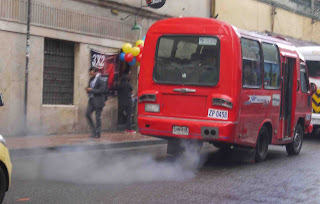 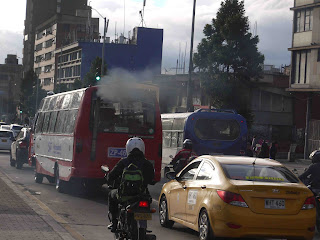 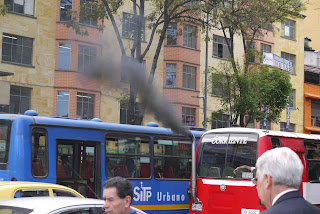 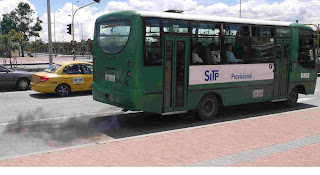 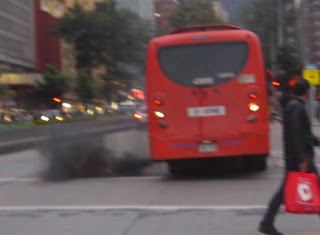