How the Muiscas Messaged Their Gods

When Spanish conquistadores arrived in this region in the 1530s they found a complex Muisca culture, who farmed corn, potatoes and coca leaf, mined gold and emeralds and created complex works of art, some of them meant to communicate with their gods.

The Gold Museum (the Museo de Oro) has an exhibition of offerings the Muiscas made to their gods, both before and after the Spanish arrival, as well as the receptacles used to store and transmit them. The exhibition was created in collaboration with a university in London, and the investigators were actually able to identify the work of some 15 individual artisans.

Many of the offerings, often made of gold and emeralds, were uncovered by campesino farmers or road building crews. Fortunately, those discoverers were honest. Most likely, some others were not, selling their finds on the black market.

According to the museum, the Muiscas placed more value in the gesture of giving than in the gift itself. And they gave gold to their gods, often made into exquisite artworks. Of course, theirs was a mostly non-capitalist society.

The tradition does also have a grim side - human sacrifice. One of the museum's texts describes how the sacrificial victim's blood was drained into a receptacle to offer to the gods. 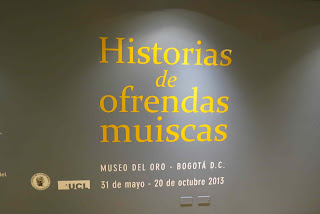 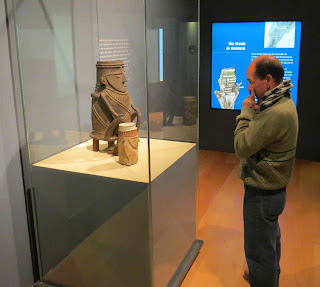 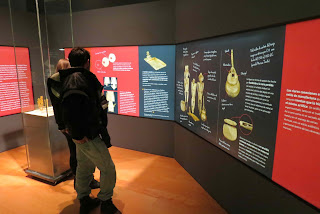 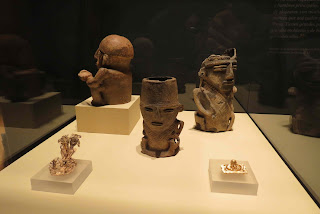 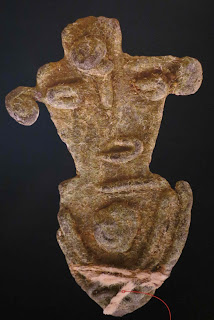 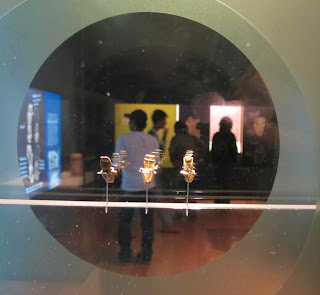 I think I have one of these little figures from Colombia. I would like to send a picture of it to see what you think.