What Goes Around Comes Around?


Colombia's Procurador Alejandro Ordoñez is one of the most powerful people in Colombia's government, with the authority to oust other officials for alleged misbehavior and corruption, yet most Colombians have probably heard of him for only one reason: Early this year he ousted Bogotá Mayor Gustavo Petro, who fought his way back into office after a month of court battles. 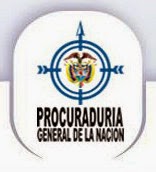 But Ordoñez may now taste a bit of his own medicine. The Consejo de Estado is expected to debate this week on whether or not Ordoñez's 2012 reelection (the position is elected by the Senate from nominees presented by the Supreme Court, Presidency and the Consejo de Estado) was valid. Three separate lawsuits argue that the reelection was either unconstitutional or corrupted by conflicts of interest. For example, some congressmembers had relatives working in the Procuraduria and others were being investigated by the Procuraduria.

The Procuraduria's website gives a feel for the office's wide-ranging powers, listing investigations and sanctions regarding corruption, municipal water services and the welfare of Cartagena's carriage horses.

Ordoñez's extreme conservatism - the Catholic Church he attends rejects Vatican II - and the polarizing battle over the mayoralty of Bogotá, make whatever he's involved in more about Ordoñez himself than the office he holds.

During the battle over Bogotá Mayor Gustavo Petro, who is an ex-leader of the M-19 guerrillas and whom Ordoñez accused of bungling the city's garbage collection, Petro's supporters compared Ordoñez to Satan and to Hitler. Many observers felt that Ordoñez's anti-Petro crusade was motivated more by ideology than concern for municipal hygiene.

But for Ordoñez's conservative supporters, the procurador's unyielding opposition to abortion, euthenasia and same-sex marriage make him a heroic defender of morality and traditional values. But the congressmembers and others whom Ordoñez has ousted from office have included many conservatives.

If Ordoñez loses his job, Petro will undoubtedly enjoy a good laugh, as well as sleep more soundly. But if Ordoñez has tried to enforce a rigid moral code, he has never as far as I know been accused of personal corruption. Depending on who replaces Ordoñez, a lot of corrupt officials might sleep more soundly as well.