A photo exhibition on now in the Centro de Memoria on Calle 26 beside the Central Cemetery makes a simple point: In Colombia's long conflict, there are no good guys. The leftist guerrillas, right-wing paramilitaries and even the government forces have all committed terrible crimes.

The victims of all sides, and the only good guys, are Colombia's civilians. Kidnapped, 'disappeared' and driven out of their homes and off their land, civilians have been attacked by groups which often claim to be defending them.

Today, the FARC guerrillas, Colombia's oldest and largest guerrilla group, are turning in their weapons and demobilizing. However, where the FARC go away, other illegal groups try to move in to take over the guerrillas' drug trafficking, extortion and illegal mining businesses. 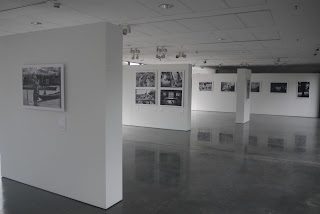 Girls and women in guerrilla groups may be exploited sexually and forced to have abortions.