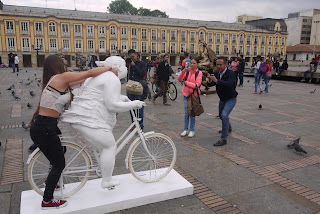 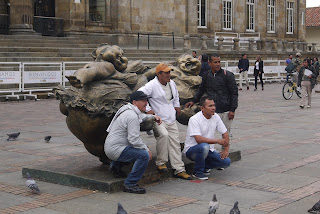 You could be forgiven for thinking that Fernando Botero, the Colombian artist known for creating, err, 'voluminous' figures had embraced everything Chinese, based on a walk across Plaza Bolivar these days. The plaza's southern end is populated by Botero-like fat female figures, but with Chinese features and much more dynamic poses.

These are in fact works by Chinese artist Xu Hongfei, which the Guardian newspaper describes as "jolly, state-approved sculptures." 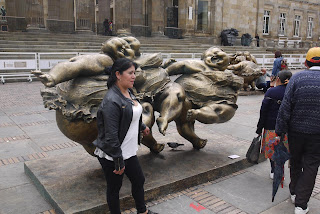 The sculptures were displayed in London on exactly the 25th anniversary of the Chinese government's murder of hundreds or thousands of pro-democracy activists on Tiananmen Square. Similarly, here in Bogotá, they provide some superficial fun while the world seems to spin out of control around us. 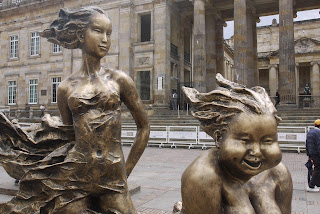 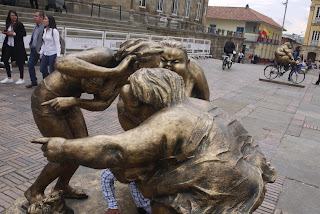 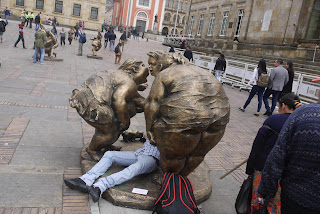 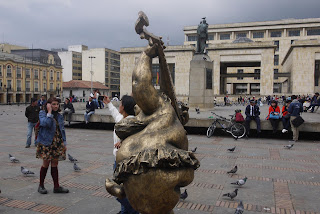 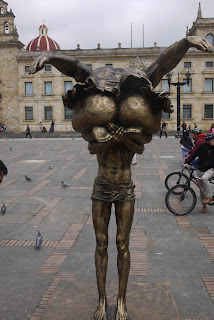 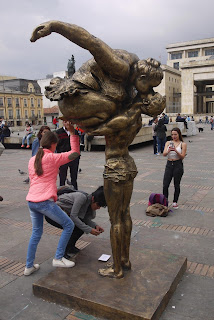 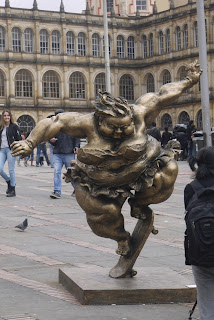