Pigeons are also a problem. Some people hate them and call them flying rats. And their feces corrode statues and public monuments. Which is why the city government recently banned pigeon feeding in Plaza Bolivar.

But other people love pigeons: They like to feed pigeons, run through crowds of pigeons and watch them scatter, even to put corn on themselves and become human pigeon roosts.

That's why the city's anti-pigeon rules are futile. The other day, post-pigeon ban, the buying and selling of corn and pigeon feeding were going on as normal.

All of which makes me ask: If Colombia cannot enforce a prohibition on its main plaza, amidst its government buildings, then how can it ever expect to do so in remote rural areas?

The answer is that it cannot, which is why drug prohibition has failed and likely always will. 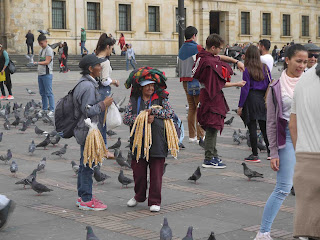 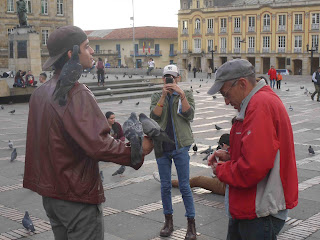