The National University: An Open-Air Canvas 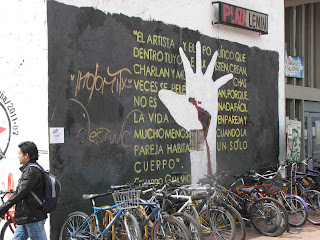 There's always something going on at Bogotá's National University, fondly known as La Nacho, and it's usually colorful and very leftist.

The university is known for its political activism and colorful graffiti - which is constantly changing. Today, we saw examples of both things. Medical students on la Plaza del Ché were taking direct action by building themselves a hospital out of cardboard. And the campus's graffiti was particularly radical, thanks to painting done during recent protests by students and teachers.

Lots of the murals defend and celebrate Colombia's leftist guerrillas, who have waged a half-century-long war to overthrow Colombia's government and replace it with a Marxist state. The guerrillas finance themselves thru extortion and narcotrafficking and have committed countless human rights violations, including kidnapping, planting land mines, recruiting children and driving peasants from their farms. But there's a saying here: 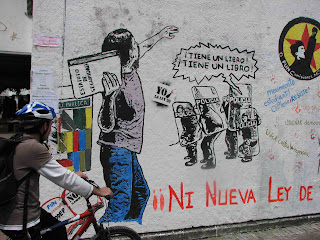 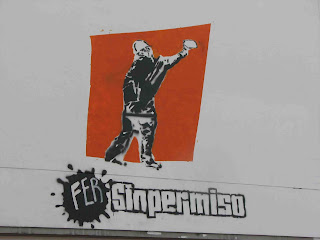 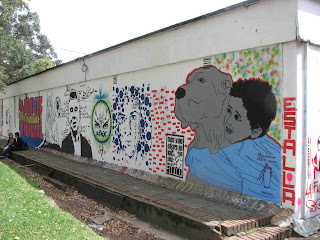 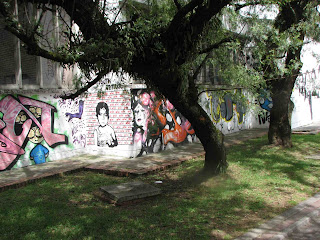