The cultural center was built in 2008 by the Mexican government's Economic Cultural Fund. (Garcia Marquez, knicknamed Gabo, has lived in Mexico City for many years, so there is a connection.) It's a handsome building, designed by Colombian architect Rogelio Salmona, with his characteristic curves and open spaces. The center also has a huge bookstore and hosts many exhibitions and cultural events, including talks and concerts. On Sundays, they often hold public aerobics in the center's open-air atrium.

In other words, the cultural center's a handsome place and a very positive addition to the neighborhood.

I once asked some of the center's employees whether it wouldn't make sense to have an exhibition there about Garcia Marquez's life and work. 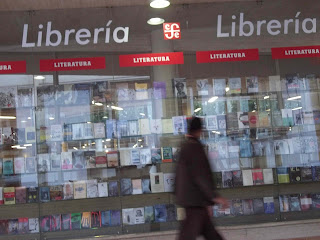 Well, they explained, but this center was built by Mexico. Sure, I agreed, but it is named the Gabriel Garcia Marquez Cultural Center.

They seemed to grudgingly agree that it'd be nice to have something about the Colombian novelist. I haven't seen anything, tho.

But if they prefer not to include any exhibitions about him, then why not just change the name? Then, at least, Gabo-worshipping tourists wouldn't come there looking for information about their literary idol. 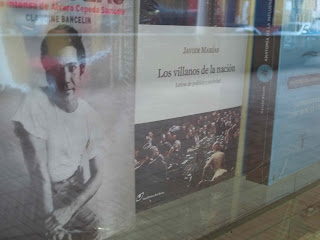