Theatre in the Park


The IberAmerican Theatre Festival, which began yesterday, includes performances in many of the city's parks, plazas and streets.

I took these photos today in the National Park, where a Bogotá theatre group was performing Robert Louis Stevenson's Treasure Island.

Nearby, another performance involving devils clambering over the park's structures was going on, as well as a marching bad doing its thing.

Yesterday's shamans' march apparently had only limited effect. Just a few minutes after I took these photos, it started raining. 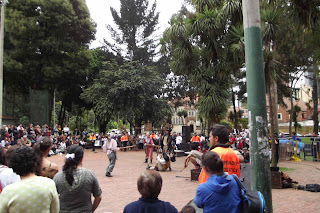 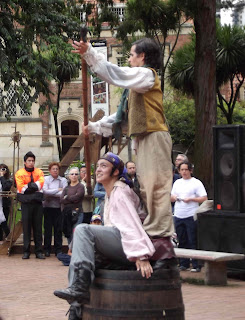 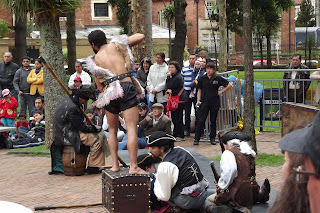 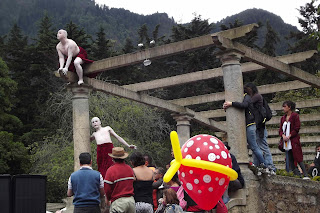 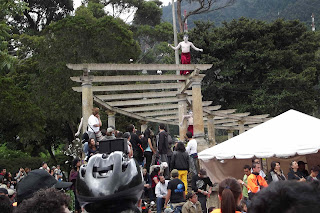 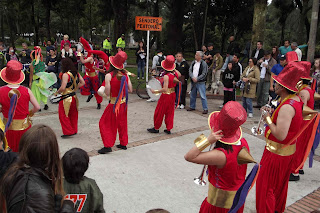 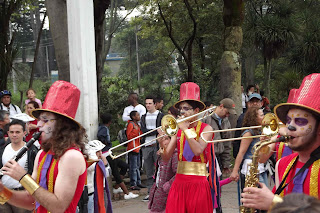