Time to Fold Up That Capote 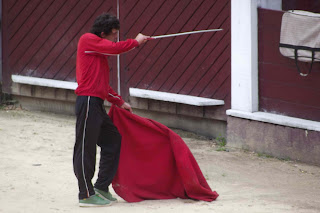 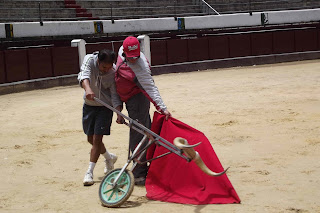 The staff at the Plaza de Toros Santamaria, Bogotá's bullfighting stadium, tell us that the usual August amateur bullfights definitely won't happen this year. That makes sense, since those fights are sponsored by the city, and Mayor Gustavo Petro has said he opposes bullfighting. Whether or not there'll be a 2013 bullfighting season in January and February, when some of bullfighting's biggest stars come down here, is still up in the air.
The possible end of bullfighting is a victory for animal rights and for opponents of the glorification of violence and killing.

But it is sad for the young men who practice their veronicas in the plaza with dreams of stardom. (In reality, of course, they're much more likely to get badly injured than become millionares.) 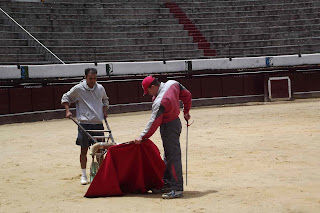 I wonder, tho: If bullfighting ends, will the animal rights activists who protest the corridas turn their attention to other, worse cruelties, such as cockfighting and industrial animal raising?
Somehow, I doubt it. Bullfighting, besides being a high-profile sport, is also seen as elitist, and so receives criticism on class grounds as well. Cockfighting, on the other hand, is a working class activity. And food animals and raised and slaughtered out of sight. 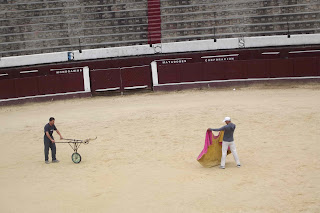 And, the city needs to find a new use for the bullfighting stadium, a handsome building in the middle of town. As it is, it's used for bullfights barely two months per year. But it'd be great for concerts, theatre or other activities. The residents of the Torres del Parque behind the stadium need to become more tolerant. After all, they knew the plaza was there when they moved in. 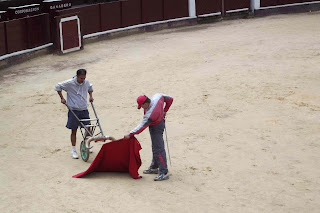 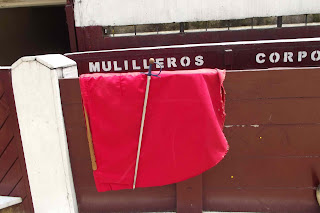 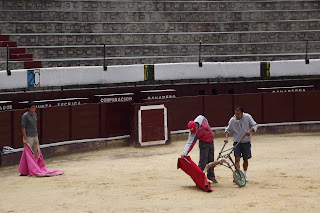 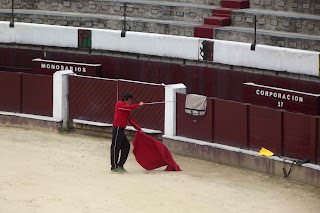 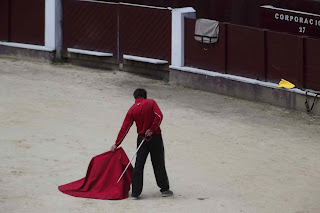 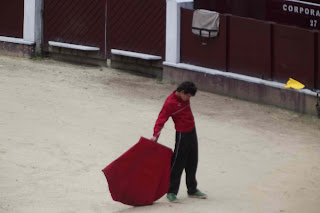 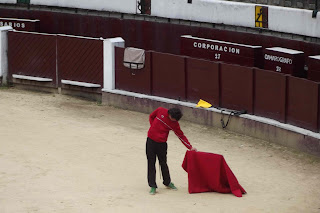 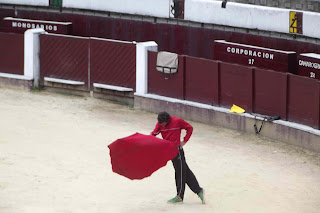 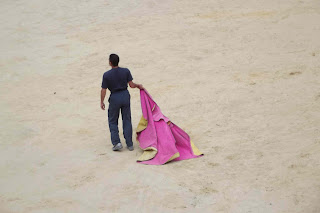