The Union Patriotica: Back on the March

The Union Patriotica party kicked off its Fifth Annual Congress today with a march down Ave. Septima. 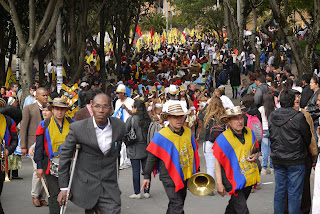 The far-left party was born in 1985, out of FARC-government peace negotiations, and the UP's precise relationship to the guerrillas has always been controversial. Some referred to the UP as the FARC's political wing. During the late '80s and early '90s more than 3,000 UP members were assassinated by right-wing forces, in what is recalled as 'The Genocide of the Union Patriotica.' Those killings are still being investigated, and most recently prosecutors have been probing big businesses' role in financing the killings.

In 2002, the UP lost its legal status as a political party because lacked the necessary support. But recently the party was reconstituted. Now, its political future is to be defined. If the ongoing FARC-government peace negotiations going on in Havana, Cuba produce a treaty, the UP could be the FARC's vehicle for integrating into politics. 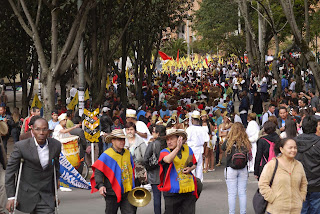 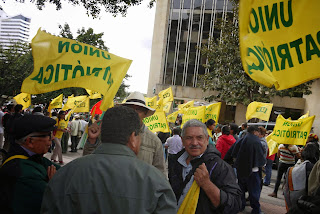 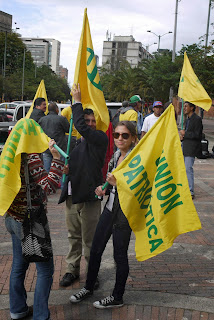 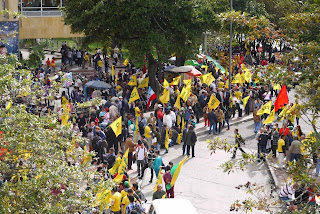 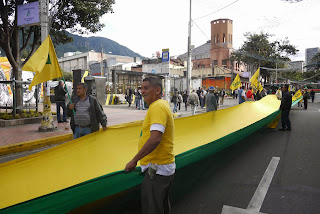 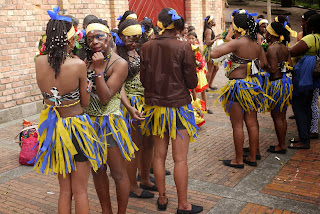 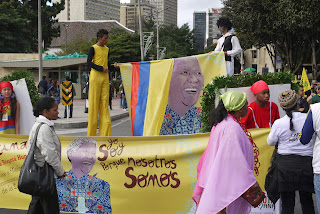 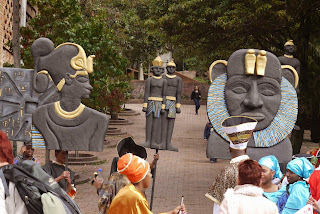 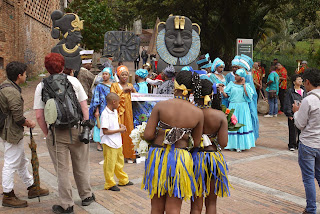