A Tire Mountain Grows in Bogotá 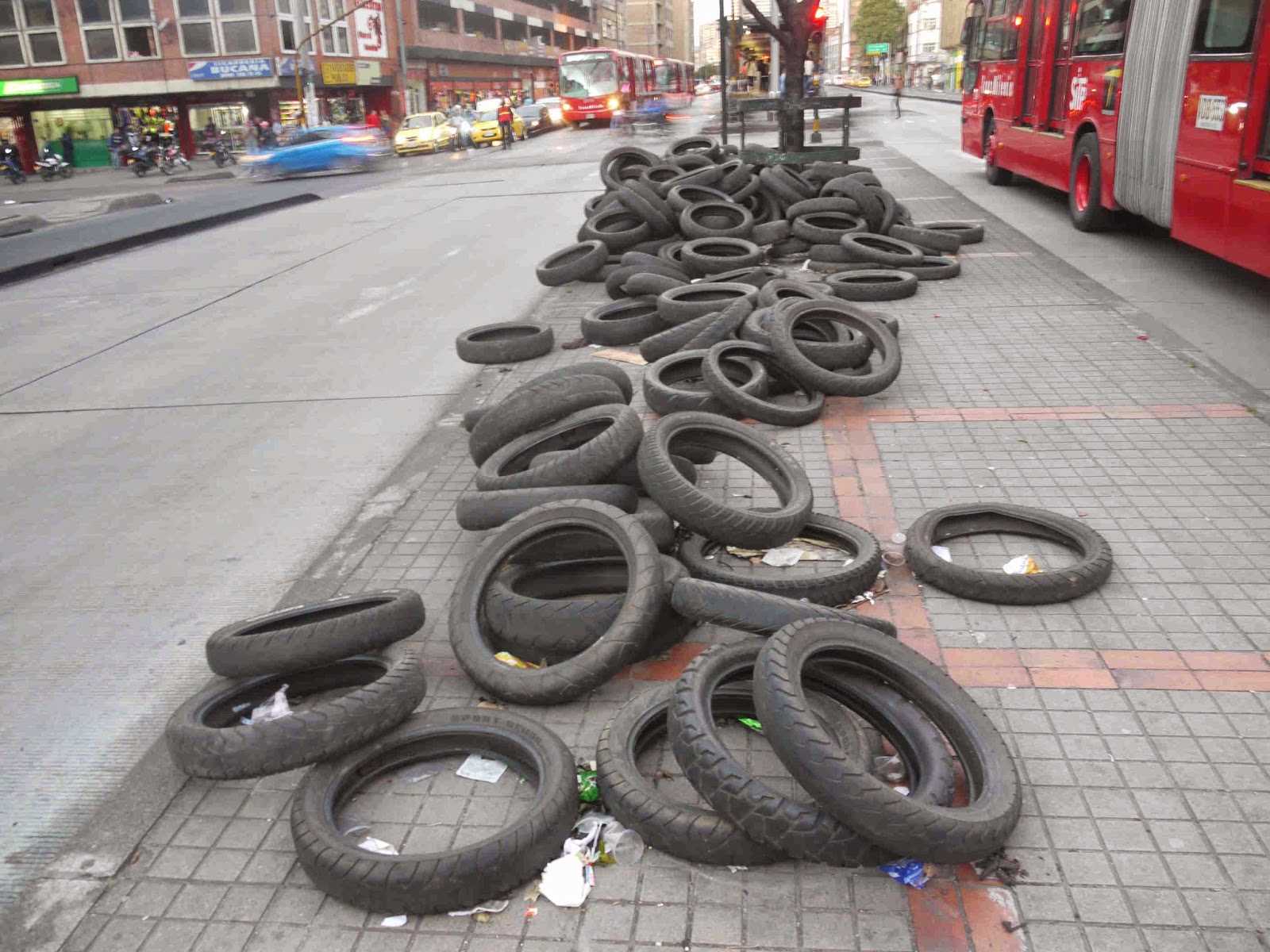 This mountain of used tires magically appeared, reportedly this morning, on the median strip of Caracas Ave. by Calle 17. Where they came from is a mystery, even tho they look like motorcycle tires, and a block away is one of the city's motorcycle districts, where tires are sold and changed. But that's no reason to think there's any connection.

Still, the tires are there, and will undoubtedly remain while more arrive, until someone sets fire to them, or our tax money pays for them to be hauled to a probably unregulated dump, where they'll breed mosquitoes until they eventually catch fire. In the 'best case', they'll end up in the city's Doña Juana landfill, which is almost full, despite Mayor Petro's ineffective 'Zero Garbage' program. 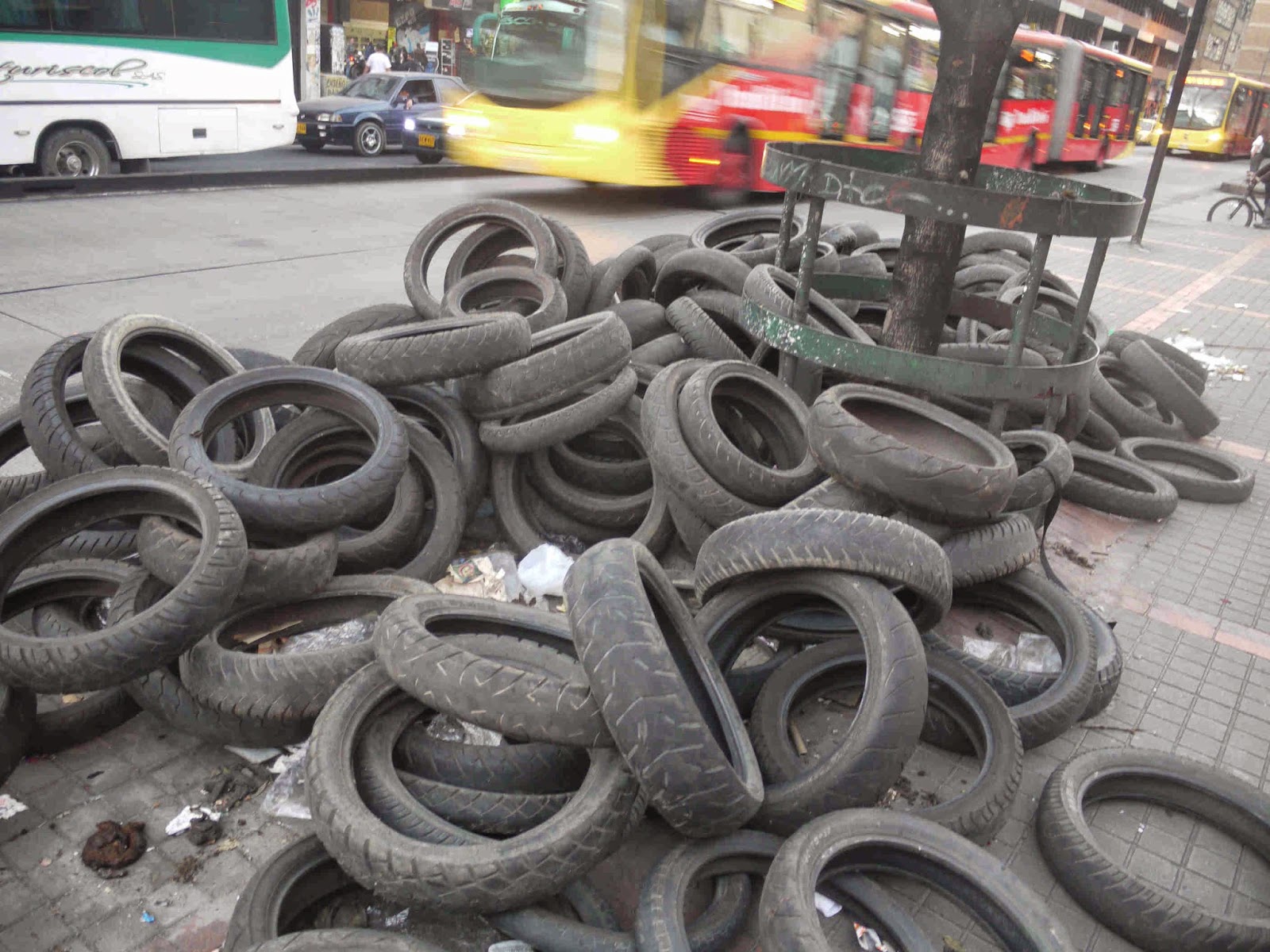 As we all can see, Bogotá's sidewalks, parks and streetcorners are becoming inundated with discarded car and motorcycle tires, while city officials look on passively, and fantasize that recycling programs are functioning.

What Bogotá needs to do is charge the tire industry for the disposal of its products. Each tire purchase would include a deposit, part of which would be returned when the tire is correctly disposed of. The rest of the deposit would pay for some recycling process, such as shredding the tires and incorporating the material into asphalt.

But will the supposedly environmentalist and sustainability-minded Mayor Petro put into action such a policy? Don't count on it, especially in an election year. 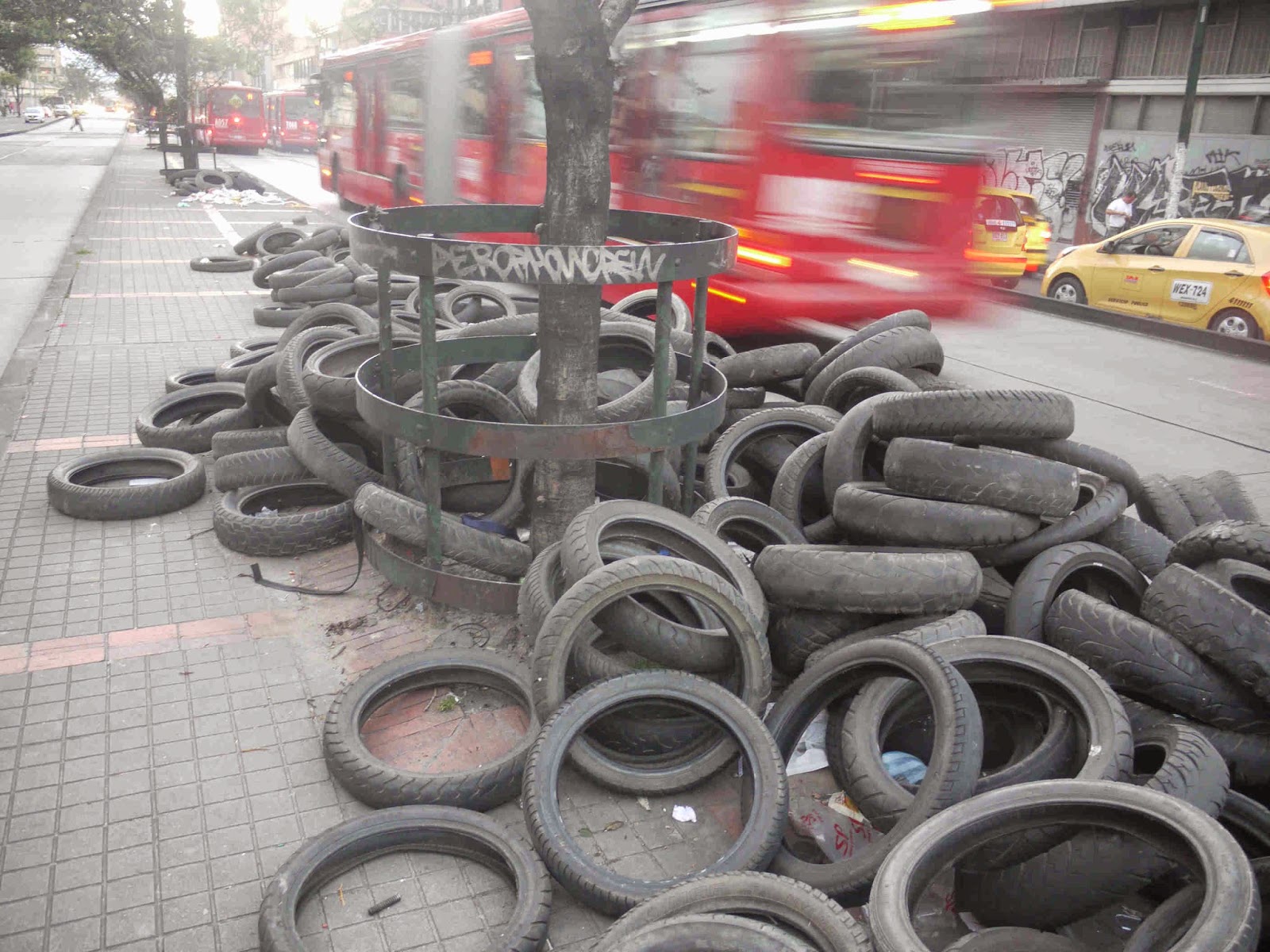 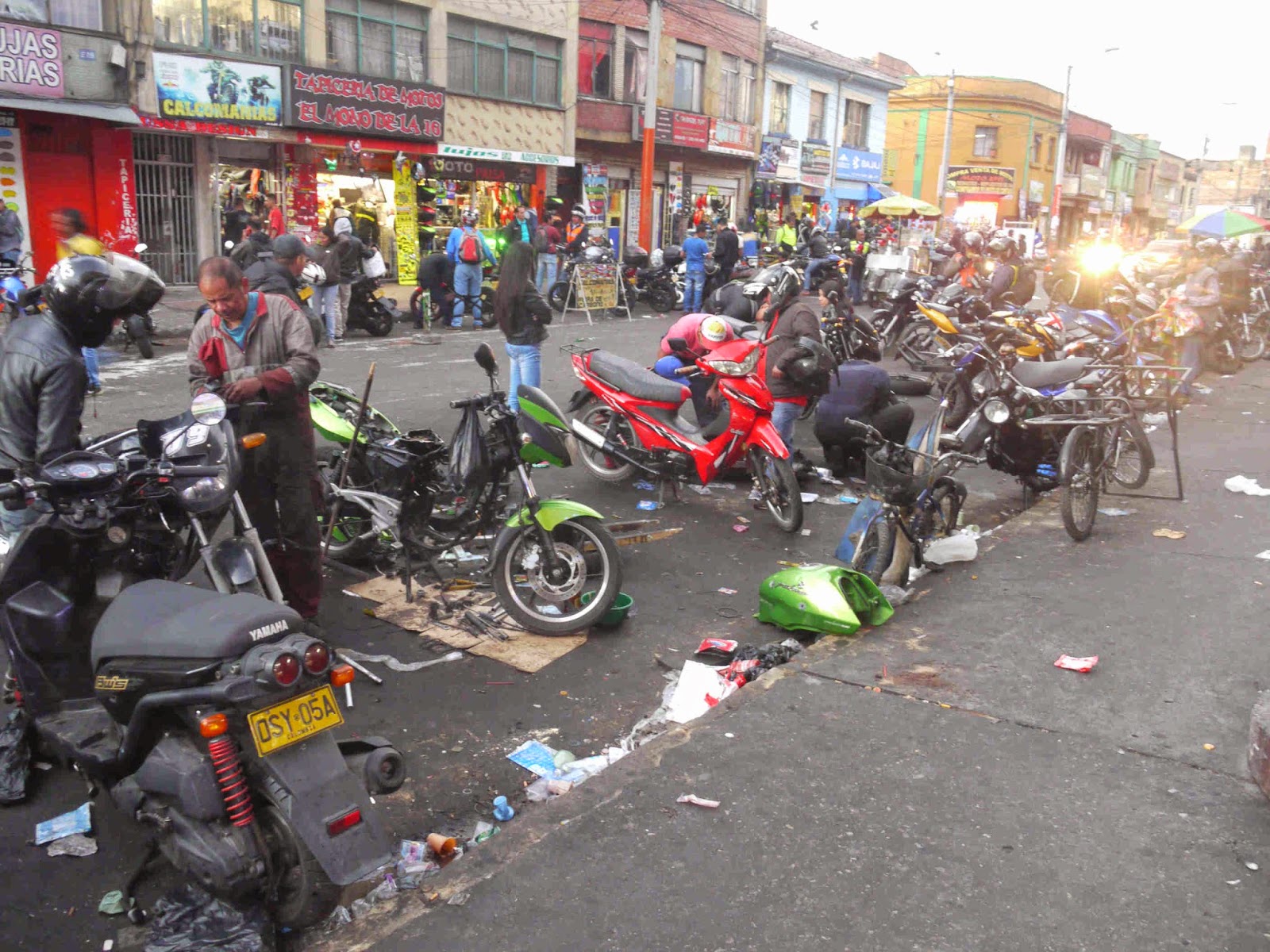 Scenes from the neighboring motorcycle district. Is it possible that the tires are coming from here?

According to El Tiempo, some 2.5 million used tires are generated annually by the city of Bogotá, of which 750,000 are discarded illegally.

As a public service, I've come up with some ideas about how to use those 2.5 million waste tires:

Great, now only 1,999,978 more tires to find uses for (not counting the ones discarded today).