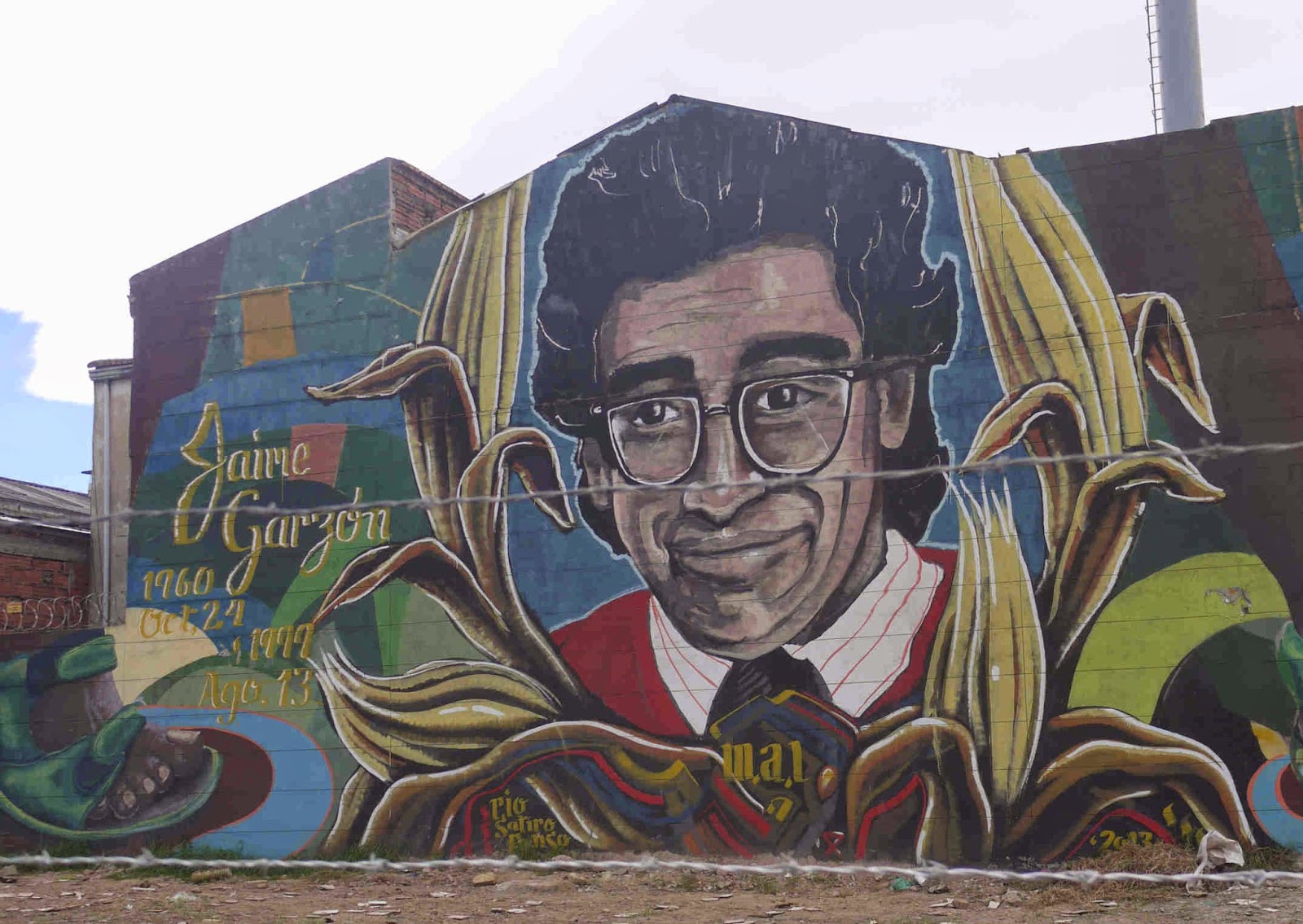 On the morning of Aug. 13, 1999, journalist and satirist Jaime Garzón was driving to work when gunmen murdered him. Right-wing paramilitaries are believed to have been behind the assassination, which is still under investigation 16 years later.

Whoever was behind it, Garzón's murder shook Colombia, which had become tragically accustomed to the killing of politicians, but not to that of popular commentators. And, inevitably, Garzón's killing, like that of many Colombian journalists before and after him, inevitably sent fear thru every Colombian journalist and commentator, who wondered whether his or her next observation would bring a bullet.

Today, journalists the world over have become very aware how just a few armed fanatics can destroy lives and a newspaper.

I'm not defending Charlie Hebdo, which I've never read and wouldn't understand if I did. A Financial Times columnist called Charlie Hebdo's ridiculing of Islam "stupid," altho the commentary has since been revised. And it sounds as tho the magazine was very offensive not only to Islam, but to many groups and religions. But it was a group of Islamist extremists trapped in a medieval mentality who apparently stormed the newspaper's office yesterday and massacred 12 people.

Today, journalists all over the world, including Colombia, feel a bit more scared about what they
right and where they go. Journalists, more than other professionals, are vulnerable because they must constantly venture out into unfamiliar places, amongst strangers, to get the story. Probably there'll be less of that now, which will mean a loss for society. It will also mean suffering for Muslims and other immigrants across Europe, since right-wing, xenophobic protests like those last week in Germany will undoubtedly intensify.

Those offended by Charlie Hebdo, like those who hated satirist Garzón, had lots of reasonable alternatives, including filing a lawsuit, marching in protest or just closing the magazine and tossing it into the trash.

The Committee to Protect Journalists lists 45 Colombian journalists murdered since 1992. Those murders have inevitably had a muting effect on media investigation and reporting. Freedom House ranks Colombia's press as only 'partly free.'

During recent years, Colombia has had many scandals, including the parapolitica, government spying and the horrific falsos positivos murders. We can only speculate about how much wrongdoing would have been reduced or even prevented had Colombia had a more vigorous press.