The Spokesman Who Wasn't There 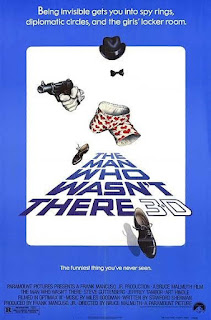 Venezuela's state-run and state-controlled media needed someone high up in the United States to take their side. So, they invented him.

Jim Luers is a White House spokesman, and also an FBI agent. Or, he might be, if he only existed.

Luers achieved public prominence recently when 'White House spokesman Jim Luers' was quoted in pro-government Venezuelan media saying that reports that National Assembly President Diosdado Cabello was under investigation in the U.S. on drug-smuggling allegations were "totally false." That raised eyebrows, since multiple media have reported that Cabello is in fact under investigation for narcotrafficking.

Soon after, skeptical journalists discovered that Luers apparently did not exist. A real White House spokesman denied that any Jim Luers had ever worked there.

Nevertheless, the man who was never there in the flesh, does exist in cyberspace. He had a Twitter account, since suspended, and a satirical Wordpress site, on which he boasts of his 'enormous experience in interamerican relations,' and says he is 'currently in charge of a secret White House project to improve bilateral relations with the sister republic of Bolivarian Venezuela'.

Somebody, clearly, is getting some fun out of this episode.

But the serious, and disturbing side of this episode is how enthusiastically Venezuela's Chavista media, much of which has been intimidated into echoing government declarations or outright purchased by pro-government businessmen, eagerly and unquestioningly swallowed the Jim Luers fantasy.

If that's their standard of journalism, then it's understandable why they swallow and regurgitate absurd Venezuelan government statements so easily.