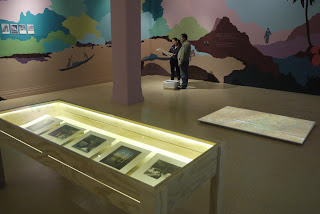 Perhaps it's appropriate that Jorge Isaacs was recently removed from the 50,000-peso bill and replaced with fellow novelist Gabriel García Márquez.

After all, Isaacs' signature novel, Maria, represents a past era and a past mindset. It's a romantic, sentimental novel, set near Cali on a plantation ironically named El Paraiso worked by slaves, and resembling his family's own hacienda.

Altho Maria, published in 1867, the story of a love affair between two cousins, was produced repeatedly on the theatre stage, television and in movies, it seems that few people read it anymore, perhaps because its sentimental romanticism is so 19th-century. Today, it's all about magical realism.

Nevertheless, this being the novel's 150th anniversary, it's receiving a bit of attention, including an exhibition in the Biblioteca Nacional in Bogotá, which calls the novel:

'the foundational novel of Colombian literature for its representation of relations between different social classes, the protagonism of the landscape, the reflections about the transformation of the colonial and plantation world, the ideas of a 'nation', and the era's political tensions.'

But appreciating those aspects requires a familiarity with 19-century Colombian society, which few have today.

Isaacs himself, who lived from 1837 to 1895, was an extraordinary character who lived a life which might have come from a Garcia Marquez novel: The son of a Colombian mother and a Jewish-Jamaican immigrant, Isaacs' failures in business caused him to turn to politics, literature and the military. He was at times a soldier, politician, road engineer, explorer, educational planner, and would-be coup leader in Antioquia Department. And, despite his idealized portrait of plantation life, Isaacs campaigned to end slavery, which he called 'a cancer.'

He left behind a book of poems and his novel Maria, a bestseller in its day translated into 31 languages. 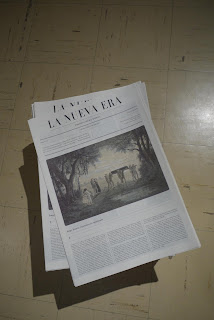 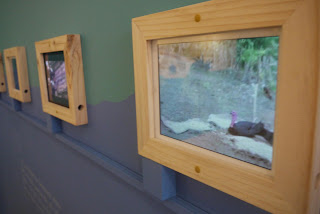