Colombia has filled during recent years with Venezuelan political and economic refugees, and today they showed their strength. Thousands filled Plaza Bolivar for a plebiscite designed to weaken Venezuela's increasingly hapless, corrupt and authoritarian government.

The opposition's positions will win overwhelmingly - and the government will ignore it and continue
with carreening toward dictatorship. On July 30, the government plans to hold a vote vote to elect an assembly to rewrite the nation's Constitution. But the voting system and representation were designed by the Venezuelan government to guarantee itself a majority.

Interestingly, the Maduro government has recently suspended regional elections it was sure to lose, arguing that with oil prices low it could not afford to hold the vote. However, it did miraculously find the money to hold the constitutional assembly vote it plans to wind.

The government in Caracas has also used its packed Supreme Court to nullify all decisions taken by parliament, which is overwhelmingly dominated by the opposition.

- Do you reject the constitutional assembly planned by Nicolas Maduro without the previous approval of the Venezuelan people?

- Do you demand that the armed forces and all public functionaries obey the 1999 Constitution and back the decisions of the National Assembly.

- Do you approve of the public authorities and the creation of a national union government and the holding of free and transparent elections to restore the constitutional order.

Many observers believe that in Venezuela power ultimately rests with the military. Opposition leaders argue that the government has violated the 1999 Constitution, written under the leadership of the now-deceased Hugo Chavez and would like the military to refuse to obey the government.

.Whatever happens in Venezuela: Continued crisis, outright dictatorship, revolution or civil war, it will mean huge impacts on Colombia, in terms of trade and immigration. 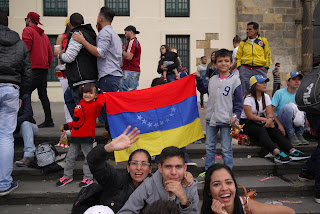 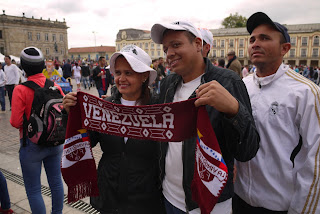