'Money for the FARC, Hunger for the Victims.'


These folks protested the other day against the peace accord, which includes stipends and other forms of support for the demobilized FARC guerrillas. According to some analysis, the guerrillas will even be able to control much of their ill-gotten money.

There's also something funny about these protesters' signs: They look very professional for something made by displaced victims of the guerrillas - as tho someone else (Uribistas???) were funding this group.

But, putting all of that aside, as well as the argument that a very imperfect peace deal was the best deal possible, the guerrillas did victimize many innocent people, most of them humble ones - and they deserve to be remembered. 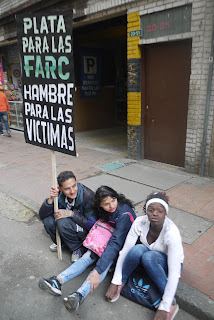 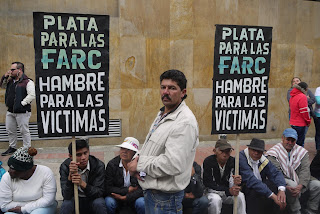 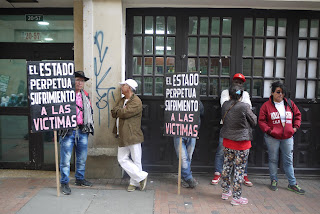 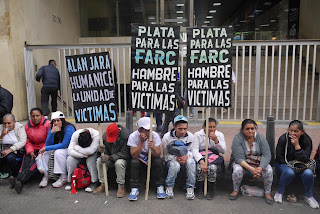