A Piece of Paradise in South Bogotá

Uribe Uribe and Gustavo Restrepo are two of those nondescript working class enighborhoods of south Bogotá which are pleasant enough places to live, but have little more to recommend them. So, I was stunned when bicycling thru these neighborhoods today to come upon a forest - a real uban forest!

It's called the Parque Bosque San Carlos, and on a holiday afternoon like today it was full of neighbors walking their dogs, playing football, throwing frisbees and dancing. I didn't feel like I was in Bogotá at all - and much less the often grimy and monochronous southern side of the city.

San Carlos is smaller than the also treey Parque Simon Bolivar Park and Parque Nacional. But San Carlos is much more forested, and those other parks are located in the wealthier north Bogotá,whose residents have more opportunities to escape from the city. And San Carlos is a complete park, with jogging paths, futbol pitches, basketball courts, children's play areas and lots of green spaces.

How did this happen? The park adjoins the Santa Clara Hospital, so the land must have once been part of the hospital's campus, which is why it wasn't built up with houses. I read that the trees, almost all of them eucalyptus, were planted around 1950, making them seventy years old. Some have gotten diseased, and in late 2016 the city closed the park for some six months and cut down more than 40 trees and planted 30 trees more adapted to the local climate.

The success of San Carlos ought to set an example for the city to turn the unused lands around the San Juan de Dios Hospital and the Central Cemetery into parks as well. 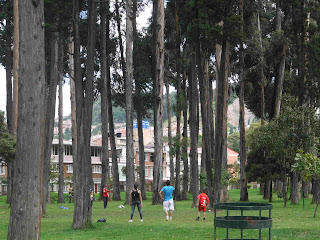 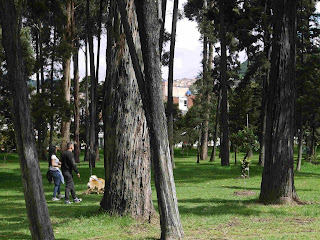 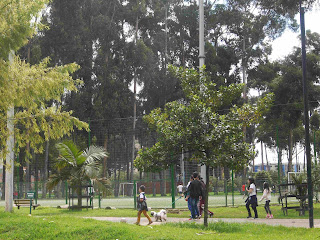 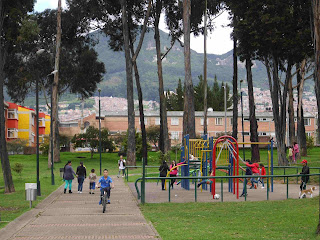 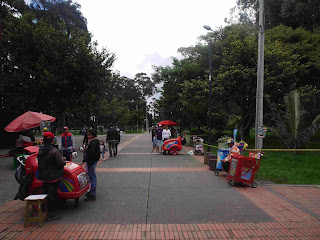 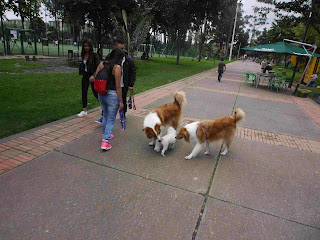 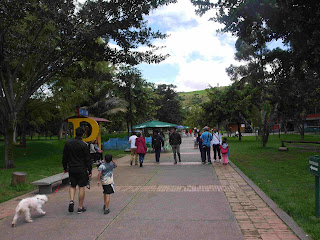 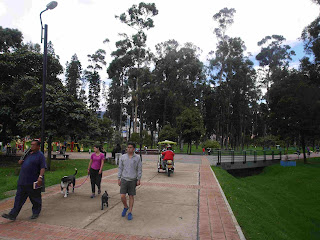