A Senseless Vacancy on Carrera 2

When I moved to Bogotá in 2005, I'd ride my bike past a small abandoned apartment complex on Carrera 2 one block north of La Salle University. The place had been invaded by a bunch of never-do-wells, artists and street vendors who inhabited the building irregularly, as did the carpentry workshop next door.

One day, the residents got evicted - and the building has sat empty ever since, with the exception of a family of caretakers, occasional filming work and an annual haunted house.

This afternoon, the building, said to be Bogotá's first aparment complex, was opened to the public and transformed into an art project. It was a sad scene: piles of rubble, disintegrating wood work, broken walls. But the place has retained some historical elegance, as well as developed a worn, delapidated beauty.

Unfortunately, it doesn't sound like the owners, whoever they are, have any plans to turn the place into something useful. I talked to the young man who administers the building, and he agreed that leaving this historic and centrally-located building empty was tragic. He suggested the building might be turned into an arts complex.

I agreed, and mentioned also the possibility of creating an apartment complex.

"No. That would be commercial," he said, with distaste.

Aren't artists interesting? Better that the place should sit vacant and abandoned than be tainted by capitalism in order to provide homes for people. 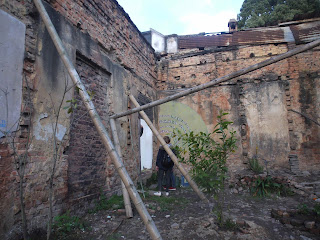 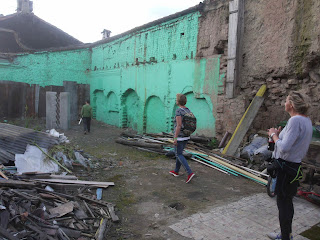 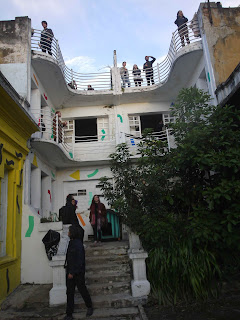 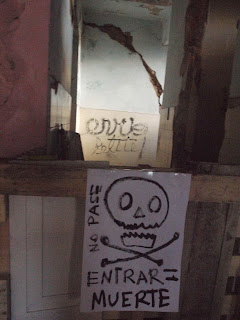 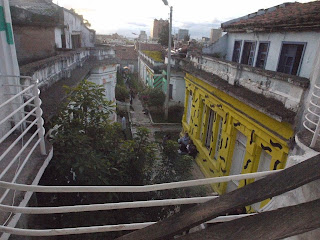 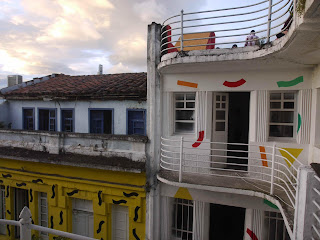 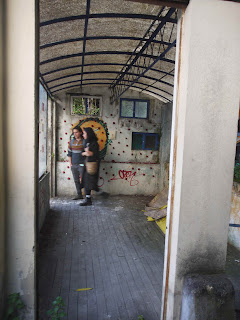 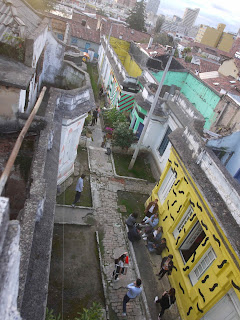 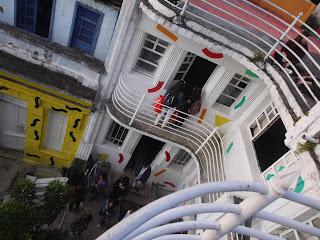 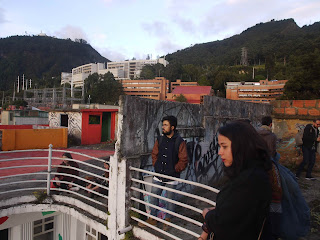 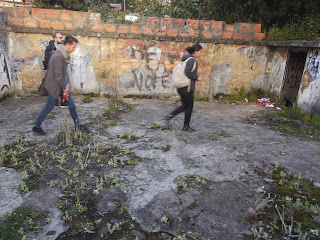