Colombia - A Country Without Memory?


In yesterday's congressional elections conservative parties did extraordinarily well, while left-wing ones might as well not have shown up. That says something about Colombians' priorities - as well as about their memories.

As far a memory goes, Sunday's big winner was ex-president Alvaro Uribe. Many Colombians evidently recall positively that during Uribe's eight years leading Colombia the nation's economy grew, the guerrillas retreated and Colombia became more stable and less violent. But perhaps they forget - or don't care - that Uribe's administration (for which Pres. Santos was minister of defense) also produced several of the biggest and deadliest scandals in Colombian history: the military's collusion with right-wing death squads and the Falsos Positivos, during which military units, to earn bonuses for killing guerrillas, kidnapped and murdered thousands of youths.

Both of those scandals are among the worst human rights violations in recent Latin American history. Chilean dictator Augusto Pinochet also stabilized his country's economy during his two-decade dictatorship, but is widely remembered as a monster because of the 3,000-plus dissidents murdered and tens of thousands tortured by his regime. Between 2002 and 2008, the Falsos Positivos phenomenon produced more than 3,000 victims, according to the International Federation for Human Rights. (To be fair to Uribe, both the extrajudicial killings and military collaboration with far-right paramilitaries began before his presidency.) Uribe is not the only one involved in those scandals. Uribe supporters, including members of the Cambio Radical Party which now supports Pres. Santos, also allegedly collaborated with paramilitaries.

In contrast, the far-left Union Patriotica Party, thousands of whose leaders were killed by right-wing forces in the late '80s and early '90s, didn't win a single seat on Sunday.

Voters should not feel obligated to vote for a political party just because it was the victim of human rights violations. However, one would hope that involvement in such violations would make Colombians think twice before casting their ballot.

On a related note, I was also struck by how white the Congress is, despite Colombia having
many indigenous, Afro-Colombian and mestizo citizens.

El Tiempo reports that the Opcion Ciudadana Party, which won five seats in Congress, has many members with ties to paramilitary scandals.

For the record, for anybody unfamiliar with Colombian politics, there is a huge difference between Pinochet and Uribe: Pinochet seized power via a military coup, while Uribe was elected democratically and left office, albeit grudgingly, when his two terms ended. 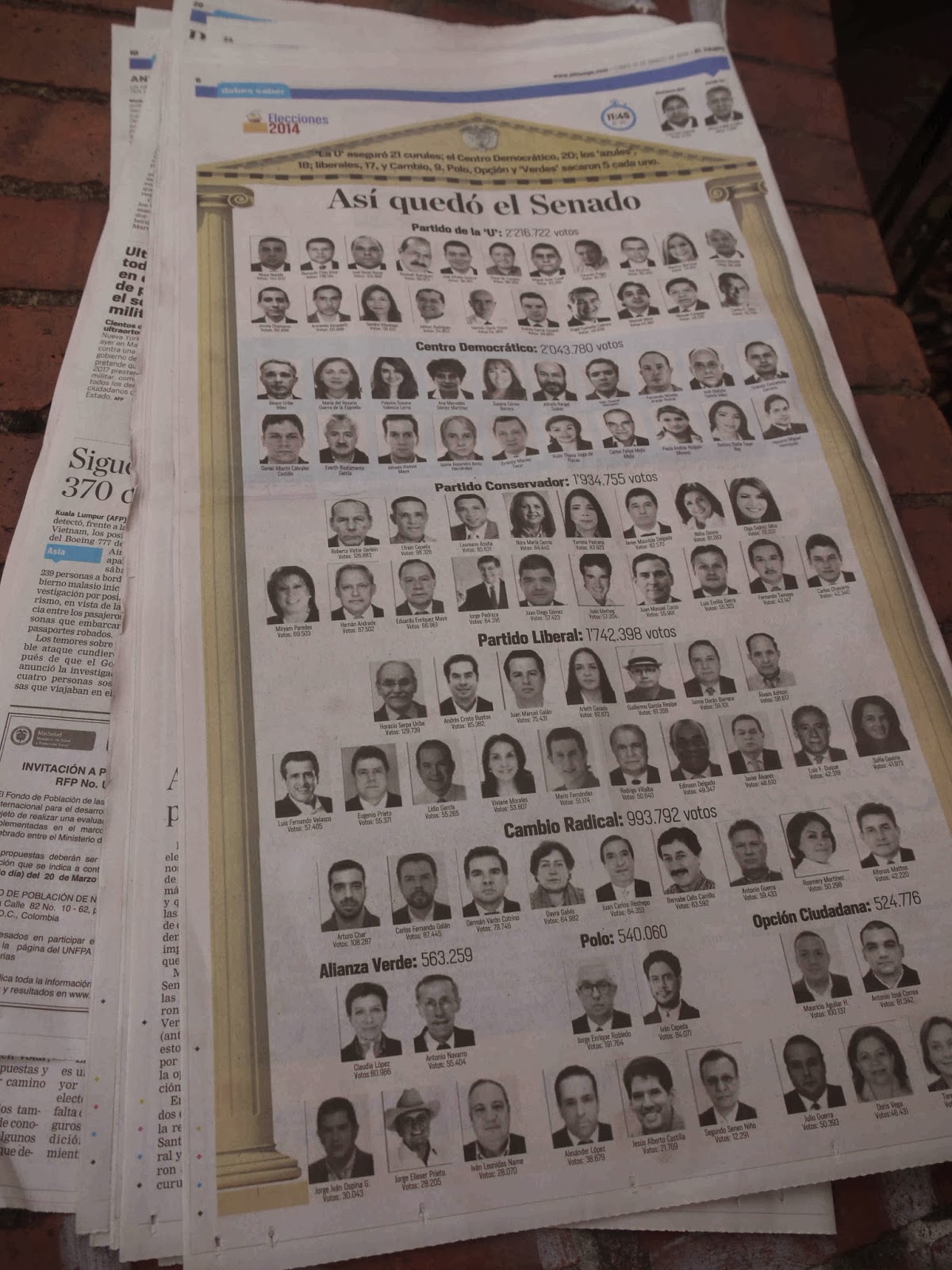