He banned children from the street at night. He prohibited begging. He ordered taxi drivers to wear uniforms. He banned the traditional ruana. He even decreed what colors people could paint their houses.

A right-wing politician? No, this was leftist icon Jorge Eliecer Gaitán as mayor of Bogotá in 1936-7 - the same martyred political leader remembered as a champion of the poor and underprivileged.

Gaitán became famous for denouncing the 1928 massacre of the banana workers and for his assassination in 1948 on Carrera Septima, while he was preparing for his second presidential campaign. 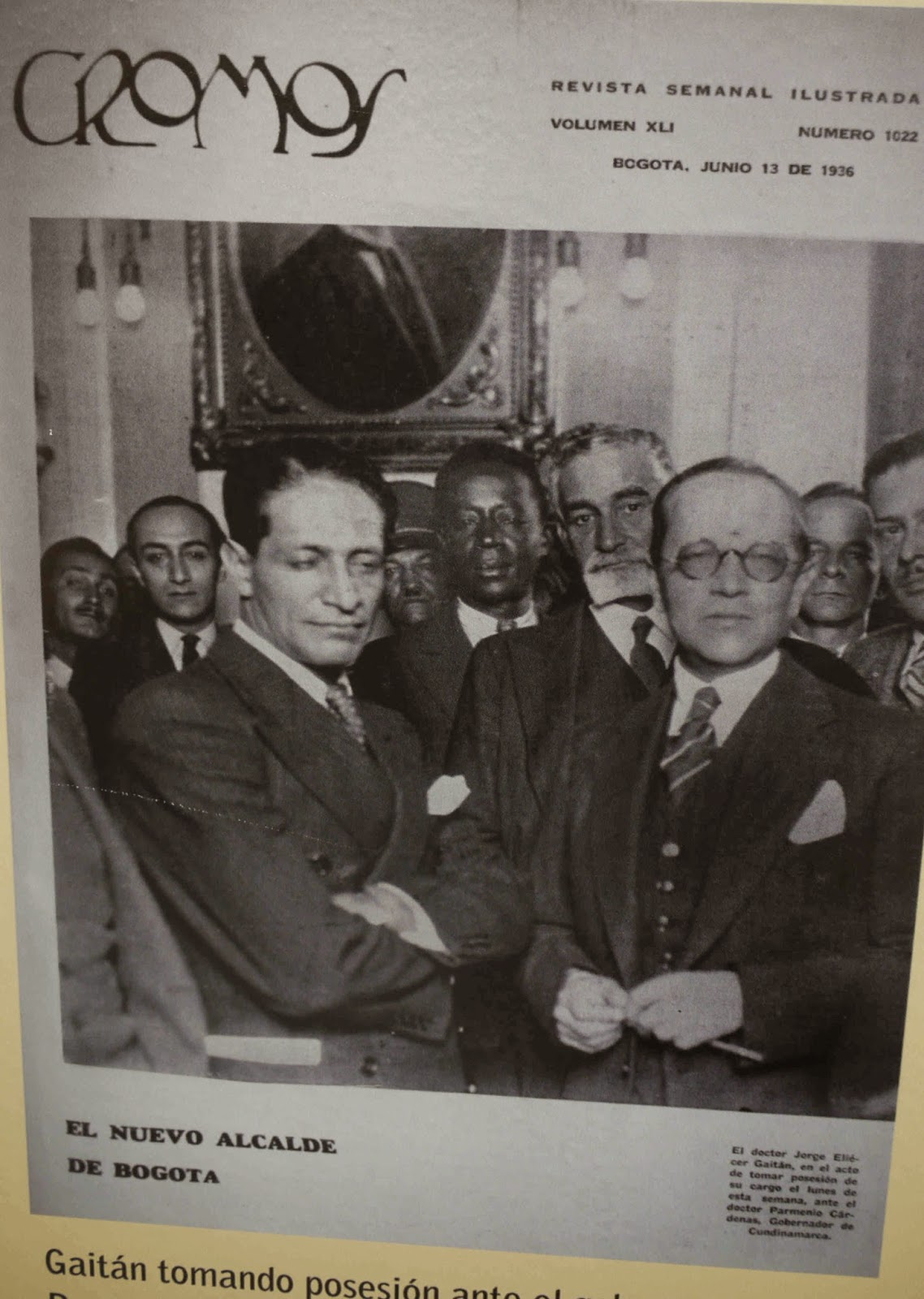 But Gaitán was also a congressman, minister of education and mayor of Bogotá. His short and polemical nine months as mayor are the subject of an exhibition on now in the Archivo de Bogotá. Gaitán, then president of the City Council, was appointed mayor in June 1936 by the governor of Cundinamarca. (The mayoralty only became an elected office in 1986.)

Gaitán's core mission as mayor seems to have been preparing the Colombian capital for the 400th anniversary of its founding. But while today that might mean celebrating the city's cultural diversity, for Gaitán it seems to have meant a public hygiene campaign - cleansing Bogotá of its 'unwanted' elements - particularly signs of poverty and 'backwardness'. Beggars were banned from the streets, as was the traditional ruana overcoat and alpargata slippers, popular with the poor. Children were to be at home by legally approved hours. Gaitán even ordered the city's houses and shops painted only certain socially-approved colors.

Salvador Allende, to whom he is often compared?

I don't dare ask what Gaitán would have thot of graffiti.

But Gaitan met his match when he ordered taxi and bus drivers to wear uniforms and imposed formal fare systems. The cabbies went on strike and Gaitán was ousted from office. He had lasted only nine months - even less than Bogotá's just-removed Mayor Gustavo Petro.

The Archivo's exhibit seems to try to depict Petro as an inheritor of part of Gaitán's legacy. The two did have in common their efforts to make transportation a public service. However, whereas Gaitán appears to have done a lot as mayor, and pursued a vision of the city, to me Petro's great failing was doing too little. His policy changes, such as fiddling with the Pico y Placa, shutting part of Carrera Septima to cars and not allowing bullfighting, were - good or bad - small-scale changes which will very possibly be reversed by a new administration. The main exception, Petro's land planning rules, will likely be modified as well.

Gaitán's policies as mayor suggest what he would have done as president if he hadn't been assassinated and had won the 1950 election. Perhaps he would not have been the fiery revolutionary his rhetoric made him out to be.

But Gaitán's authoritarian bent as mayor is frightening in another sense. Gaitan had studied law in the late 1920s in Italy, then ruled by fascist dictator Benito Mussollini. Many say that Gaitan learned his fiery rhetorical style from Mussollini. And perhaps Gaitán also brought home an authoritarian, intolerant governing style.