Yesterday, transit officials announced that, in response to protests over inadequate TransMilenio service, the city will take one lane in each direction from car traffic and give them to TM buses on Caracas Ave./Autopista Norte during rush hours.

The decision produced the predictable crying and gnashing of teeth from car drivers, who say this change, supposed to happen beginning March 17, will make congestion even worse for private cars on this avenue. The drivers are right. But the measure will also open up much more road capacity for bus riders.

Still, private car users, who likely driver into and out of the city alone every day, didn't hesitate to wail. Take 'Arja', who left this comment on El Tiempo's forum: 'They're violating the fundamental right to equality for us drivers of private vehicles...that we should all enjoy the same rights, liberties and opportunities. The state will promote conditions for real and effective equality.' And commentator 'AlvaroIsaza' predicted that the next step would be prohibition of private cars. (If only that were possible!)

By 'equal rights' what these writers mean, it seems to me, is the right to drive anywhere anytime, no matter the impacts on the city. And god forbid that they, in their comfortable private cars occupying dozens of square meters of road space, should be 'oppressed' by those evil, bullying riders crowded into standing-room-only buses.

Oh, and a few other elements of the private cars' equal rights campaign include the right to park on sidewalks, belch pollution and blare one's horn at any hour of the day or night.

Taking lanes away from private cars is a positive step. But what Bogotá really needs is a London-style congestion charge to reduce car use and generate funds for mass transit. 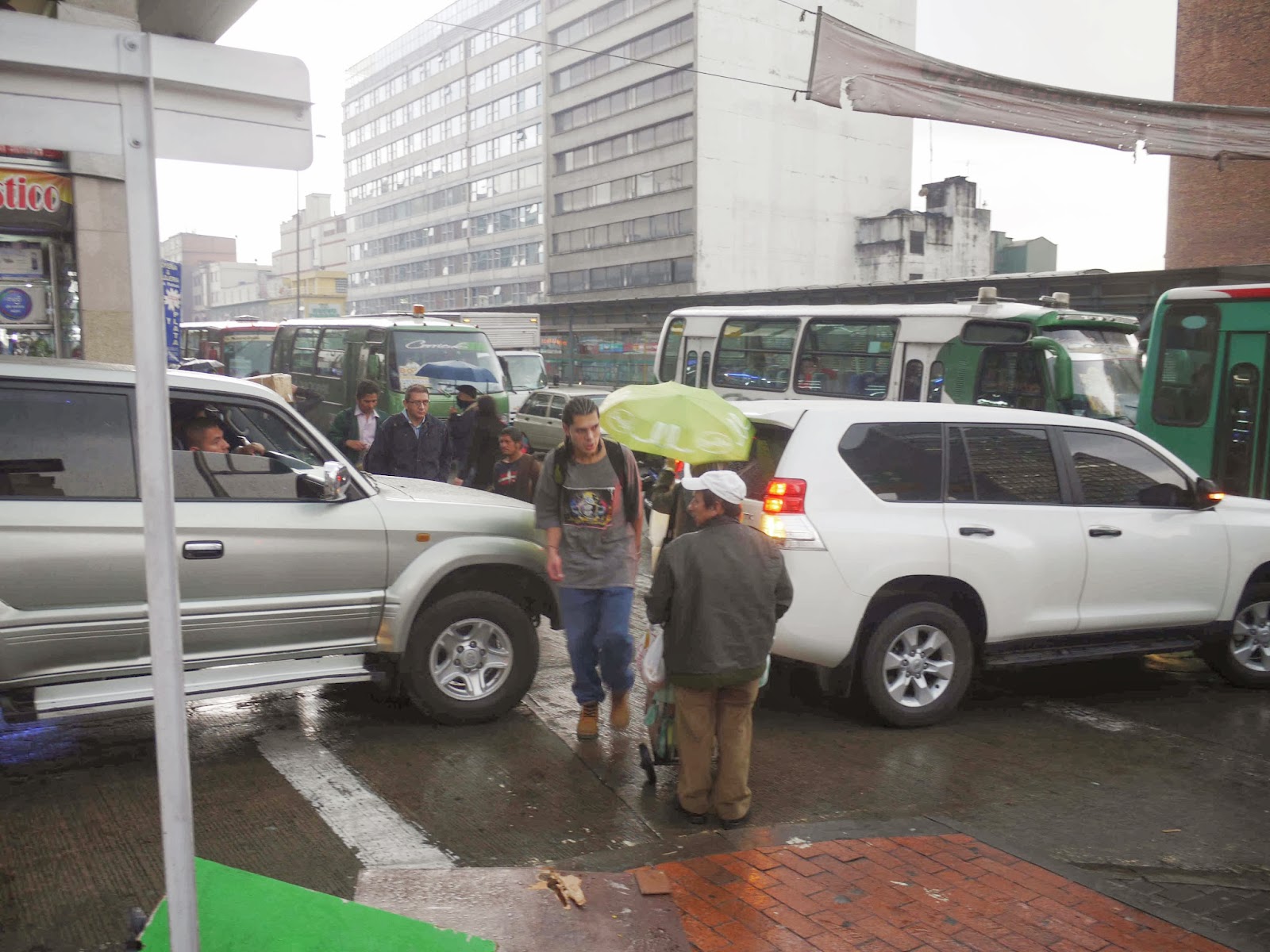 It looks like the drivers won. I heard today that they will not take car lanes for the Transmilenio.

It will be interesting to see what ultimately works to reduce traffic here.

Yes, and it was probably inevitable. I noticed that the newspaper quoted only opponents of the idea.

Petro seems to be retreating from all of his transit initiatives (this one, car sharing, the congestion charge.) All he's done is fiddle with the failed Pico y Placa.