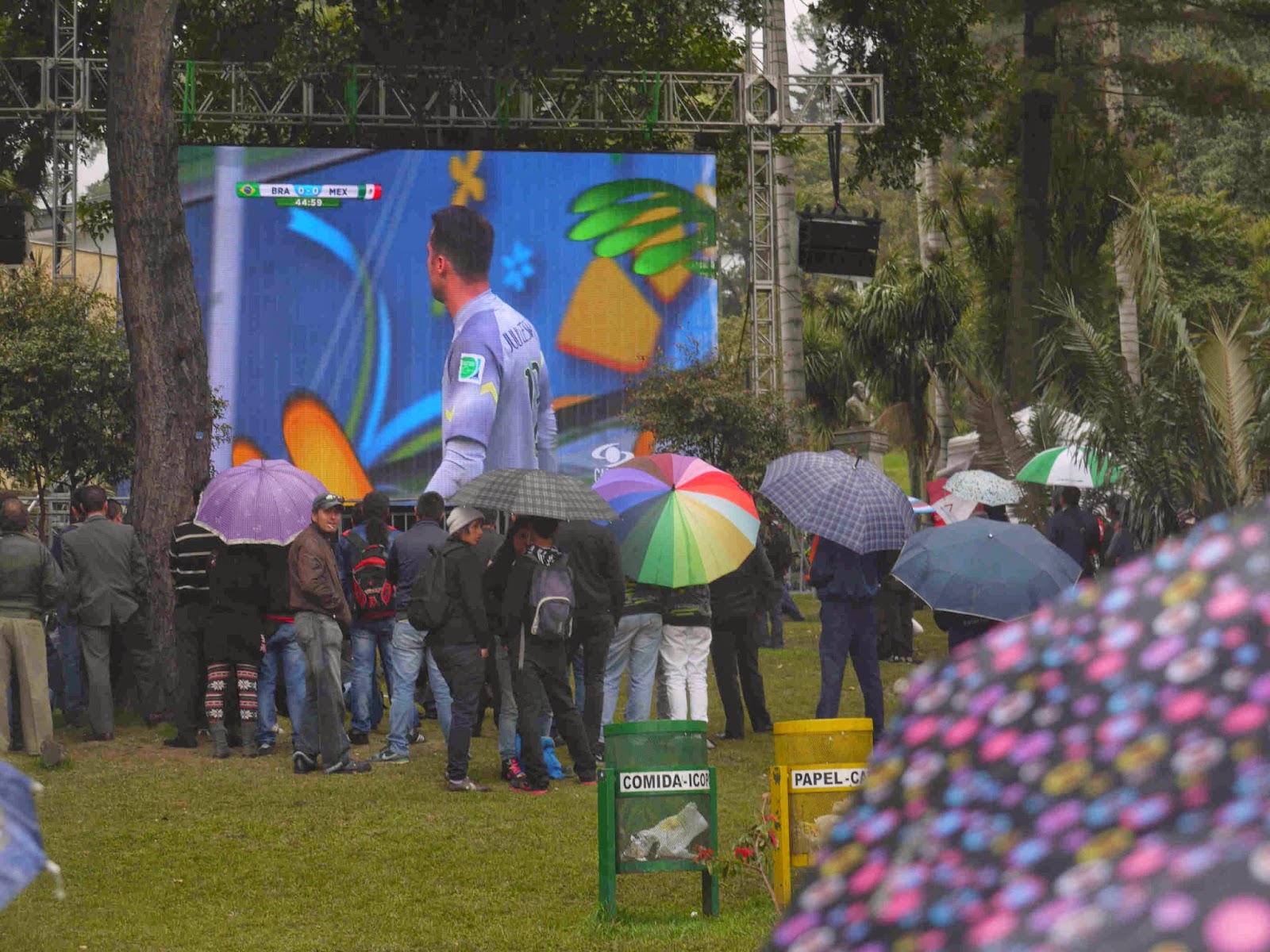 Bogotá has been transmitting the soccer World Cup on big screens in several public parks, including Parque de la Independencia, in these photos. And folks have been turning out to watch - even in the rain.

I also saw a presence of police - or, at least, city crowd minders. That might be a good thing for Colombia's next victory, assuming there is one. After all, during the celebrations over Colombia's 3-0 trampling of Greece on Saturday 10 people were killed. 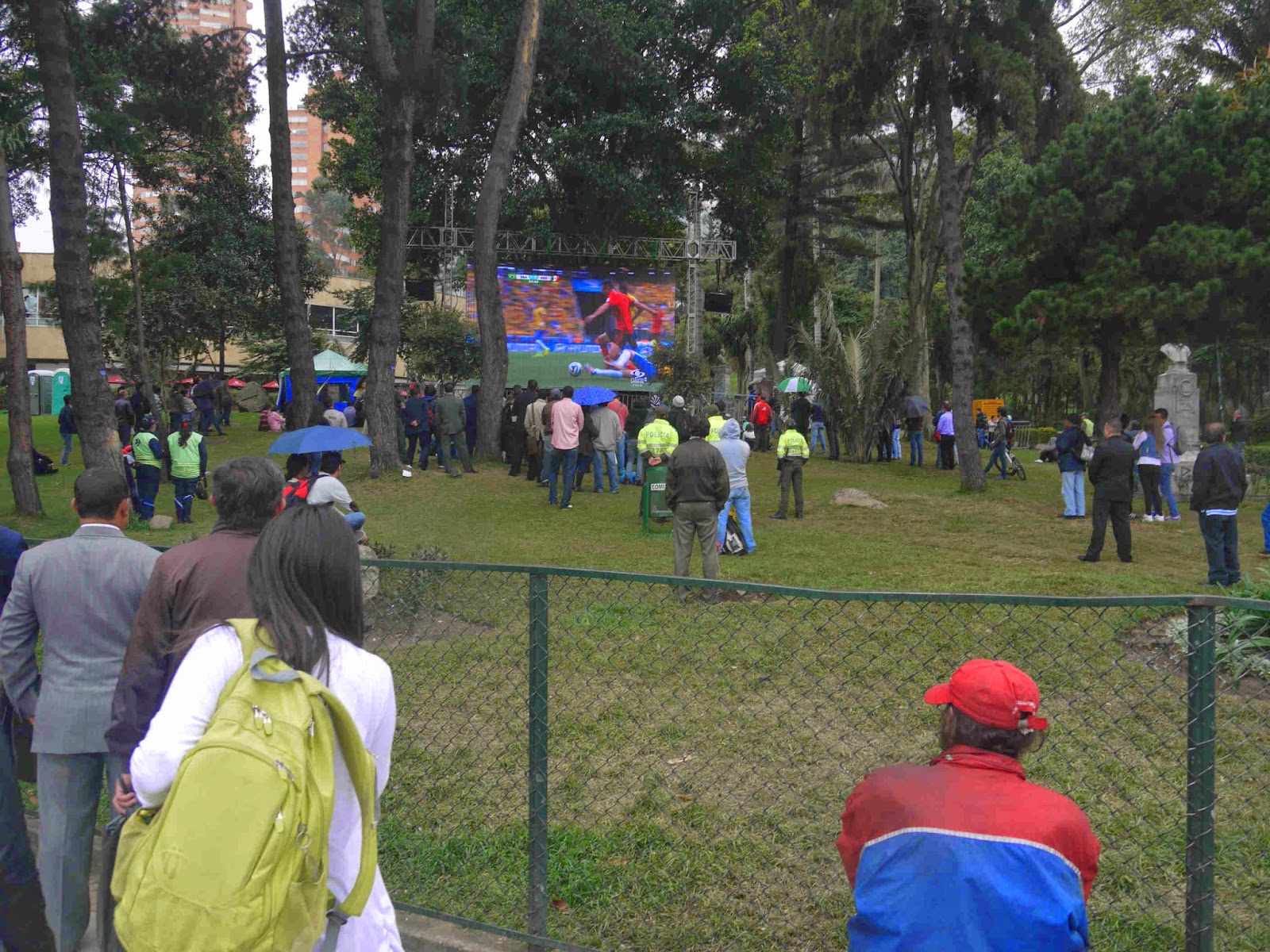