The Wayuu Way of Peacemaking

The Wayuu people, popularly known as the Guajiras, are native to the desert Guajira peninsula which protrudes into the Caribbean Sea between Colombia and Venezuela, which divide the region.

The region has a history of contraband and lawlessness, and the Wayuu themselves share that reputation. Historically, pirates, explorers, slave traders, guerrillas and paramilitaries, smugglers of drugs, weapons and gasoline have all criss-crossed the region. And the Wayuu themselves divide themselves into clans, each with its own symbology, which sometimes fight each other.

It's fortunate, then, that the Wayuu also have traditional peacemakers, called putchipu'u, who work as intermediaries to make peace agreements, often thru the use of symbolic gifts such as bead collars. An exhibition now on in the basement gallery of the Museo de Oro in La Candelaria describes the practice (with English-language texts) as well as Wayuu culture in general. Peacemaking amongst the Wayuu can be particularly challenging, because by tradition they demand payment, usually in livestock, for any blood let - even when the cause was accidental.

The exhibition also touches on other, sometimes contradictory aspects of Wayuu culture. For example, theirs is a matrilineal society, in which relations are traced thru the uterus (that's the real terminology). However, in Wayuu tradition young men are also expected to pay a bride price, usually in livestock, to the woman's family before marriage. Many women interpret this as being purchased. 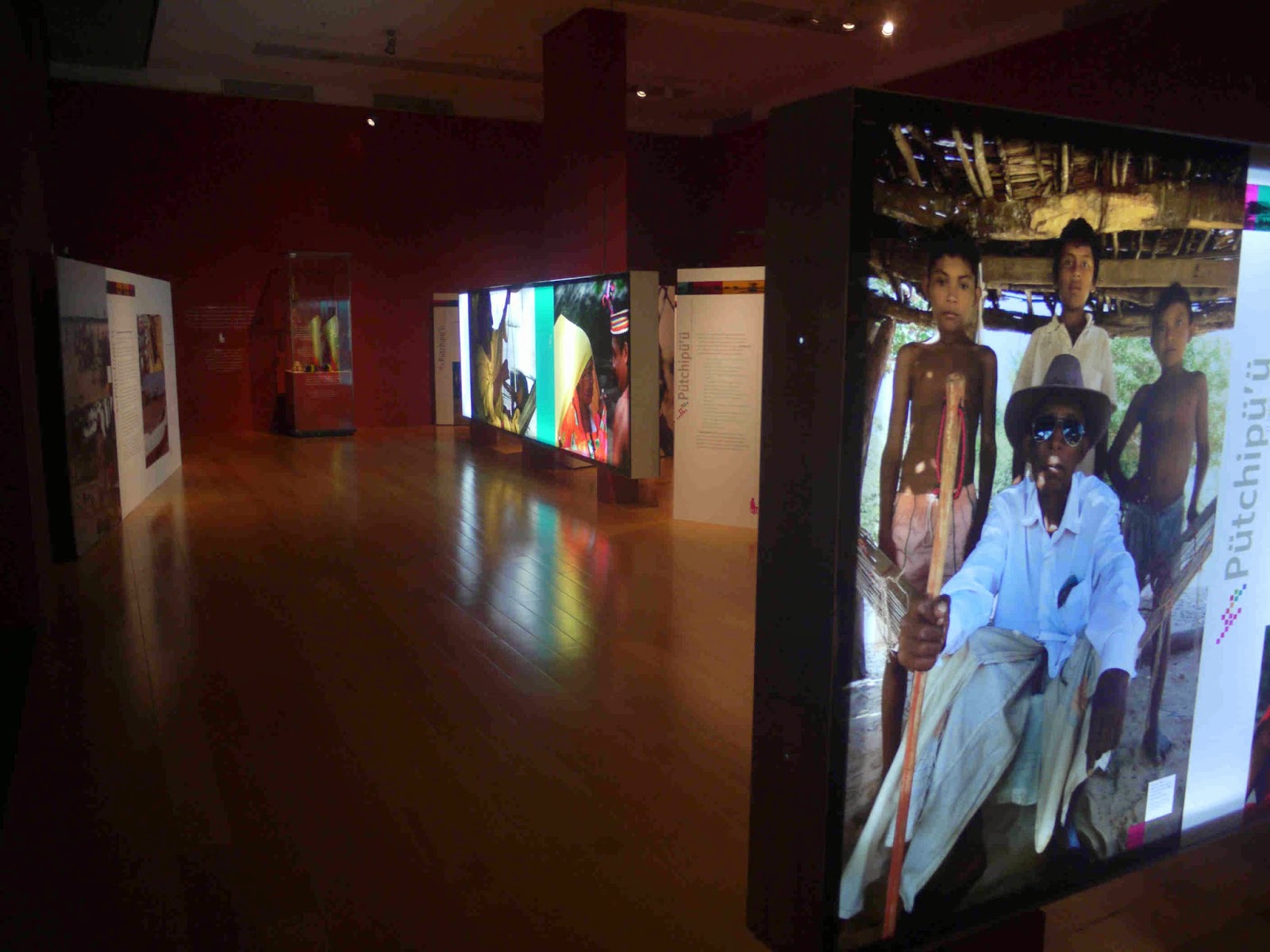 Yet, from what I've seen of Wayuu culture it is the women who seem to dominate.

The Wayuu are one of the indigenous peoples who have prospered most in western society, sometimes becoming wealthy traders (and smugglers), but have also preserved many of their traditions.

If the ongoing peace negotiations between the Colombian government and leftist guerrilla groups derail, they could do worse than call in a putchipu'u to put things back on track. 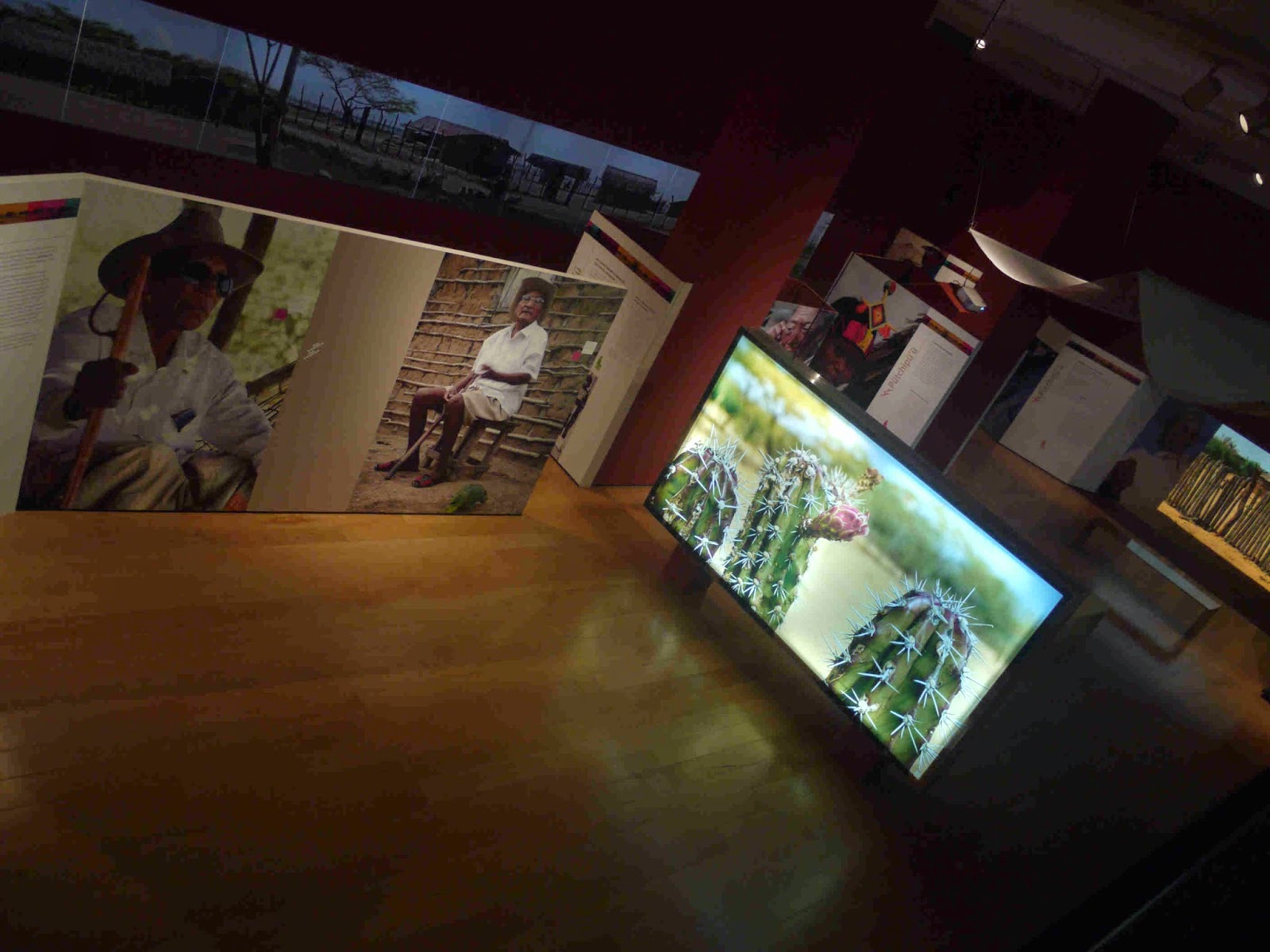 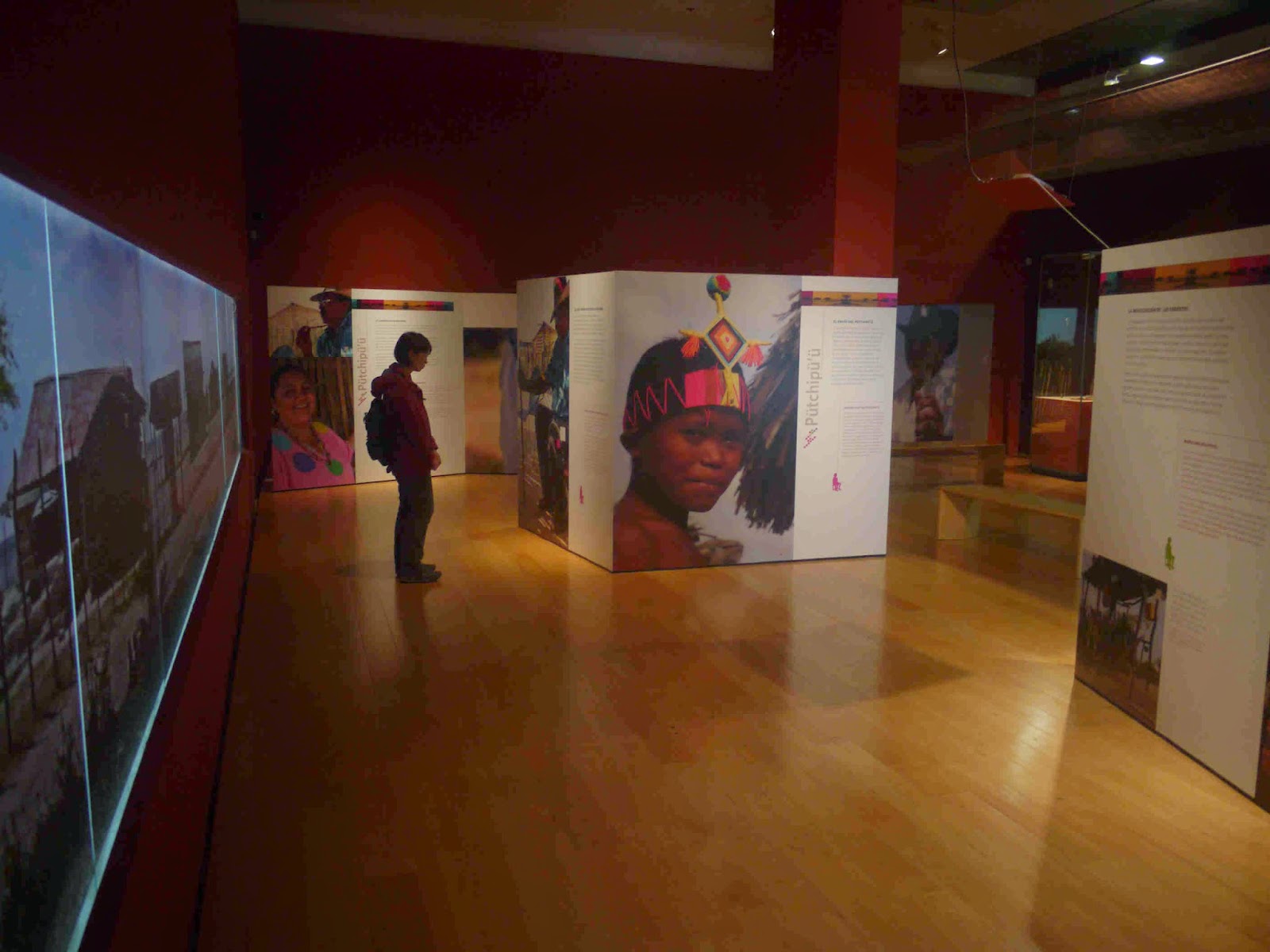 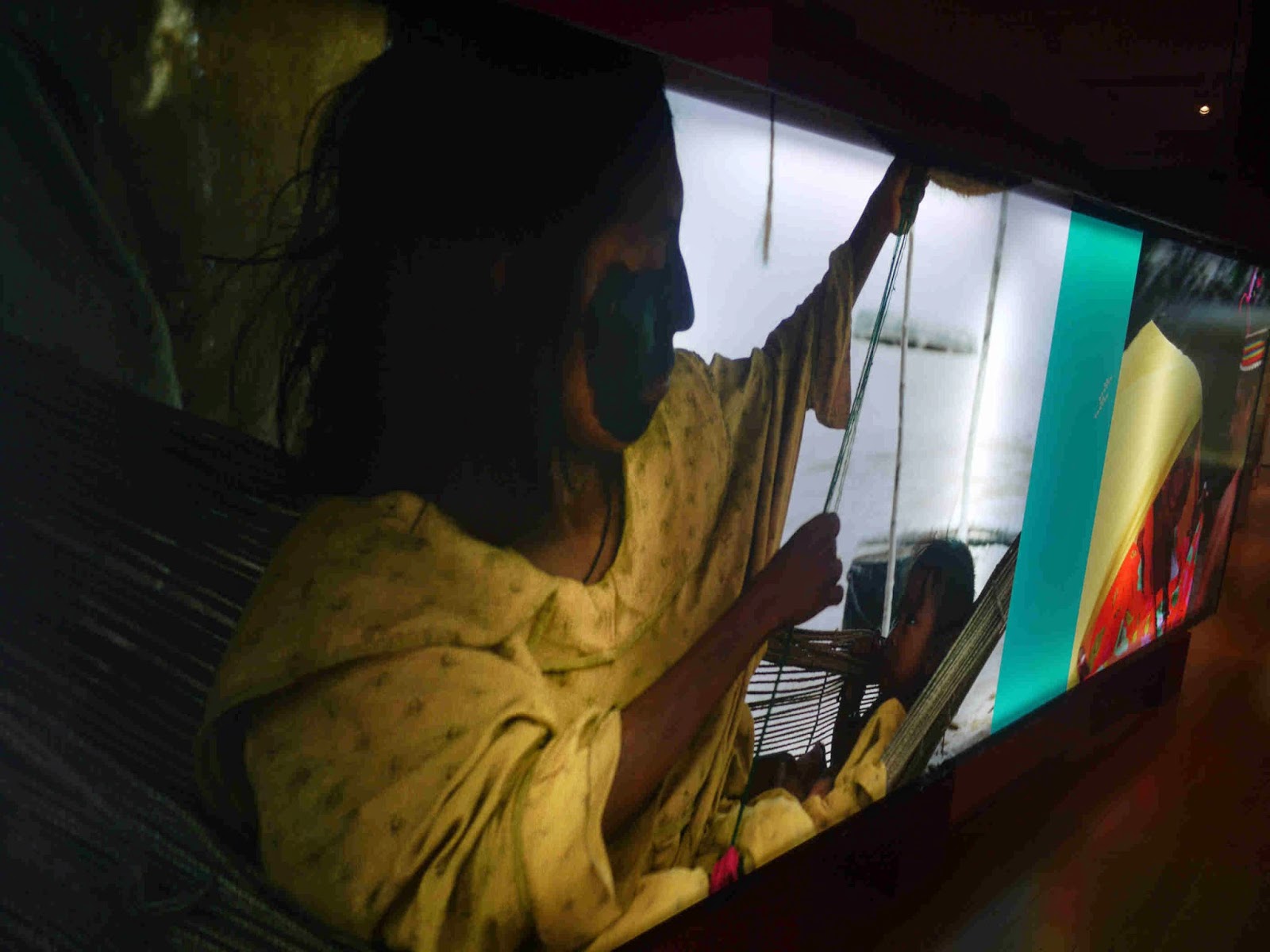 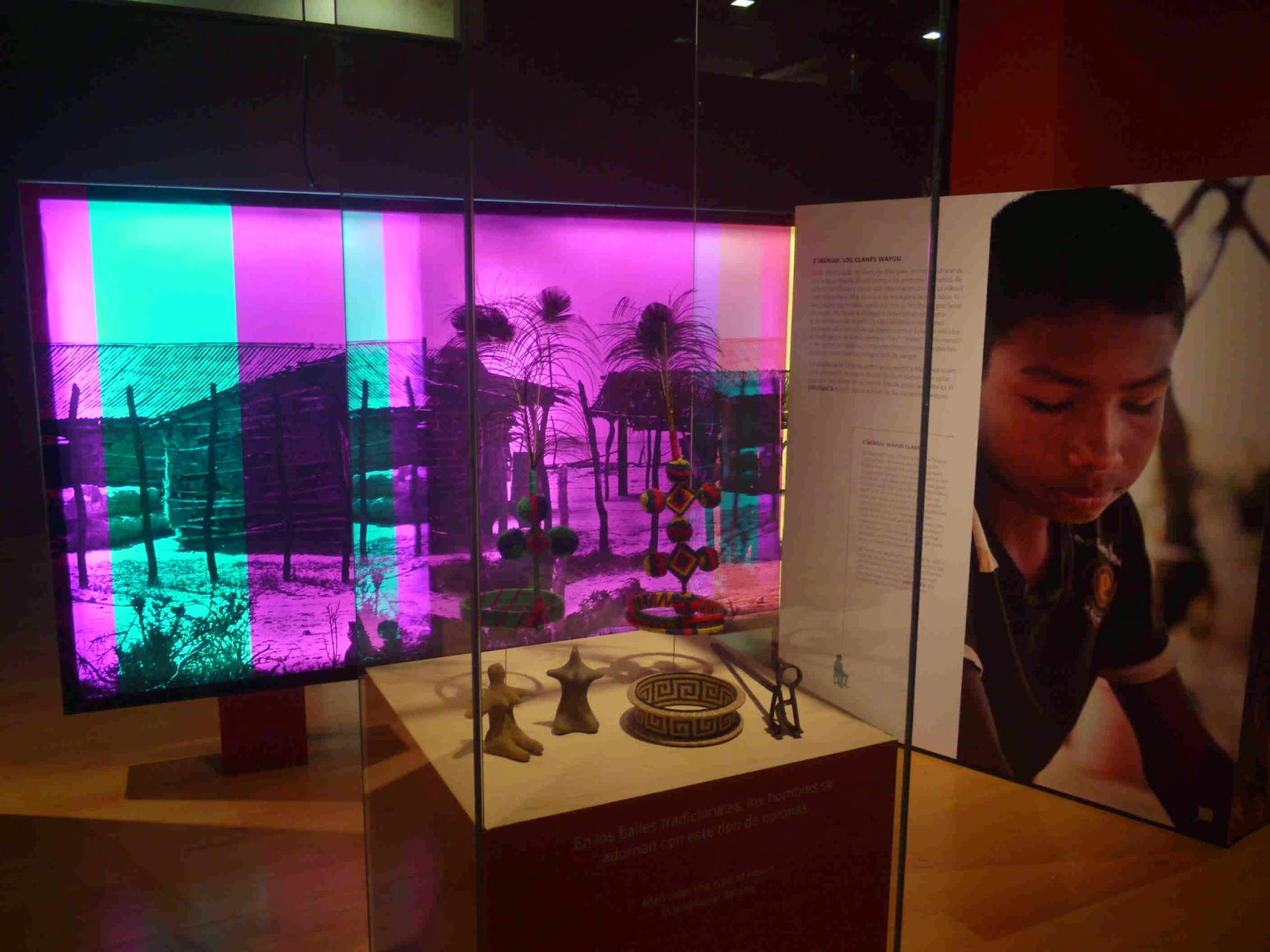