Andrés Castillo has a single dream: He wants to be a bullfighter. And not just any bullfighter, but una figura - one of the big names of the fiesta brava, who displays his art in the great plazas of Spain.

But Castillo, who is 18 and still working towards becoming a full-fledged bullfighter, sees his dream in peril. For the past two years Bogotá Mayor Gustavo Petro has not allowed bullfighting in the city's venerable Santamaria bullring. And now the mayor plans a multi-million remodeling of the 83-year-old structure, which the bullfighters fear will make it unusable for bullfighting. For more than a week, Castillo and other novilleros have been staging a hunger strike in front of the stadium demanding the right to practice bullfighting.

"My greatest dream is to fight in Bogotá," he says.

Petro and other opponents of bullfighting charge that the practice involves cruelty and glorifies violence. While they may be correct, it is perhaps a strange argument for a mayor who made his name as a leader of the M-19 guerrilla group, which was not above employing violence. But the anti-bullfighters' arguments hold no weight for Castillo, for whom bullfighting is passion, art and his reason for being.

"I dream about bulls; I live with bulls; for me, bulls are everything," he says.

Castillo's father is a fan of bullfighting, and even tried it once - but gave up after being scared by his first bull. He is now repairs washing machines. Ironically - or perhaps appropriately - Castillo says that his father is now the family member who least supports his bullfighting.

But Castillo caught the bug, despite suffering a mild goring from a calf in his first fight in 2012. He blames that, the first of many such gorings, on the fact that he'd trained for only two days.

"I got back up and kept going," he remembers proudly.
Since then, Castillo has fought dozens of bulls, most of them in small-town bullrings where he filled in after the regular matador got injured. He's fought ten bulls on his own.

Bullfighting is undeniably in decline, both because of pressure from animal welfare advocates and because the futbol. Colombia is the world's third most important country for bullfighting, after Spain and Mexico. Except for Bogotá, all of Colombia's major cities and many small towns have bullfights. There is also some bullfighting in Peru, Ecuador and Venezuela. 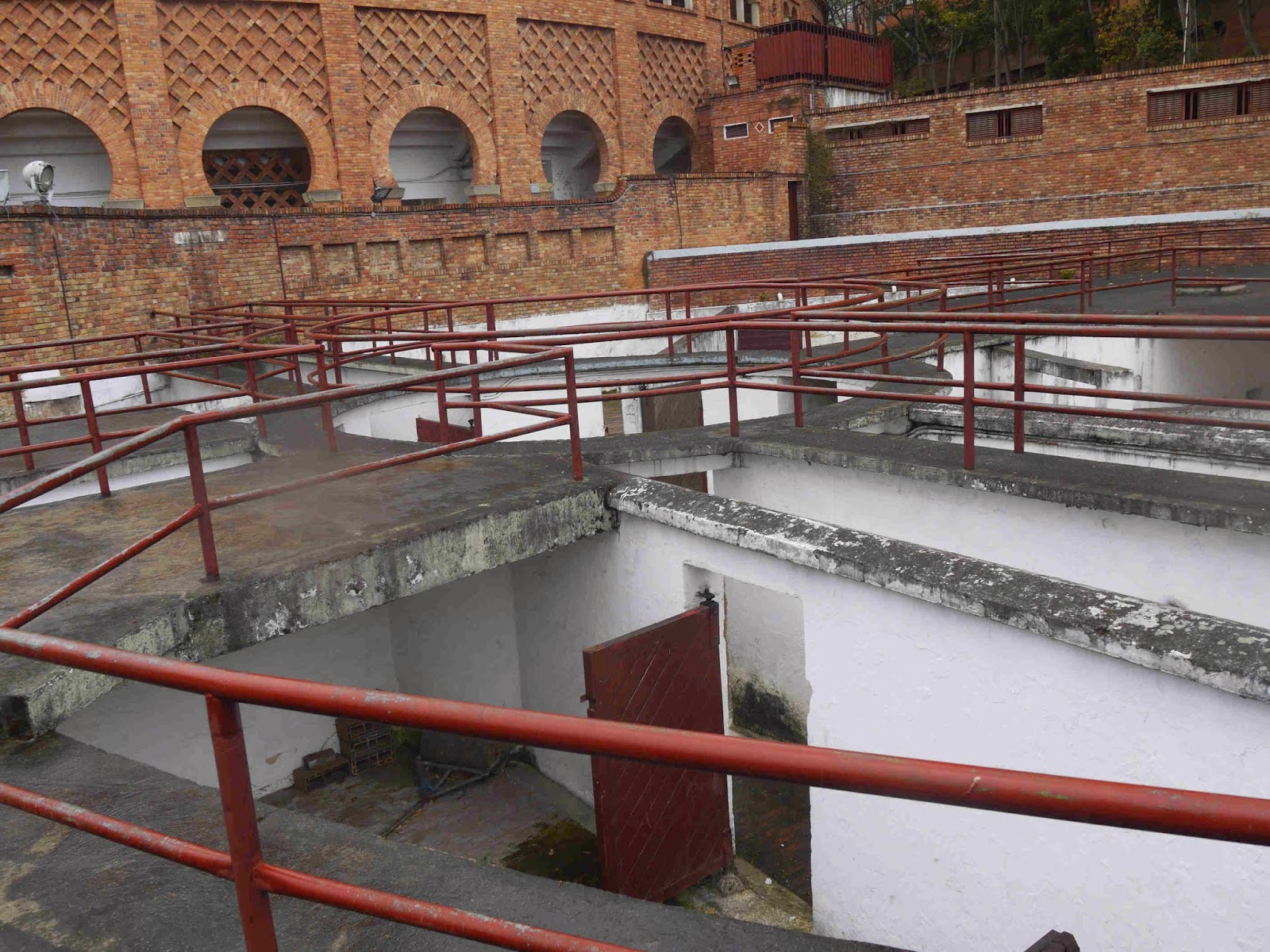 The bullfighting crowd also seems to be aging out. Young people in Colombia and other countries are into

His profession's decline worries Castillo, but doesn't dissuade him.

"When I think about bullfighting, I think of victory, not defeat," he says. "I don't know whether I'll achieve it, but I'm going to give all I can. There's nothing else that I like."

Transforming the Bogotá's Plaza de Toros into a Plaza de Todos (Plaza for Everybody) was one of Petro's headline promises during his mayoral campaign. For the first year or so of his mayoralty the handsome moorish-style stadium was used for cultural events and concerts. However, for the last 12 months the building has sat vacant, except for tourist visits and toreros practicing in the morning. The mayor's planned remodeling could be the death knell for bullfighting in the arena if the building's stables are transformed into a parking area.

Colombian bullfighters see the Santamaria Plaza as fundamental to their career prospects because it's where they have their best chance of being recognized and offered contracts to fight overseas.

The bullfighters have filed lawsuits demanding the return of bullfighting. They are backed by laws declaring bullfighting part of the city's patrimony. According to El Tiempo a court is likely to rule in the bullfighters' favor. But they can expect Petro to oppose bullfighting's return with every resource he has. After all, stopping the fiesta brava is about the only transformation the ex-revolutionary has accomplished. More than two years into his term the city is as polluted and congested as ever, and trash still piles up on streetcorners.

Animal rights activists have also been loud and conspicuous supporters of Petro. But, strangely, they have directed their ire almost solely against bullfighting. Nobody protests against cockfighting, nor have I seen any effort to improve conditions for the innumerable animals which are slaughtered every day for Bogotanos to eat. Bullfighting bulls, which are bred specially to be large, strong and aggressive, live free in the fields and live years longer than do animals raised for meat. Castillo points out that, if not for bullfighting, the bullfighting breed would not exist at all.

In his eight days of fasting, Castillo's weight has lost ten of his 64 kilos. But he says he has no doubts about continuing on until the plaza is reopened for bullfighting.