The Bullfighters Have Their Say

There have been lots of protests against bullfighting, but this was the first one I've seen in favor of la fiesta brava. Mayor Gustavo Petro hasn't allowed bullfighting in Bogotá's historic Santamaria Plaza for the last two years. Now, the city plans to spend millions remodeling the plaza, which has the bullfighting community worried that the mayor's real goal is to make the stadium unusable for bullfighting.

The bullfighters claim that, because the plaza is a designated historical landmark, remodeling is illegal. They also say that the remodeling plan includes transforming the plaza's stables into a parking lot, which would seem to make bullfights impractical. It's also a strange plan for a mayor who keeps promising to discourage use of the private automobile. 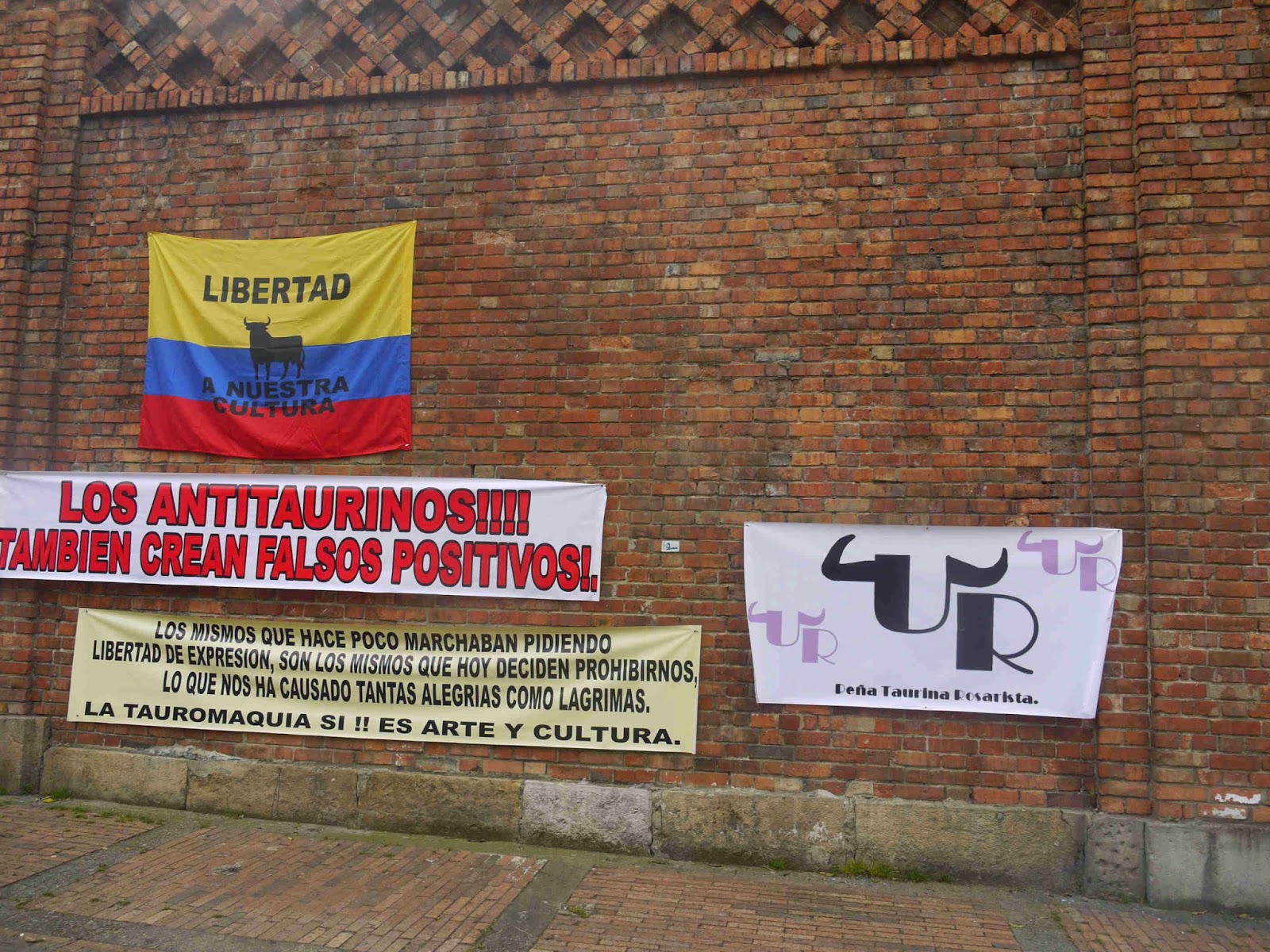 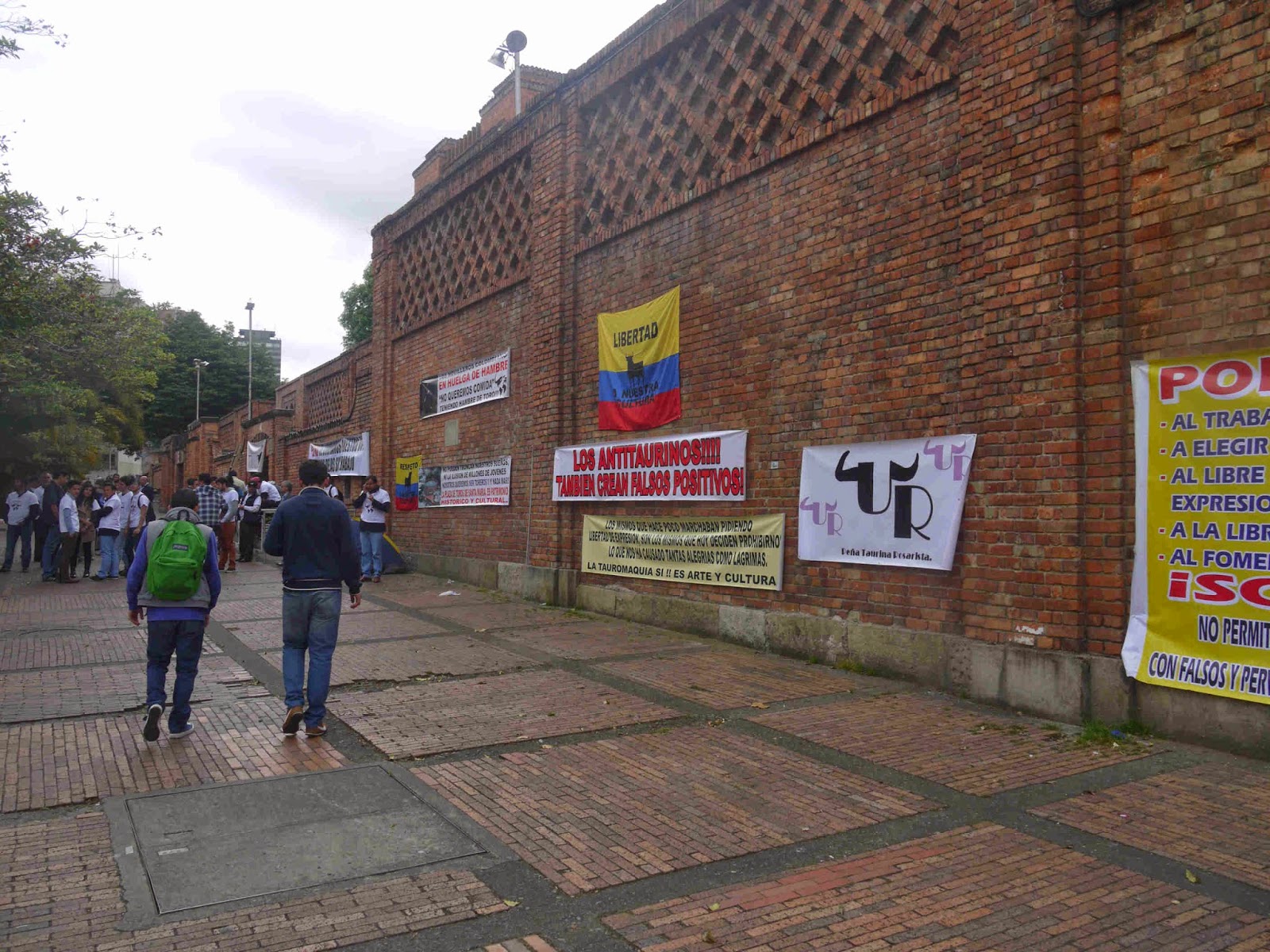