The headlines roar it out: Colombia is one of the planet's economic stars, with a growth rate above 6% - perhaps the world's fourth-highest. Colombia recently overtook Argentina to become Latin America's third-largest economy. 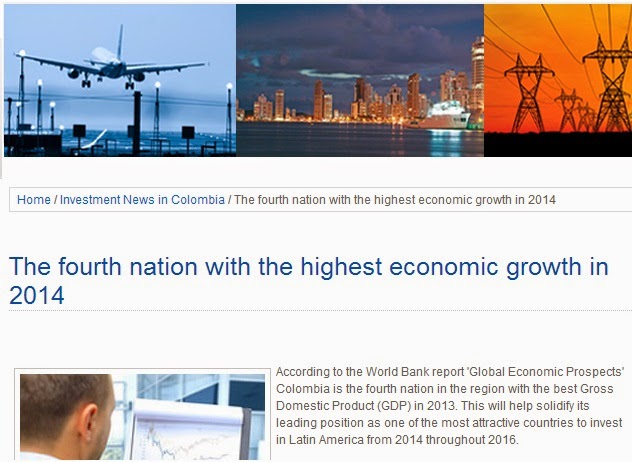 But not all Colombians are celebrating those headlines. Throughout the countryside, in the Pacific Coast and in south Bogotá, Colombia remains an extremely poor nation, many of whose citizens feel little opportunity to rise. 34% of Colombians live below the poverty line, according to government statistics which seem overly positive to me. But in some regions, such as El Chocó, more than half of the people live below the poverty line. Colombia also has one of the world's most unequal wealth distributions, altho both poverty rates and inequality have improved in recent years.

For that matter, we pass by lots of severe poverty every day in central Bogotá.

Maria Bridget, who is 33, is one of those people. I don't remember how I first met her, but I've known her for years, during which time she's squatted at times beside a river and with her six children and grandchild in a tenement room in the sometimes violent Santa Fe neighborhood. 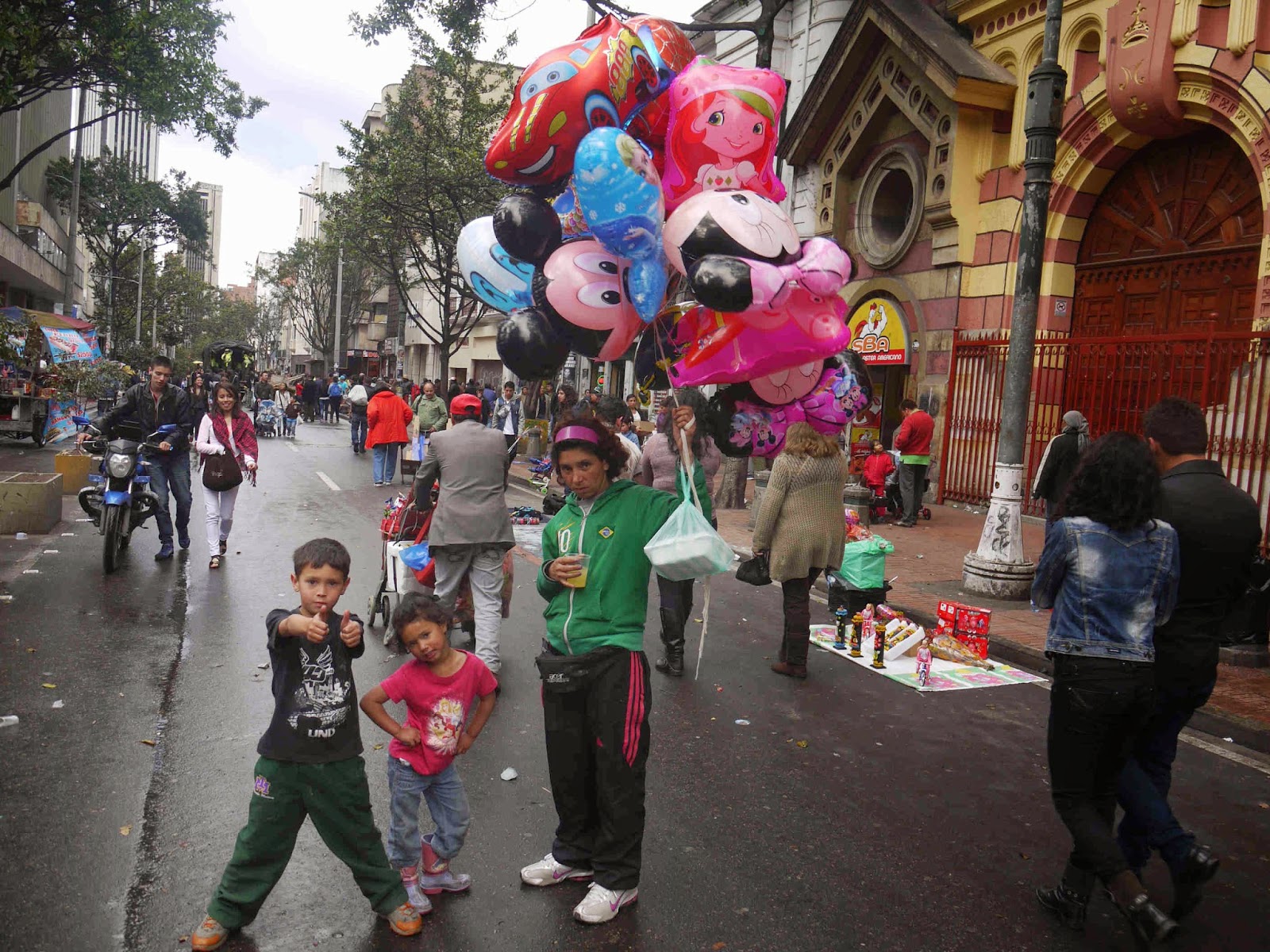 Maria is not poor because she doesn't want to work. She and her children glue posters to polls and walls and vends trinkets, often balloons, on the pedestrianized stretch of Ave. Septima. But even so, it's always a battle to pay the 15,000 peso daily rent on the room she shares with her extended family.

Because she can only manage to pay only a single night at a time, she pays far more for a run-down room than would someone who could pay their month's rent in advance. Besides that, there are clothing and food costs - even tho the children eat some of their meals at school or in free municipal soup kitchens. Recreation doesn't appear to be in Maria's budget, except perhaps for the glue I smelled on her breath.

Maria and her own two siblings became orphans when she was ten after her father was shot to death and her
mother died of some disease she couldn't identify. She doesn't remember what her father did for a living or have any idea why he was killed.

It was drizzling when I spoke to Maria in a small fish restaurant in the Las Nieves neighborhood. The rain doesn't help balloon sales.

"Today I've only sold three balloons," she said, and headed back out to the street.

So, all she would need to overcome that rent problem would be for someone to loan her the money for one month's rent for a room at one of the cheaper places? (I realize that she has other problems, of course.) That seems so straightforward and fixable. Do any organizations exist here to help with that? If she's paying 450.000 per month now, how much would she pay if she could pay her rent a month in advance? I feel moved to help her, and also feel that this should be simple. But please point out to me any complications or possible snags that I'm not seeing.

Those are good questions. I'm sure there are less expensive rooms which are nicer. (I pay much less for a larger place in La Candelaria). But would they accept a single woman with many children and no stable source of income? Would she fit in with her neighbors? Would she be comfortable there?

And, for that matter, would she, despite her best intentions, have the discipline to spend that money on rent rather than blowing it on food, drugs or alcohol?

If she knew that she had her rent paid, would she still get up every morning to hustle for money? Or would she stay in bed and watch TV?

it seems to me that she needs a fundamental shift in her way of thinking and lifestyle. For this sort of change, she might need a caseworker and regular, fixed, employment. But, would she be able to hold down a full-time job?