Amongst the possible ways to provide water to the drought-stricken La Guajira, on the border with Venezuela, about the least efficient is collecting bottles one-by-one in Bogota and flying them half-way across the country to La Guajira.

However, that is what Bogotanos are doing by delivering bottles, jugs and bags of water to the Parque
Nacional. It's a nice gesture. But the most cost-effective way to handle these gifts would probably be to sell the water here in Bogotá and contribute the money to hiring a water truck in La Guajira.

Drought has struck not only La Guajira, but much of Colombia's Caribbean coast. And experts expect the situation to worsen if the El Niño phenomenon arrives as expected. Government officials, including Pres. Santos, have called on Colombians to conserve water. But that won't have much effect. Measures which would make a difference include installing low-flow shower heads and toilet tanks and imposing fines on water wasters.

More than a dozen children in La Guajira have already been killed by the drought, according to news sources. Some say the drought conditions have been worsened by cattle grazing and oil production. 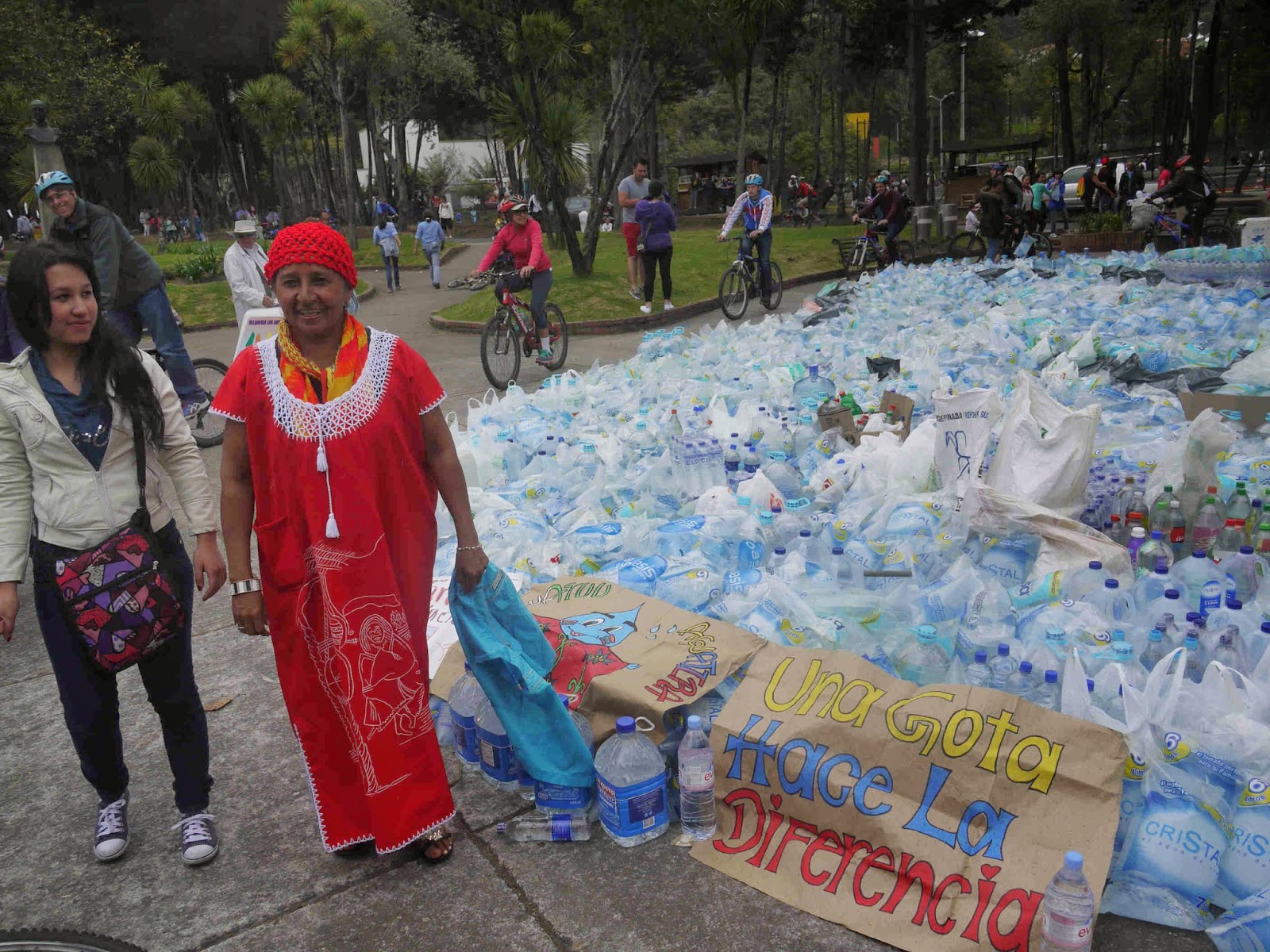