Globalizing Away the Amazon

A shipping container sinks into - or replaces a lake of lily pads; A giant tree is transformed into paper
before even being cut down; an indigenous man recounts how his people's sacred land was invaded by geologists searching for oil using underground explosives.

The same message has been told, of course, time and time again: Amazon deforestation leapt 29% last year over the year before (altho it was still lower than that registered in other recent years); in recent years, Colombia has lost more than 300,000 hectares of forest per year. 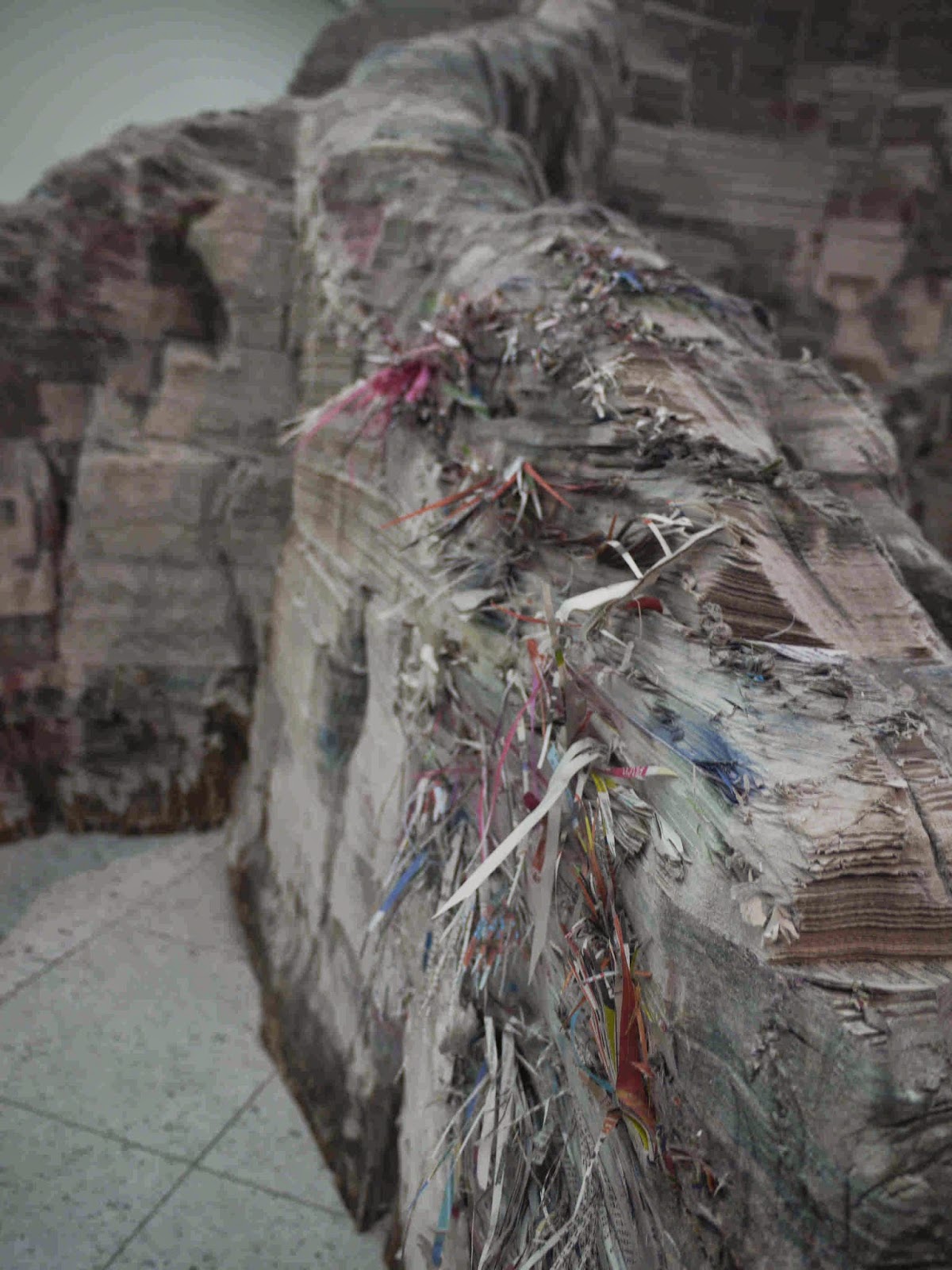 The causes are global, even when the immediate actors are local. The world's appetite for beef is booming, driving ranchers to clear ever more land to graze cattle. And the use of ethanol in gasoline - even when made from corn grown in North America - can increase markets for grains in Brazil, generating deforestation there.

The exhibit's text explanation describes the Amazonian peoples' complex relationships to nature, which is so different from the way we urbanites live. And, sadly, such a complex, balanced relationship is being replaced by a simple one defined by resource extraction. Tragically, while such exploitation produces very short-term benefits and few jobs, it is killing the Amazon forever. 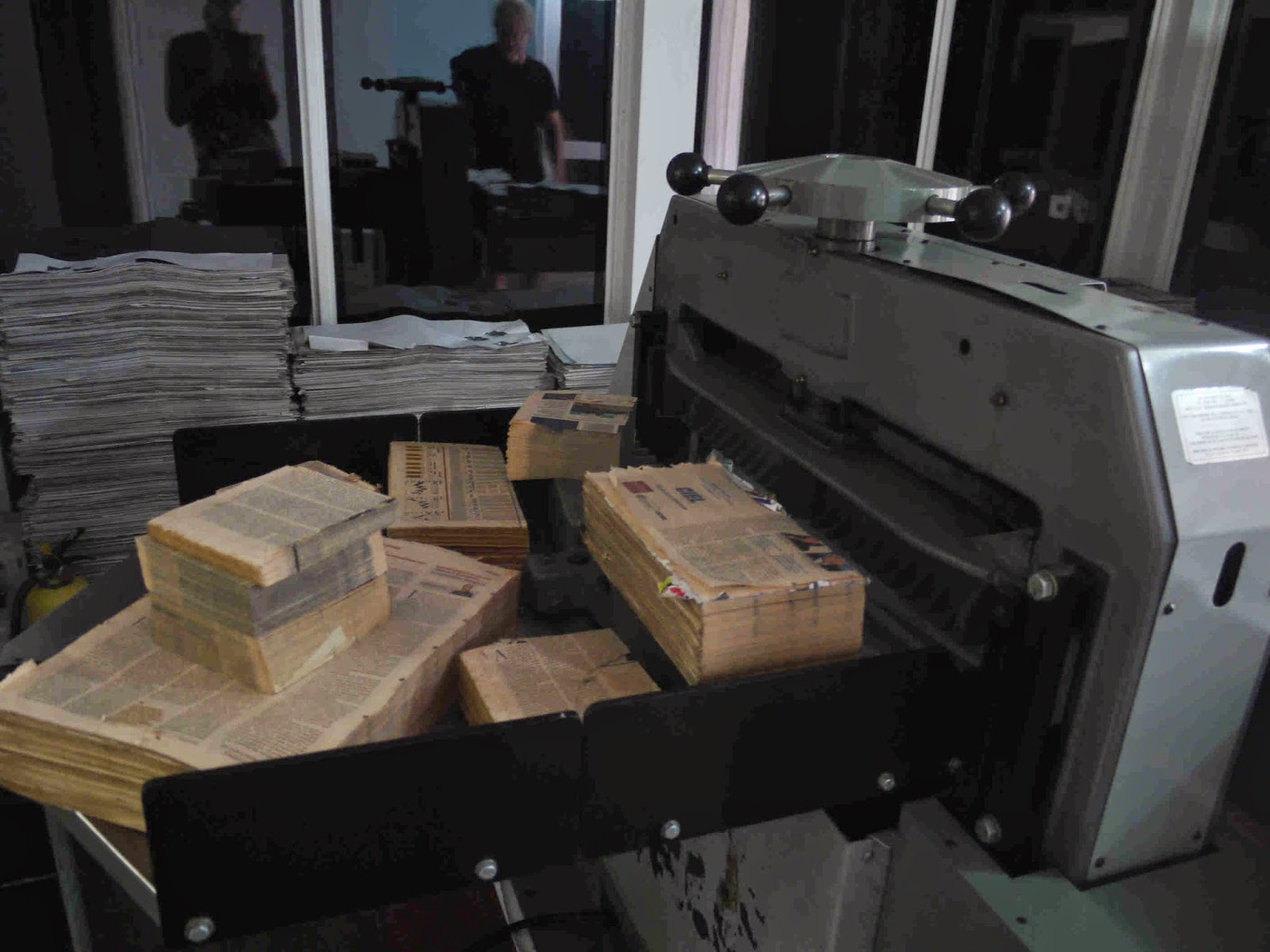 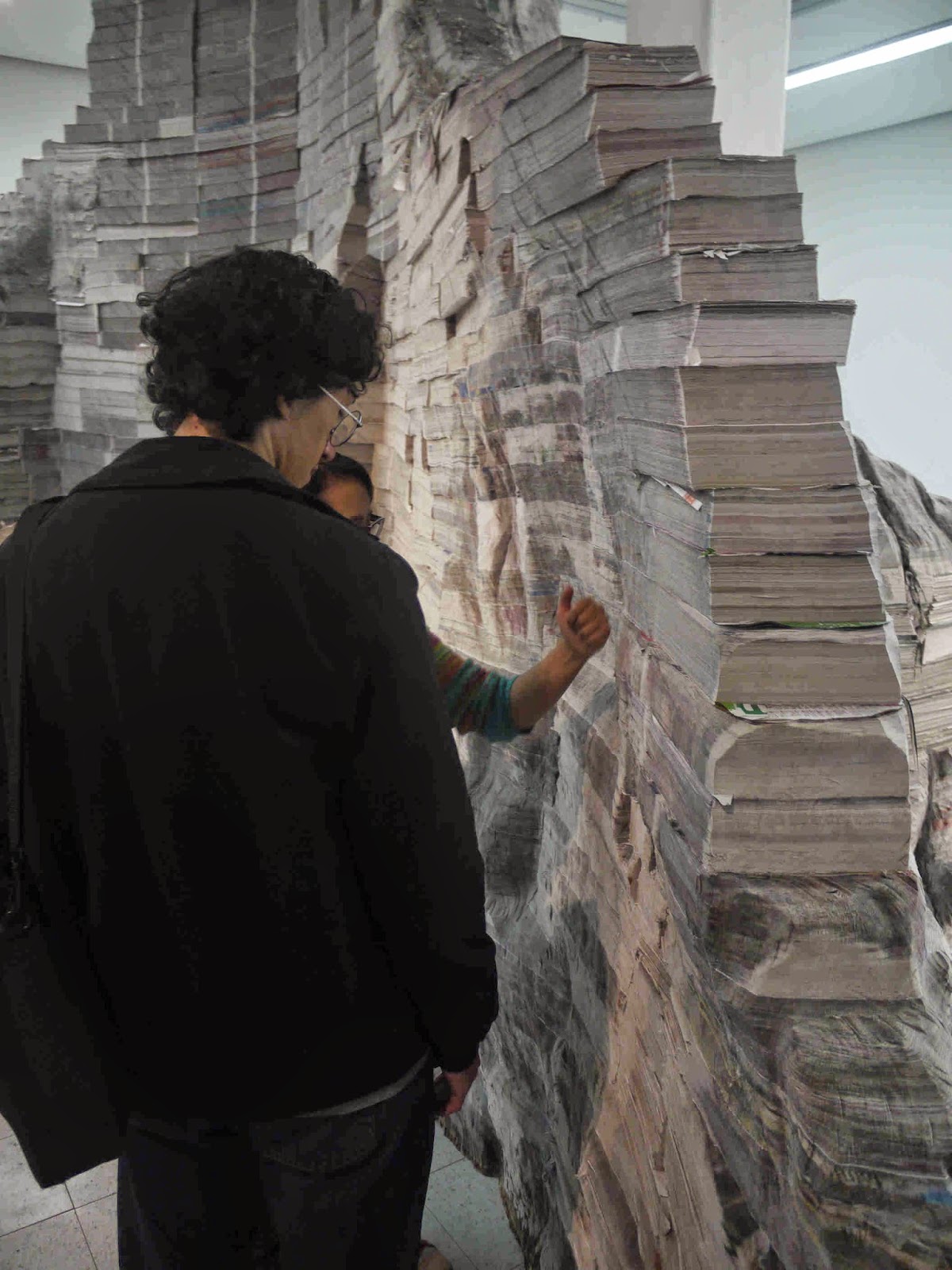 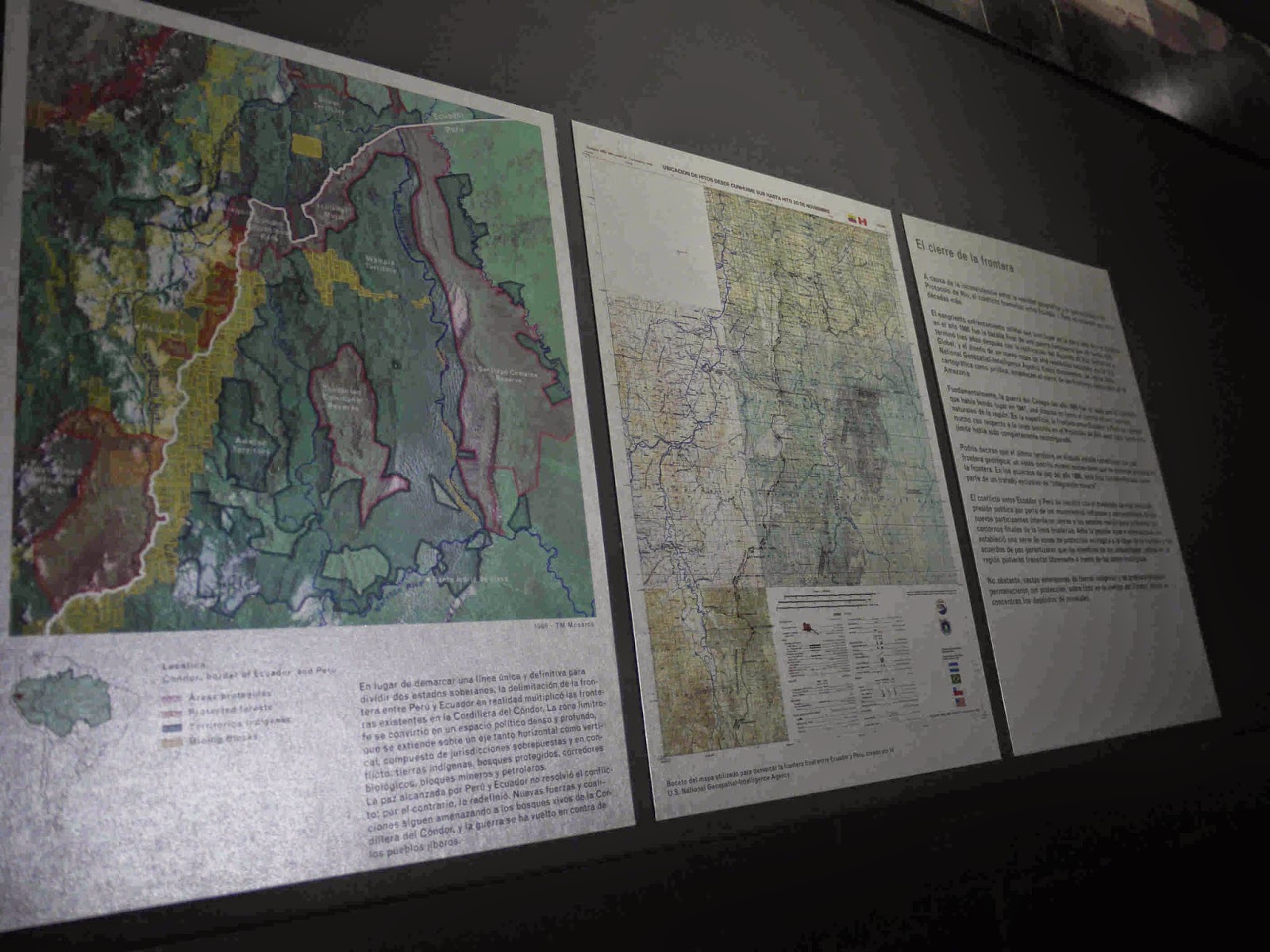 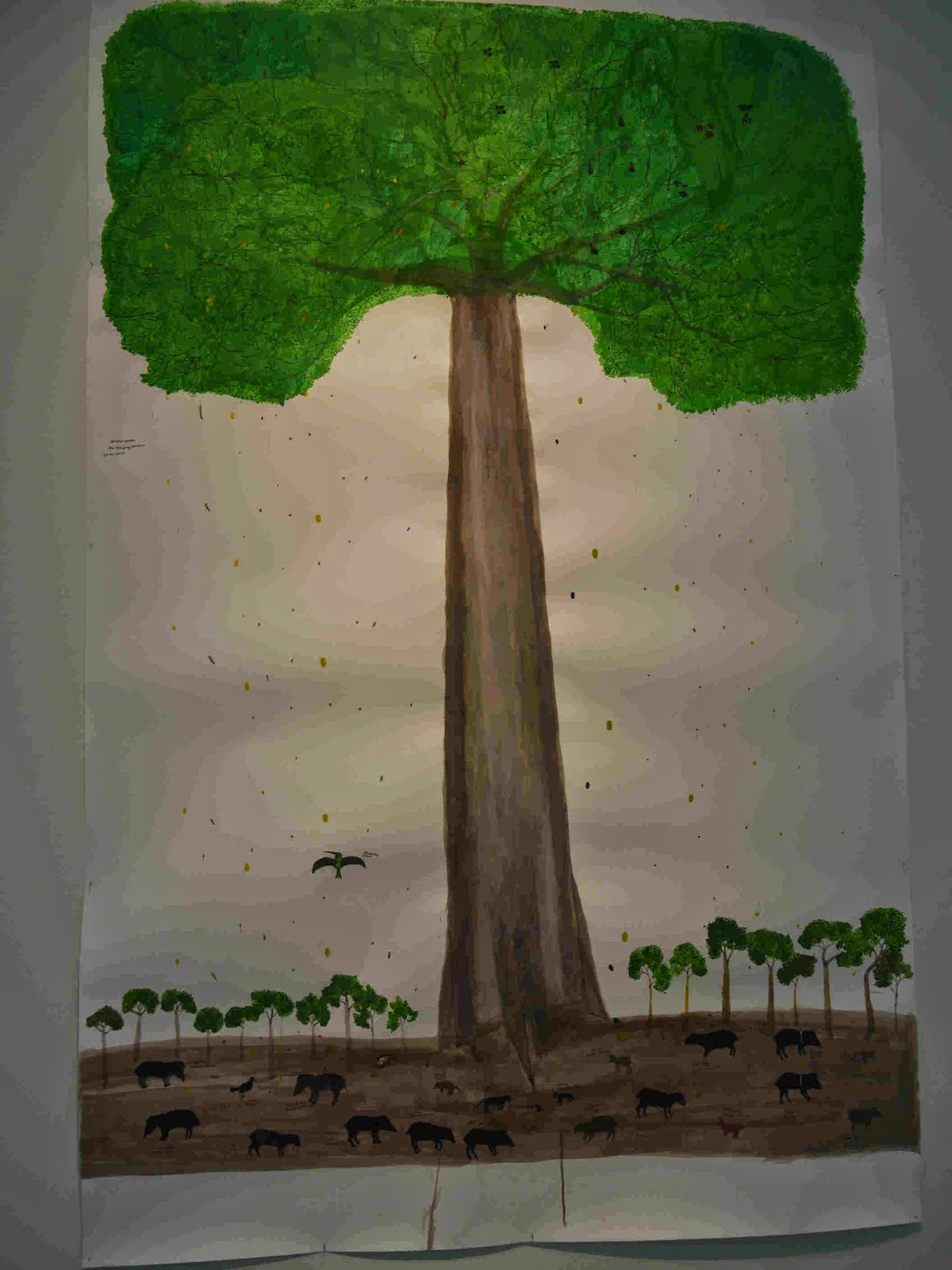