What Happened to Authors Bookstore?

While pedaling thru the Zona G this afternoon, I passed by Authors bookstore and received a shock. The place is closed and has For Rent signs in the windows.

Authors was a landmark for Bogotá's anglophone and anglophile communities: it sponsored readings, hosted a writers' workshop (which published a book of short stories) and sold lots of books, both new ones and classic. I hope Authors is in the process of relocating, but I couldn't find any sign of it, either at their address or on the Internet. The store's Twitter and Facebook pages cut off back in March, and their website is dark.

And, if they were relocating, why didn't they take the awning with them? 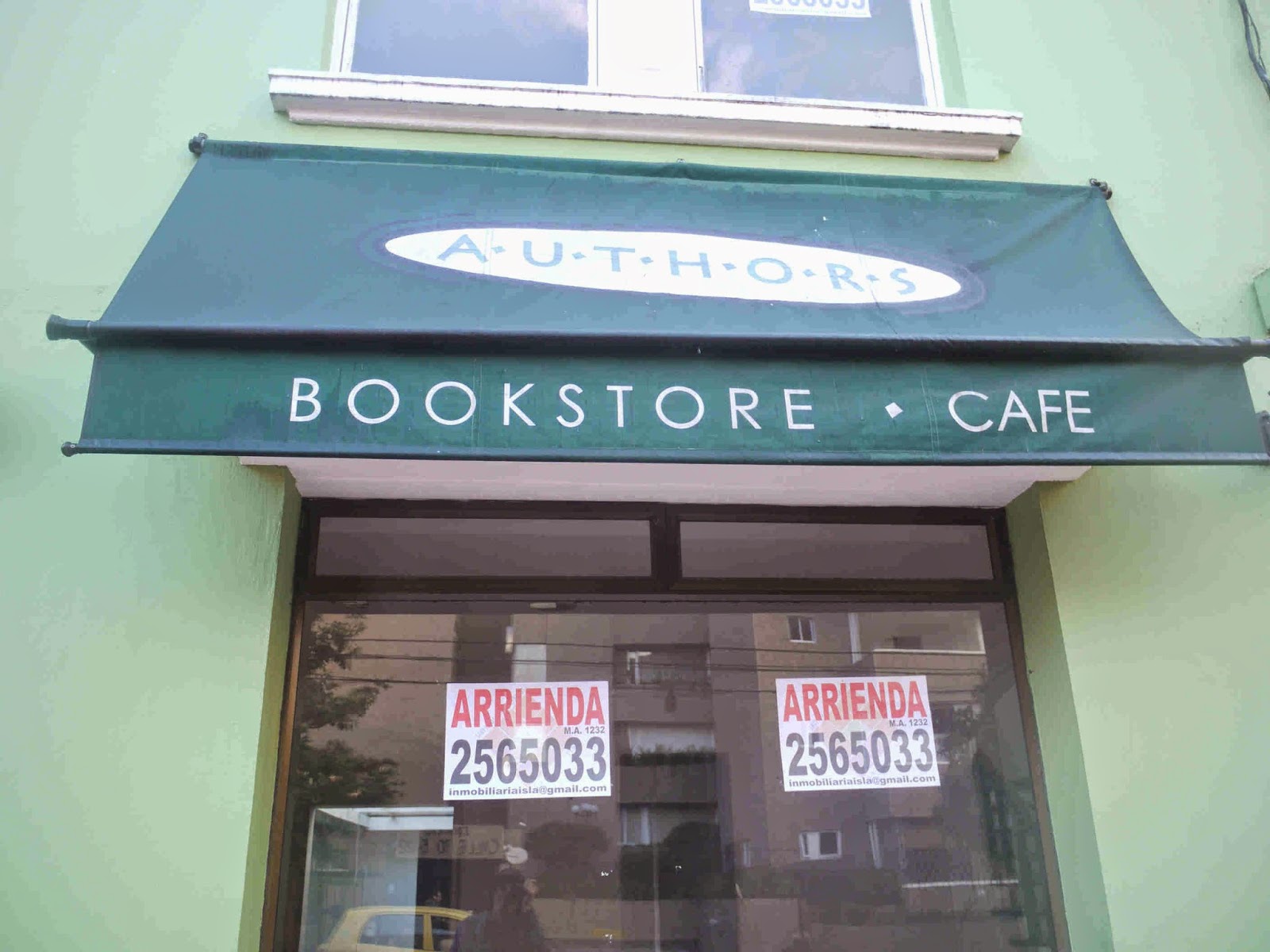 Operating a bookstore is a real challenge nowadays, when fewer people read, and those who do often do so on electronic devices instead of dead trees pulped up and rolled out into pages. (I still prefer the paper books.) I've learned about the difficulty of the books trade at Bogotá Bike Tours, which has a selection of hundreds of used paperbacks in English, German, French and other languages, but few customers for them. Authors' selection was great, but the books were expensive. In Bogotá Bike Tours you can pick up a used paperback for a few thousand pesos; in the book district around Calle 15 and Carrera 9 you can pick up used paperbacks in English for 10,000 pesos and up.

I don't know of any English-only bookstores left in Bogotá, but stores like Lerner and the Gabriel Garcia Marquez Cultural Center, both in La Candelaria, do have English-language sections.

Good afternoon:
I was looking for some data about this bookstore and I found your article;
do you have any further information on its fate? Maybe it opened in another location or definitely disappeared?
Thanks in advance for your answer.
Camilo Cuervo
neocamimedes@gmail.com

Very sorry to hear that. Any news?

Yes, it's sad, because it was an institution.

I heard - third hand - that there was a problem, which I won't try to detail, between the owners. Unfortunately, I haven't heard of it reopening.

Have you heard something new? Perhaps a different location?

Have you heard something new? Perhaps a different location?

No, nothing, unfortunately. Someone told me that the owner's wife wanted to continue with the bookstore, but that obviously didn't happen.

There's an all-English Bookstore called bookworm, inside Doméstica on Cr. 6 and 56.

I don't know that it's related in any way to Author's, but it feels like a spiritual successor of OG Author's Bookstore, as café and bookstore are one, the tables are cute and warm, and the pastries are uniquely delicious.

I always missed the ginormous muffins from Author's before they allied with bigger cafés like Diletto.