To Catch a Thief? 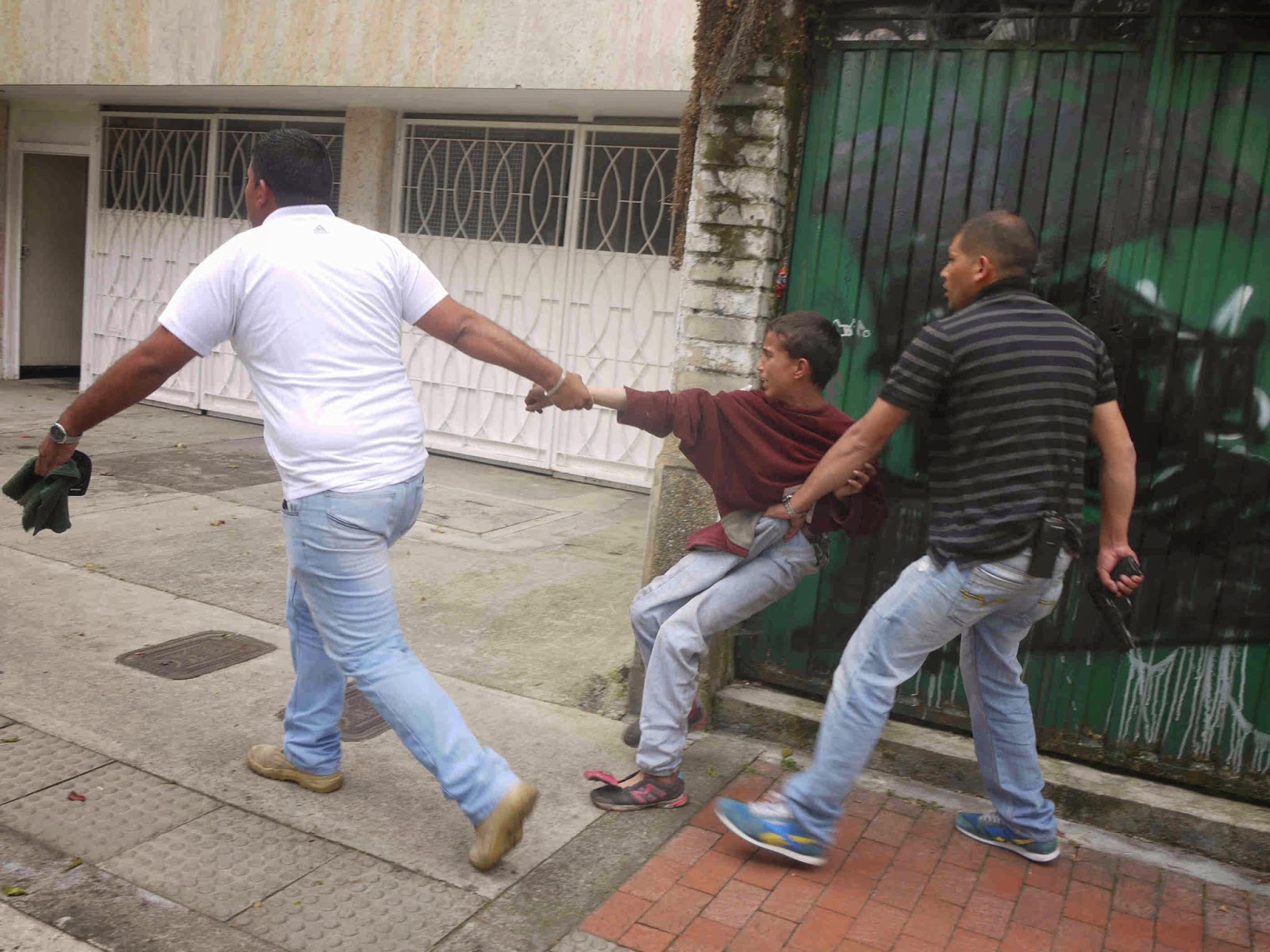 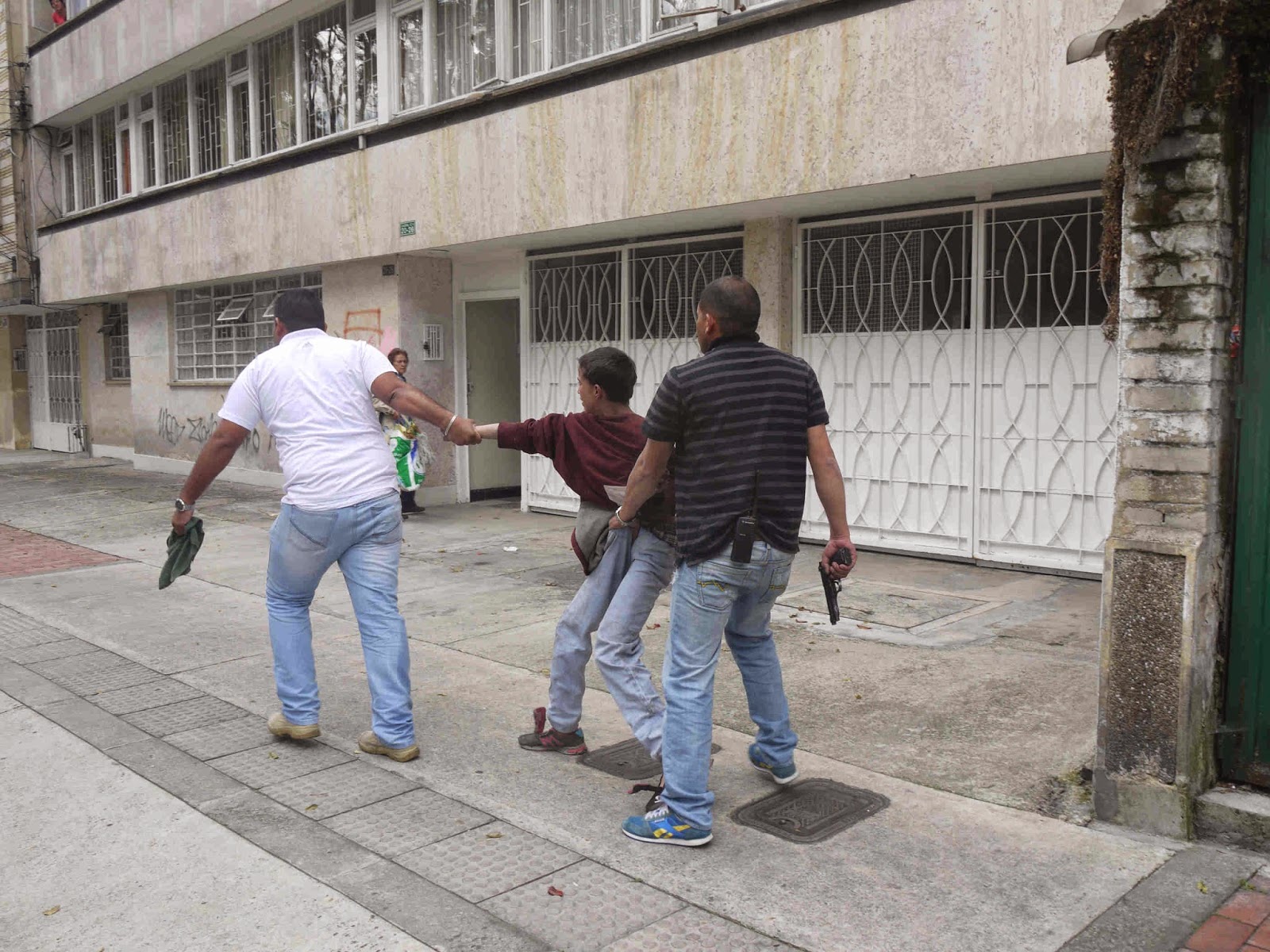 This afternoon in the Teusaquillo neighborhood during a bike tour we came upon this scene, in which two tough-looking men were apprehending this kid, whom they accused of stealing, apparently a car's rear-view mirror.

Scenes like this one aren't rare in Bogotá, where residents frequently take the law into their own hands after crimes - or alleged crimes. In this case, thankfully, the two men didn't beat the kid up, altho that might have been because we witnesses were nearby with cameras, and someone called the police, who showed up quickly. I've seen other incidents in which people beat up an alleged criminal, with the justification that 'the police will just let him go.' 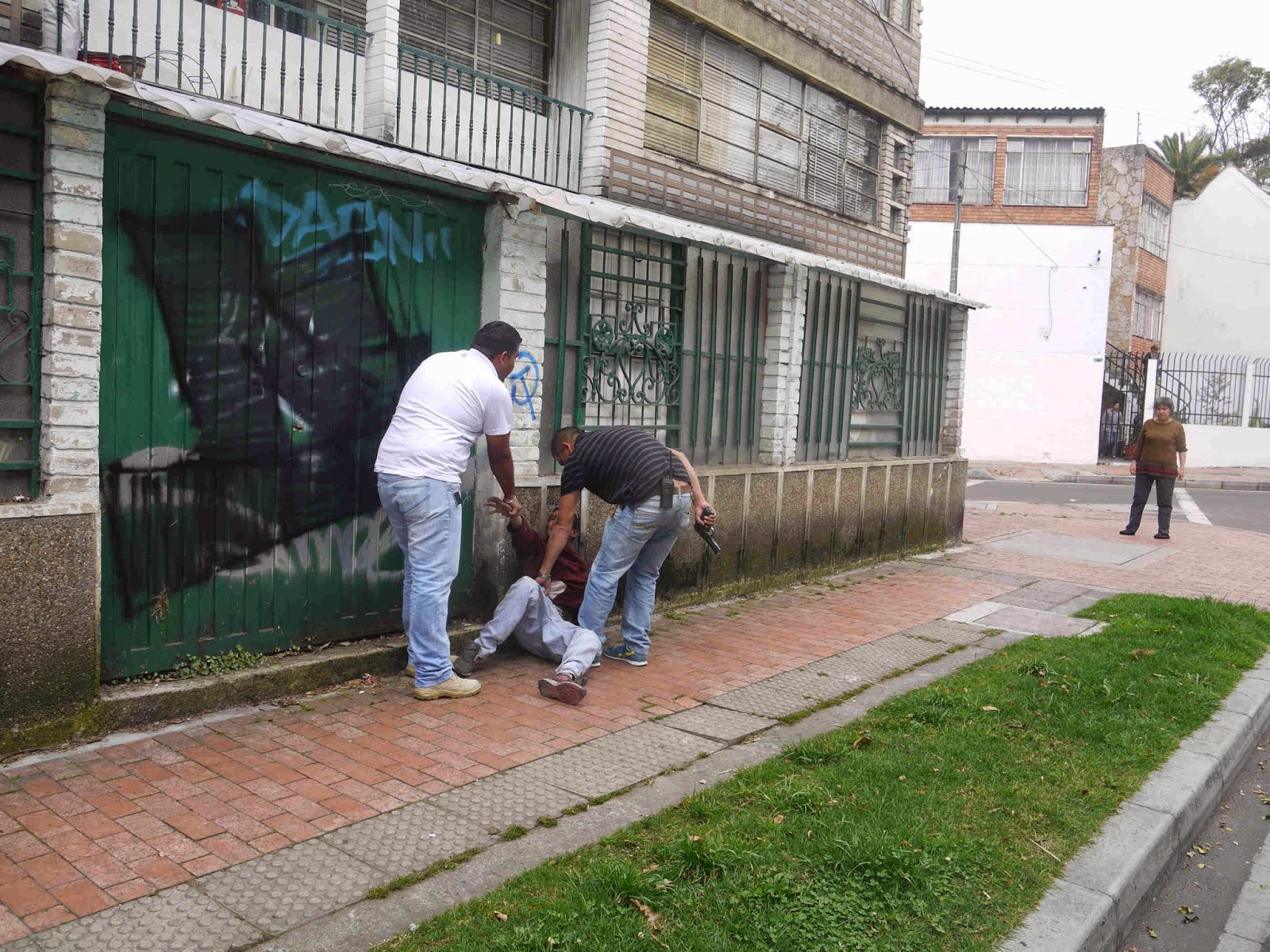 Why is the man in the striped shirt carrying a pistol? Does he really think that two big men need the help of a firearm to detain a small kid? Would he really use it against this kid for supposedly stealing a mirror? And, does he have a license to carry a firearm in the first place?

And, how about the kid? He looked like a homeless drug addict, and very desperate. Had he been kicked out of his home? Beaten or abused? Desperate to eat or more likely to buy bazuco, he tore off a mirror worth a few thousand pesos in El Bronx and started running. He didn't get far this time.

Perhaps he's in a children's home by now and will come out better for the experience. But more likely he's in a cell with other criminals, or back on the cold streets by now. 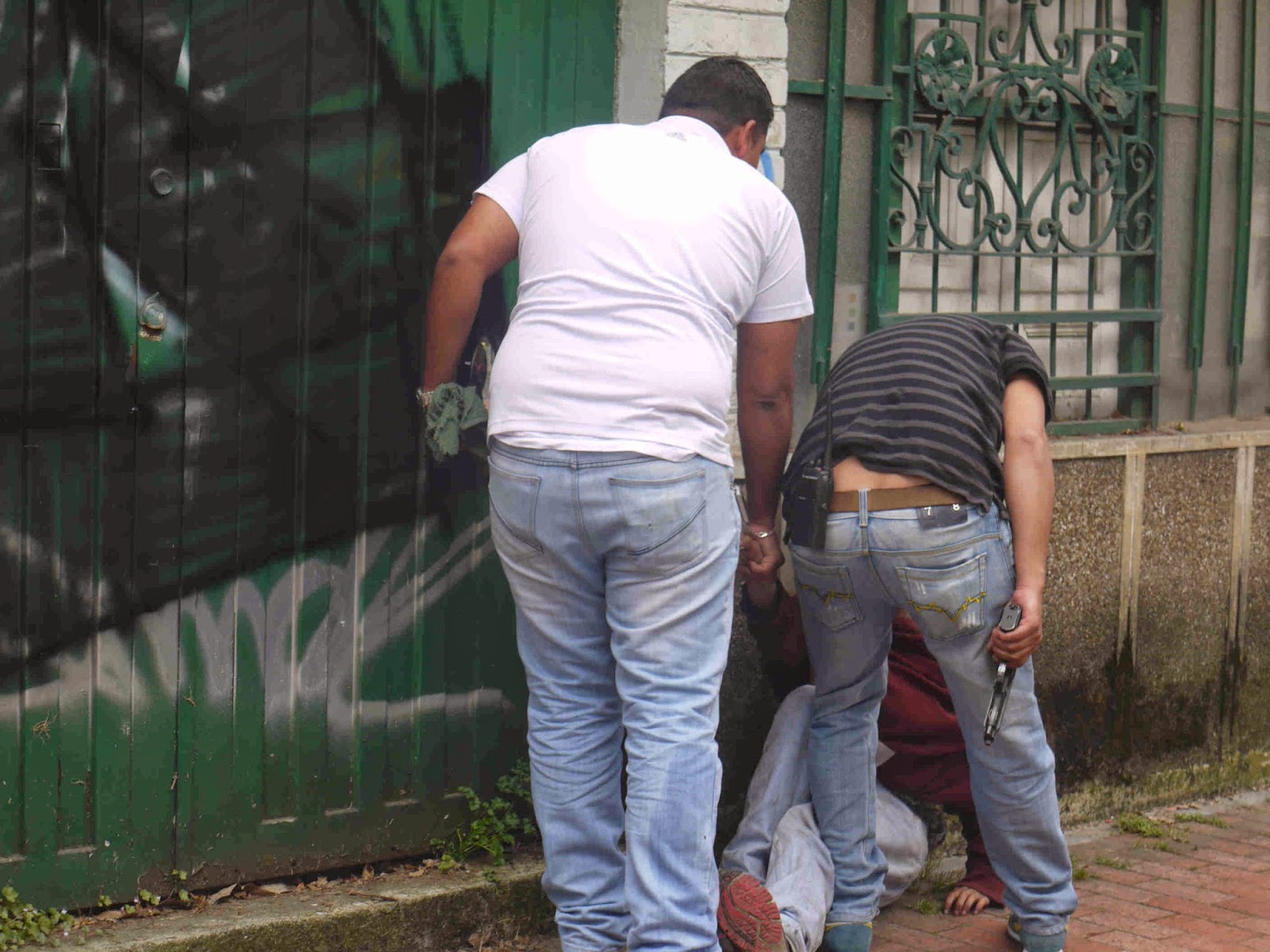 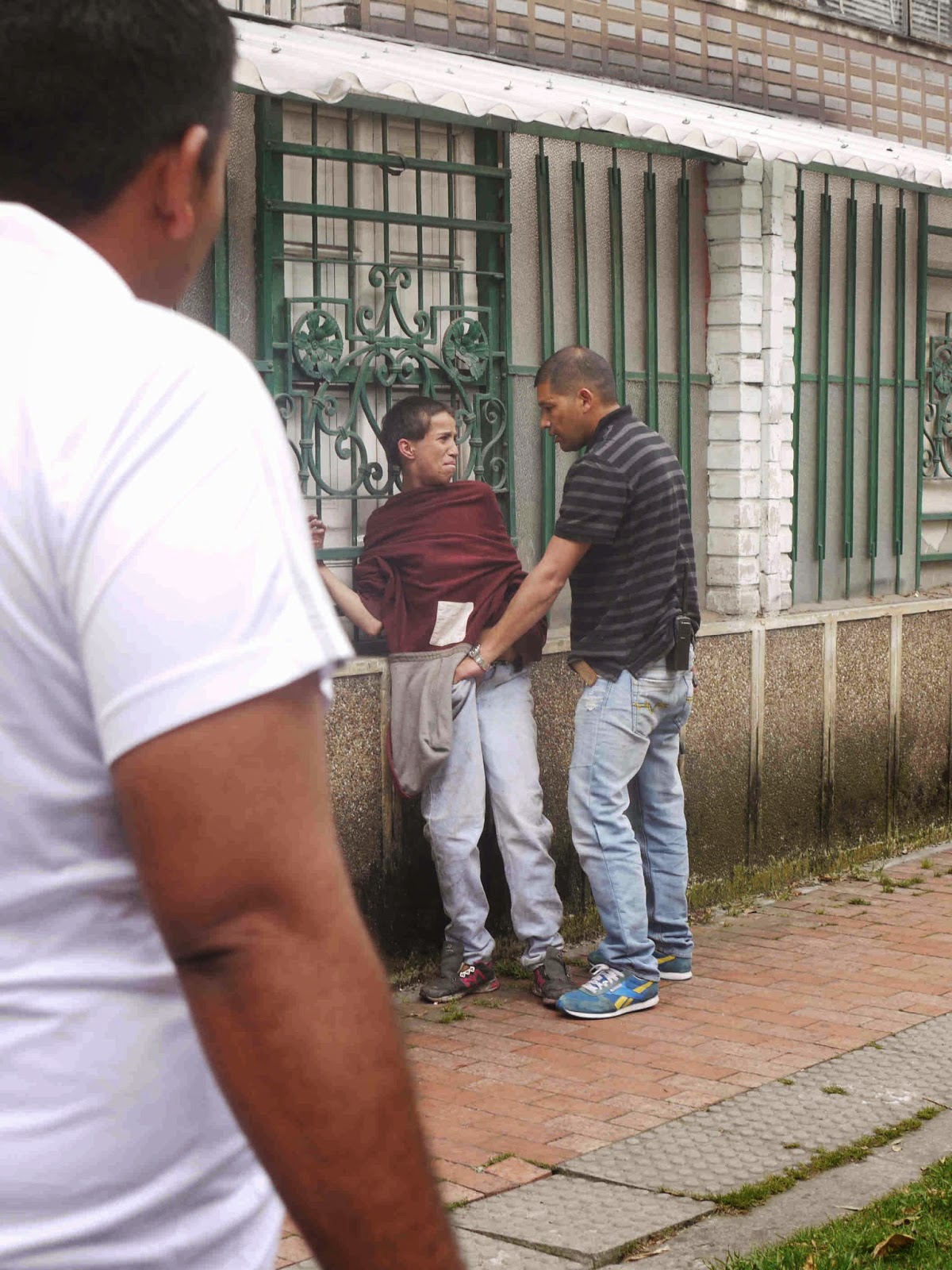 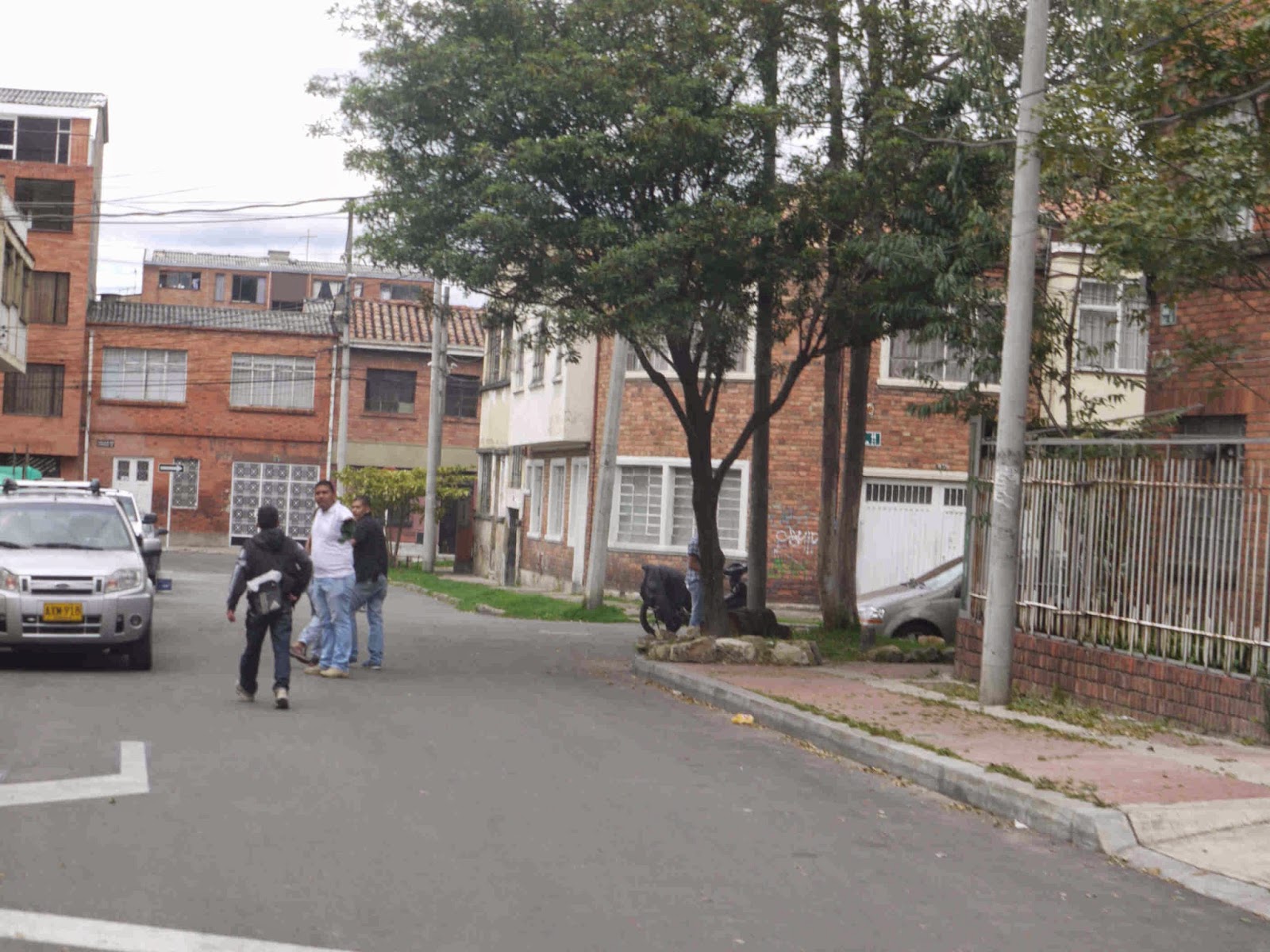 wow i just came upon your blog and was heart broken. our family is starting up an orphanage in Bogota and we are looking forward to having the kids there and much safer.

Good luck with it. There are lots of kids here who can really use help and support. But be prepared for frustrations.

Right now, the Casa del Colibris is shut while they wait for money and government approval on a bakery they're opening. I don't understand why they can't operate meanwhile.

Also, the city took away the lot where they grew vegetables. I expect that they'll leave the lot empty for years, maybe permanently. But that's Colombia and bureacracy.

thanks! we've hit some bumps but determined regardless. are you currently working or partnering with casa del colibris?

Yes, we talk all the time. But, like I mentioned, they aren't open unfortunately.