A Day of Demonstrations

On La Plaza Bolívar, canines walked their humans - or perhaps the reverse - in protest against a muzzle law. Muzzles are already required for many breeds considered dangerous, such as pit bulls, so I'm not sure what this change might be. Pit bulls are popular pets here, but I've never seen one act vicious.

Other big, tough dogs, such as dobermans, are often used by security guards. But I've only seen these dogs in action once, when some university security guards used them to savage alleged teenage muggers while the guards led them to a police station.

Further north on La Ciclovia a marchers protested against corruption. This woman was handing out masks, which they seemed to be using to symbolize their cause, perhaps because the corrupt try to disguise themselves. This woman's shirt says 'No More Indifference, Silence, Disrespect.' 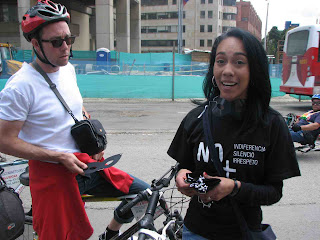 Right now, Bogotá's mayor is suspended from office and is headed for trial and his brother, a senator, is already in prison, all because of a corruption scandal involving expansion of the city's Transmilenio express bus system. The two were allegedly receiving kickbacks from the construction contractors. The administration of ex-president Alvaro Uribe is also besieged by several corruption scandals, including the alleged use of agricultural subsidies to benefit political allies and spying on court officials. 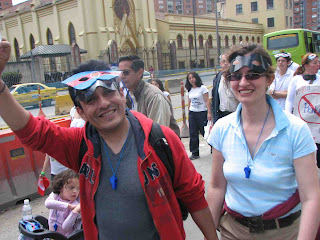 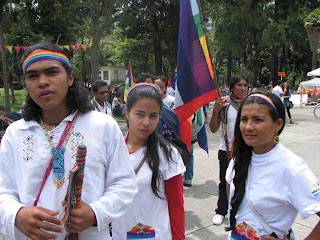 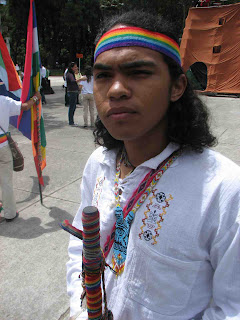 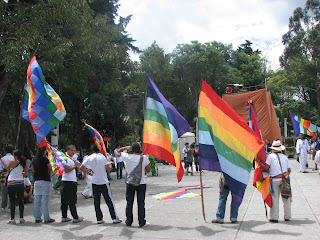 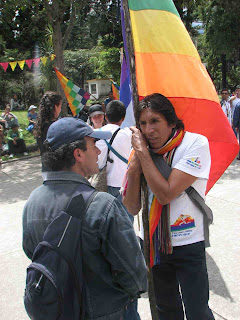