Day of the Disappeared

To commemorate the International Day of the Disappeared yesterday, a theatre group performed on Plaza Bolívar a play denouncing police abuse of young people. Nearby, hundreds of photos and candles memorialized people disappeared. According to human rights groups, during the last half century some 50,000 Colombians have disappeared and never been found.

Disappearance was used most notoriously by the dictatorships in Chile and Argentina to rid themselves of their murdered political enemies. Some victims were buried in mass graves or thrown from airplanes into the sea.

In Colombia, disappearances have been committed by government forces, their paramilitary allies, leftist guerrillas and narcotrafficking cartels.

Police violence has made headlines recently because of the fatal police shooting of a young graffiti artist.

While nearly all the Colombian police I've met seem to be decent, concerned people, it's also true that the law makes young people extremely vulnerable to police abuse. One often sees the police stopping, frisking and searching young people on the street without anything like probable cause. While the cops can catch muggers this way, it also opens the way to abuse: I've heard stories about cops allegedly planting drugs on people, apparently to extract a bribe. Some people also say that the police are supposed to round up a certain number of people every day, and nailing kids for either real or invented drug possession is an easy way to do that.

A flyer handed out at the event informs young men about their rights relative to Colombia's obligatory military service. According to the flyer, a United Nations working group has described mass round-ups of young men as 'arbitrary detentions.'

Scenes from the play and memorial: 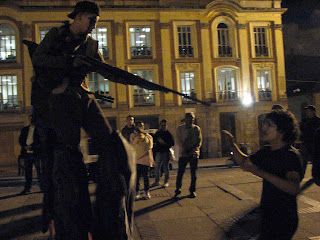 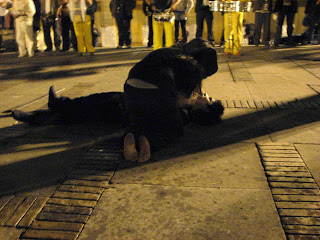 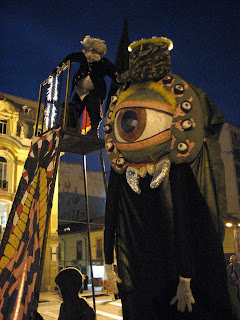 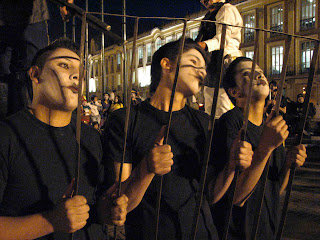 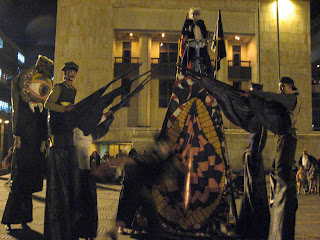 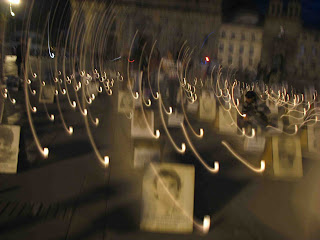 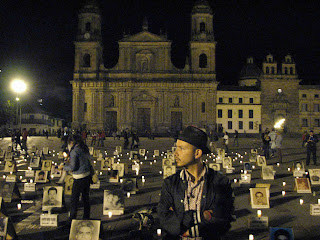 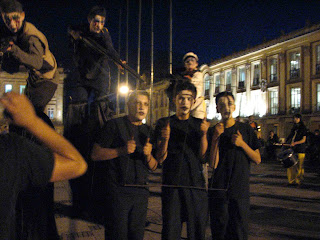 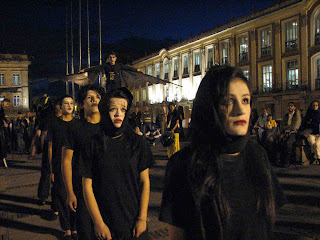 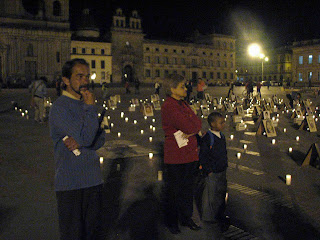