Land Reform: A Dream That Failed

Colombia has tried several times to redistribute lands to satisfy the demands of the poor, hungry and landless, but never really succeeded. The tragic results are demonstrated by the country's ongoing armed conflict, whose historical roots, and probably a large part of its ongoing fuel, lie in Colombia's terrible inequity in land ownership. After all, many of the young people who join illegal groups out of desperation and poverty might choose not to if they had access to land to work and live off of.

Pres. Santos is now attempting yet another land reform effort and in its success may lie Colombia's future peace.

The saddest of these photos reminded me of the 1930s WPA photos, which captured the tragedy of the US's Dust Bowl. Others are happier, but very possibly were followed by disappointment. Still others portray idealized, heroic campesinos - fictional figures created to sell the program.

These photos were taken by journalist Efraín Garcia between 1960 and 1972, of participants in the government's INCORA agrarian reform program, and are exhibited in the Museo Nacional in Bogotá thru November. The program was seen as a failure by many observers because the land recipients often weren't prepared for land ownership, and because the imbalances of power and the violence in the countryside were not addressed. 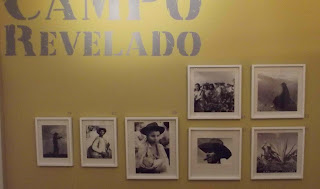 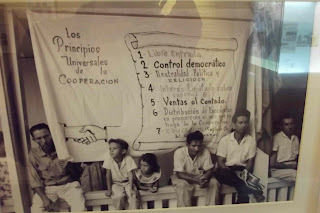 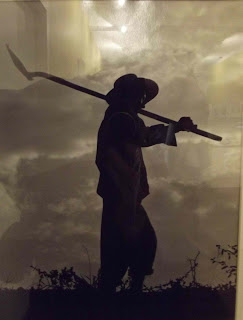 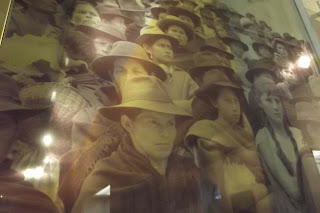 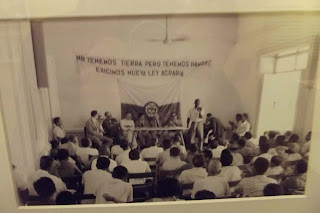 I believe it is possible, a reform that finally can give to the poorest a break, some hope. Is going to take a long time perhaps, but injustice also has a time limit. The whole world is been control by a very powerful minority, but the people very well organised and educated can finally make the difference and not necessarily through violence but by getting organised and getting together.