A Visit to the Escuela Taller de Bogotá

The Escuela-Taller, or School/Workshop of Bogotá, is something this city needs much more of. It provides free courses, lasting about 1 1/2 years, for young people from impoverished and vulnerable backgrounds in cooking, carpentry, woodworking, construction and other areas.

It's located on Calle 9 between Carreras 8 and 9, just around the corner from the Palacio de Nariño and the much better known Escuela de Artes and Oficios Santo Domingo, which is located just around another corner and teaches traditional handicrafts. That school belongs to one of Colombia's richest men, who named it after himself, and charges for its courses.

In contrast, the Escuela Taller's classes are all free, thanks to support from the governments of Spain, Colombia, the United States and other institutions. In fact, Hillary Clinton visited recently to see the results of U.S. foreign aid.

Carlos, one the othe school's outreach and social workers, showed me around. He described the careful background reasearch done on prospective students to make sure they really need the free education and that they will take advantage of it. Many of the students come from Bogotá's poor hillside neighborhoods or from places like Ciudad Bolivar. Even tho classes and materials cost them nothing, the time and bus fares can be a real sacrifice for the youths. And, their families' poverty and sometimes violent neighborhoods mean they have to deal with lots of other issues. Still, about two-thirds of those who enroll complete the courses, Carlos said.

The building itself was renovated by the school's students. It had been a convent for nuns belonging to the adjoining Santa Clara Church, now a museum of religious art. The nuns were cloistered, Carlos said, which meant that once inside the convent they never left again. The house had a garden in what's now the patio, and renovators even discovered graves. Carlos wasn't sure whether the remains had been removed, but I heard no reports of ghosts.

For many young people, who don't have the aptitude, interest or the years to devote to a sit-down book-reading higher education, manual skills like those taught at the Escuela-Taller can open the door to a fulfilling and constructive career. The city just needs more places like this. 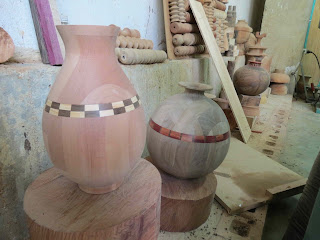 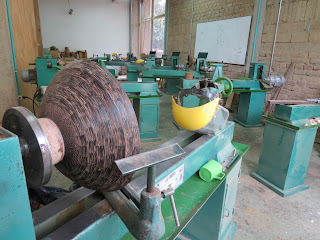 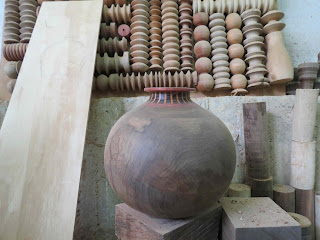 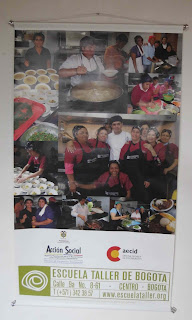 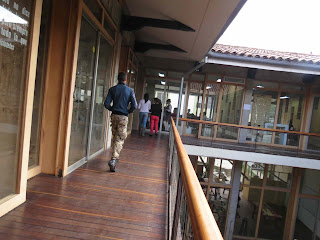 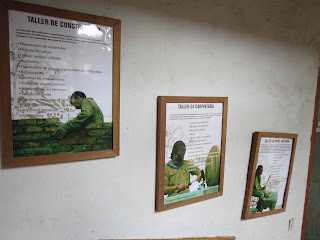 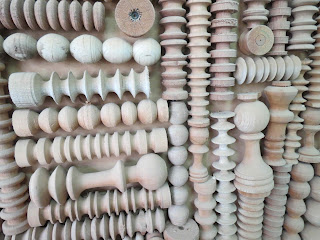 I've heard the restaurant there is a great place to have lunch. I"m going there next week when a friend visits from the states.

Thanks Mauricio. And, Brad, I hadn't even known that their restaurant existed. I'll eat there one day soon. At the very least, they've got unique furniture.

It provides free courses, lasting about 1 1/2 years, for young people from impoverished hälsporre and vulnerable backgrounds in cooking, carpentry, woodworking, construction and other areas.