Tens of thousands of people all across Colombia staged a huge 'March for Peace' today.

Peace certainly is in the air in Colombia, with negotiations between the government and FARC guerrillas in Havana, Cuba "marching along" in the words of an official from the Arco Iris NGO.

Still, today's march wasn't without controversy. While Bogotá Mayor Gustavo Petro and other government officials participated, some conservative leaders refused to, because they consider the march's organizers to be a front for the FARC guerrillas. In fact, the march did have a decidedly leftist slant. I saw communist flags and lots of criticism of the government and big business, but nothing criticizing the guerrillas, who have and do commit wholesale human rights violations.

The Arco Iris official, who spoke at a meeting I attended, said that the peace talks are promising because most of the guerrilla leaders are in their 60s, and apparently tired of warmaking. Also, he pointed out that leftist leaders (including Bogotá Mayor Petro, an ex-M-19 guerrilla leader) across Latin America have reached power by way of the ballot box, making armed struggle appear destructive, anachronistic and pointless. A third point is that the guerrillas are losing, making their fight look futile.

Altho the march wasn't about him, the event was planned for the 65th anniversary of the assassination of leftist leader Jorge Eliecer Gaitán. 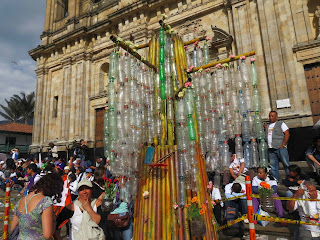 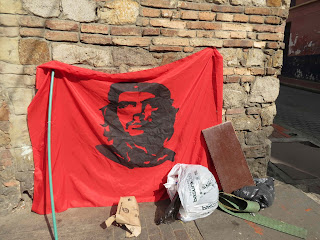 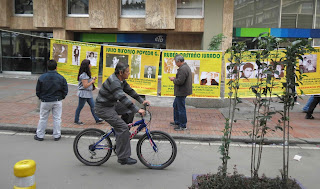 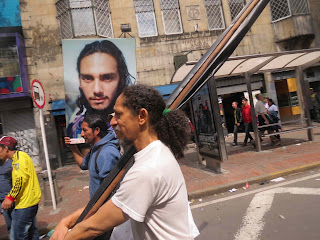 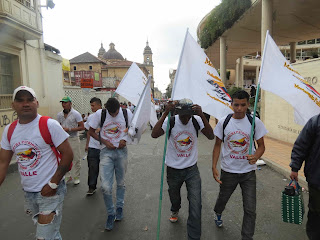 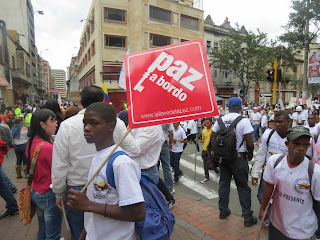 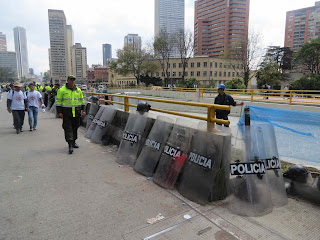 How serious are they??? Or at least some of them. The look like this is just another of many marches.
And Gaitan??? Can we find another figure or symbol for the cause. Gaitan represent a totally and different time in Colombia, he is a nostalgic figure at this point. Can we see a Gaitan of these days in the new political landscape??Colombia is much more complex than 65 years ago...perhaps we need a different approach.
I don't know Mike, but this marches seen to roll in a maze with no exit.

you're right Mauricio. It wasn't very different from many other marches, but much bigger than most.

As far as slavery, I don't see any connection. Ending Colombia's armed conflict would be wonderful for the country and its people.