The last of Bogotá's zorreros, or horsecart drivers, demonstrated today on Plaza Bolivar. The city has retired the thousands of horsecarts which used to clop along the city's streets and avenues, transporting loads and scavenging stuff for sale and reuse. The horsecart owners are supposed to receive compensation, including in some cases motorized carts to replace the horsecarts.

But the people protesting today say they were left off of the lists and did not receive their payments. 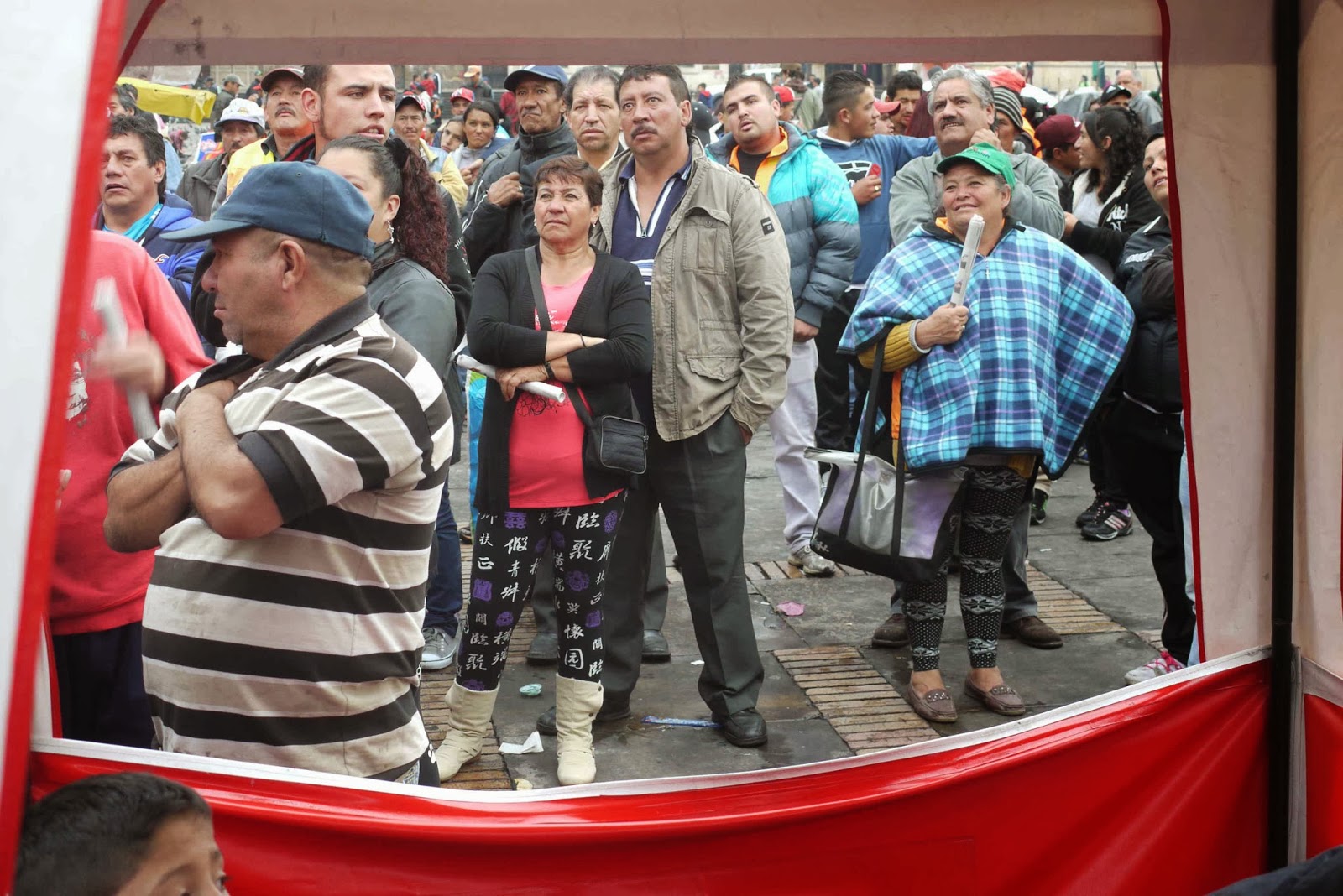 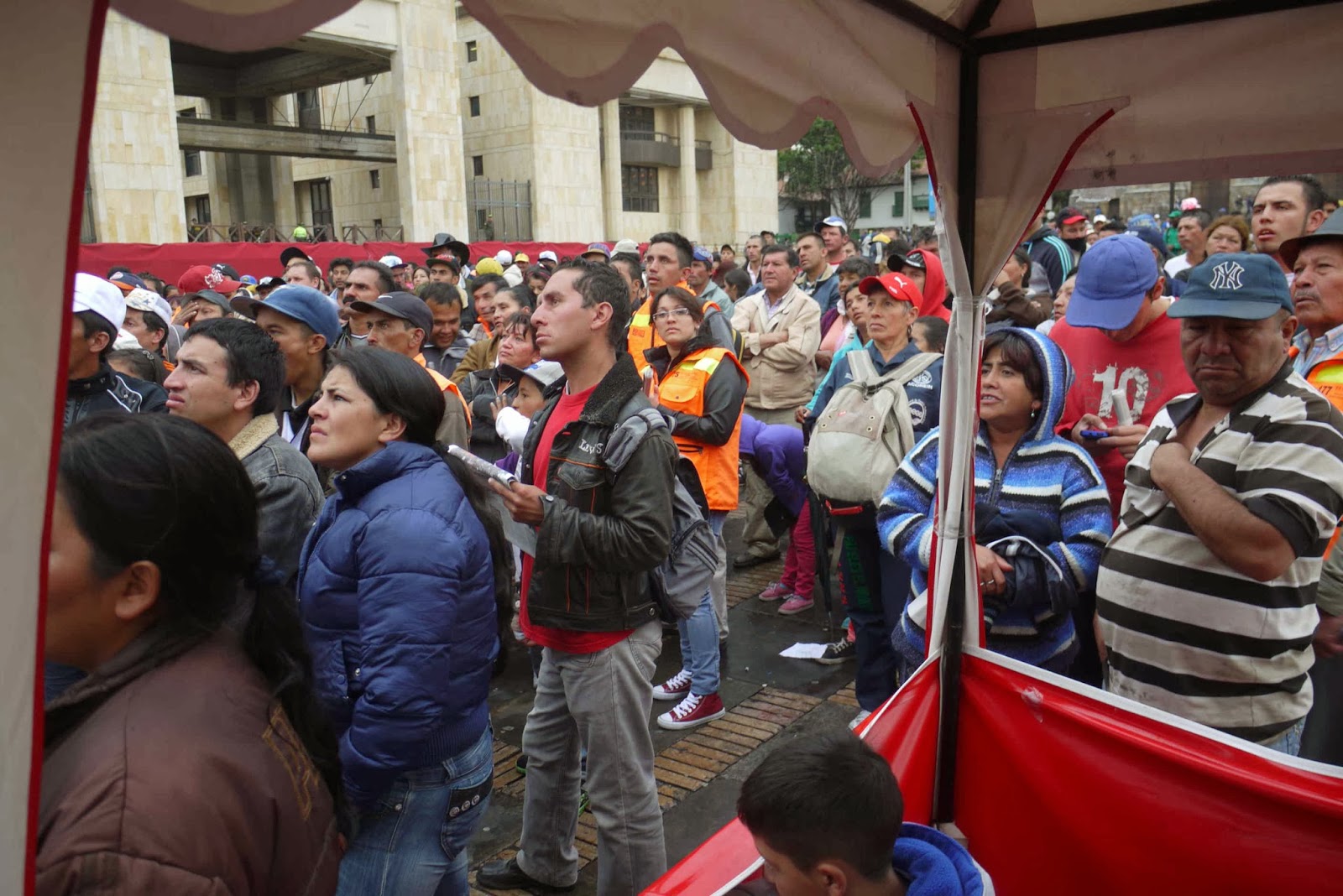