The MIRA political party has long been a special case in Colombian politics. The nation's only explicitly religious political party - there is no Catholic party, for example.MIRA was created by the Church of the Ministerial God of Jesus Christ Inrternational, which is controlled by the Piraquive family and has some 800 churches in 45 countries.

Despite the party's extreme conservatism on many issues, it has been a respected participant in Colombian politics, particularly as an advocate for the rights of the underprivileged.

So it was a big surprise when a video leaked in which church leader María Luisa Piraquive said that a disabled person, such as a person missing a limb, should not be permitted to preach in the church.

"The Holy Spirit taught us that for reasons of conscience a preacher in the pulpit should be a person who has all of his members," Piraquive said in the video.

Even Pres. Santos and Vice Pres. Garzon criticized her comments.

Soon after, another video appeared in which Carlos Baena, president of MIRA, asserted that the party should buy votes, because allegedly their political competitors were doing it.

Then things only got worse. A prosecutor investigating suspicions of money laundering ordered searches of two MIRA offices. According to news reports, party employees may have hustled documents out of their office just before the search.

The Piraquive family's personal troubles only complicated things. El Tiempo reported that María Luisa Piraquive had expelled one son from the church for being gay, and that another one of her sons had had an illegitimate daughter whom he had refused to recognize until a court forced him to.

Then El Tiempo searched business records in Florida and found eight businesses, including a real estate company and a car wash, as well as a six-bedroom, six-bath mansion, belonging to the Piraquive family.

US officials are now investigating suspicions of money laundering.

MIRA, meanwhile, is fighting for political survival. Unless it obtains 450,000 votes in the next election it will be decertified as a party. On its website, the party says that it's appealing to the United Nations and Organization of American States. The website also contains an article alleging a 'Political Religious Judicial Plot to Eliminate Us.'

Today, thousands of church members (many bused in from outside of Bogotá), marched down Ave. Septima during La Ciclovia.

The evangelicals carried signs demanding religious liberty - a deception, since the issue is the chuch leaders' alleged misbehavior - and asserting their allegiance to church leader Piraquive - which seems worrisomely like personality worship.

The faithful will never doubt. 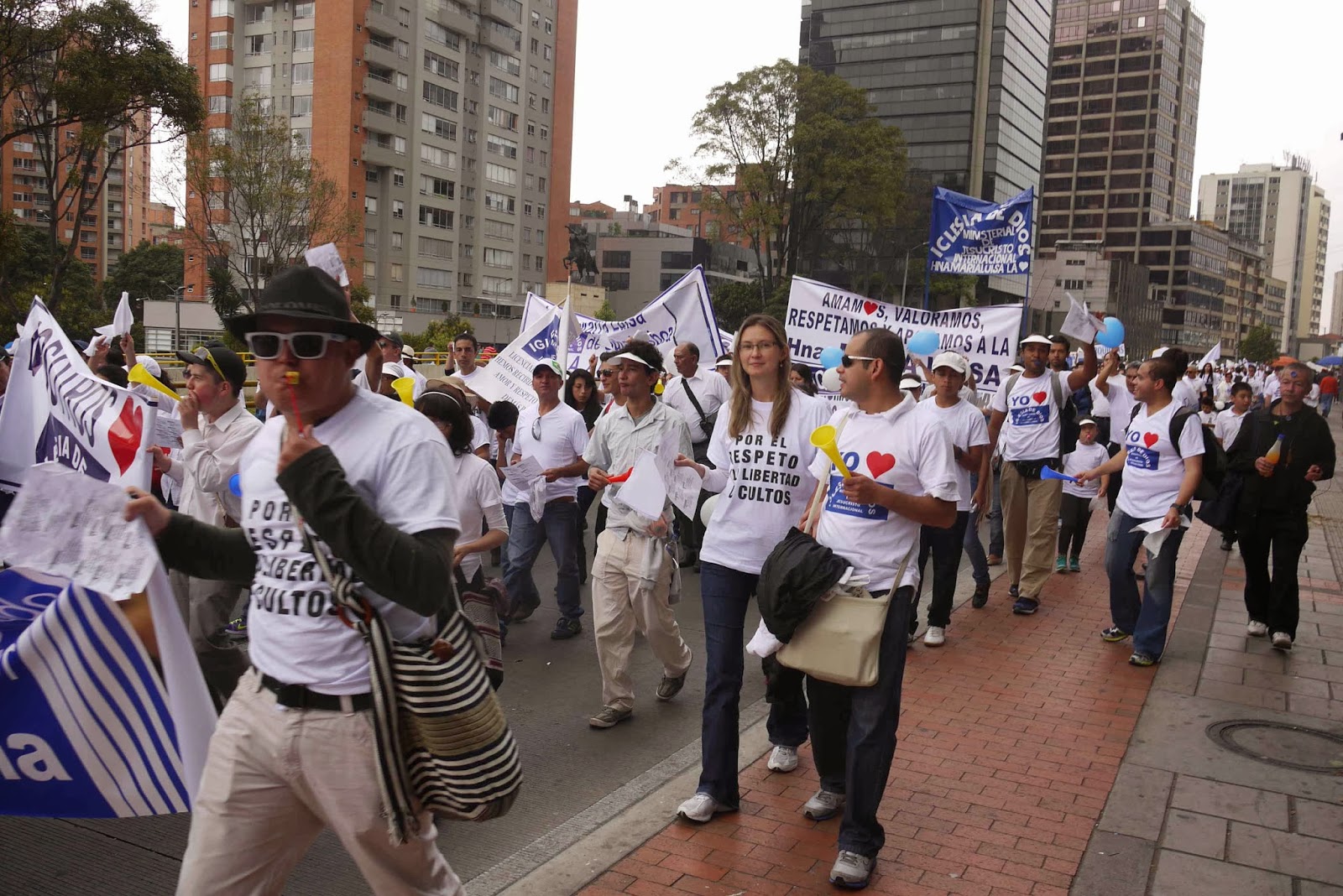 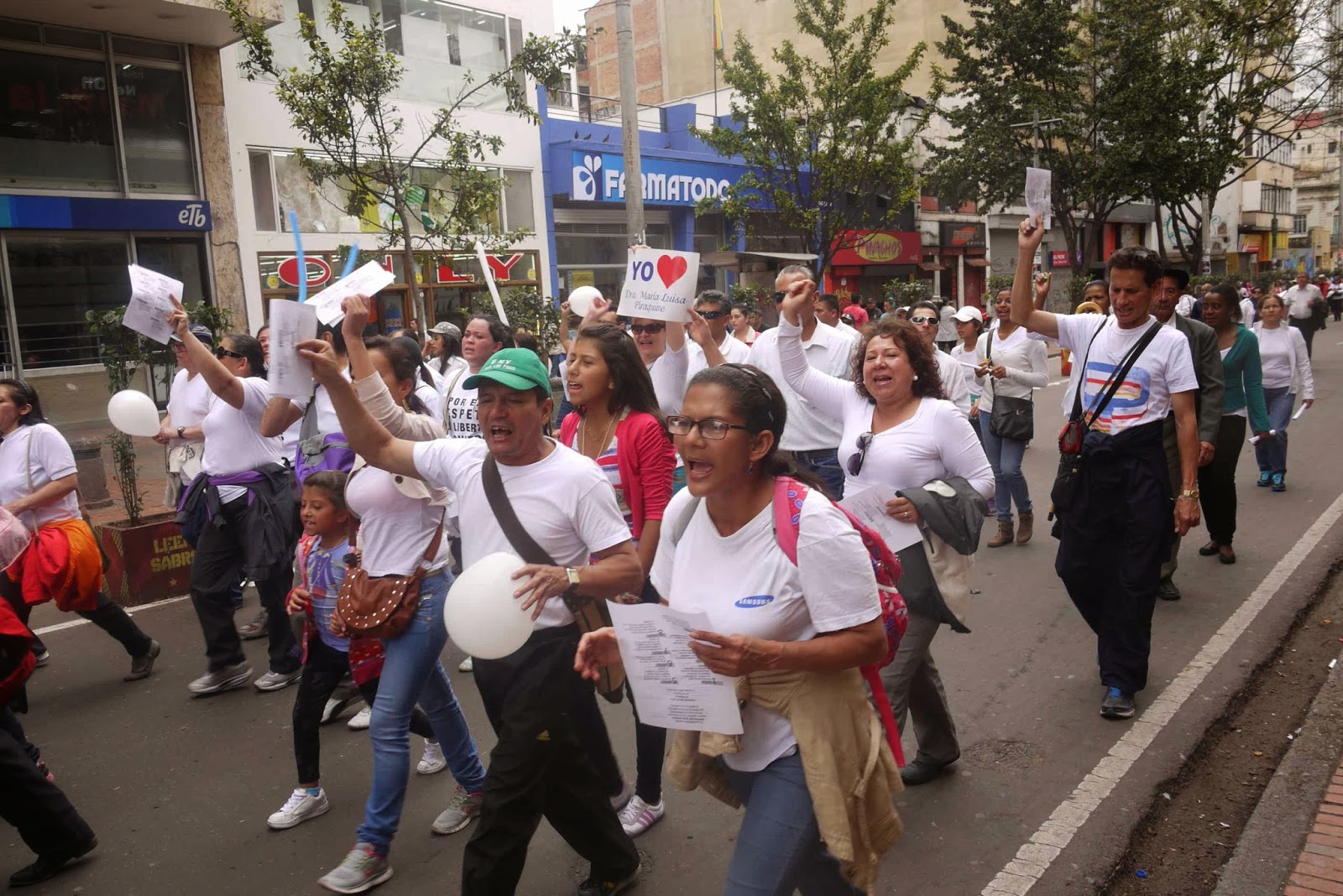 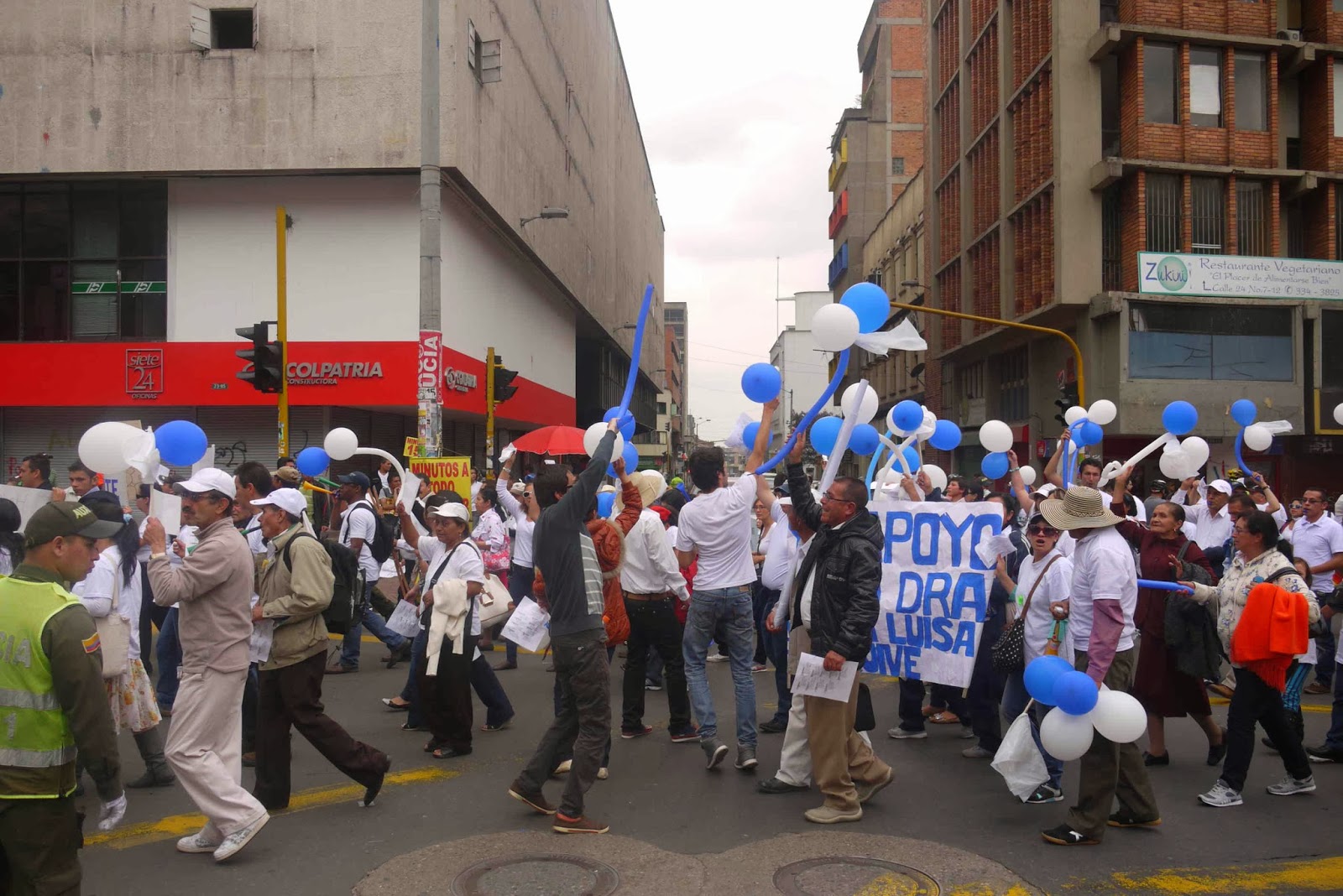 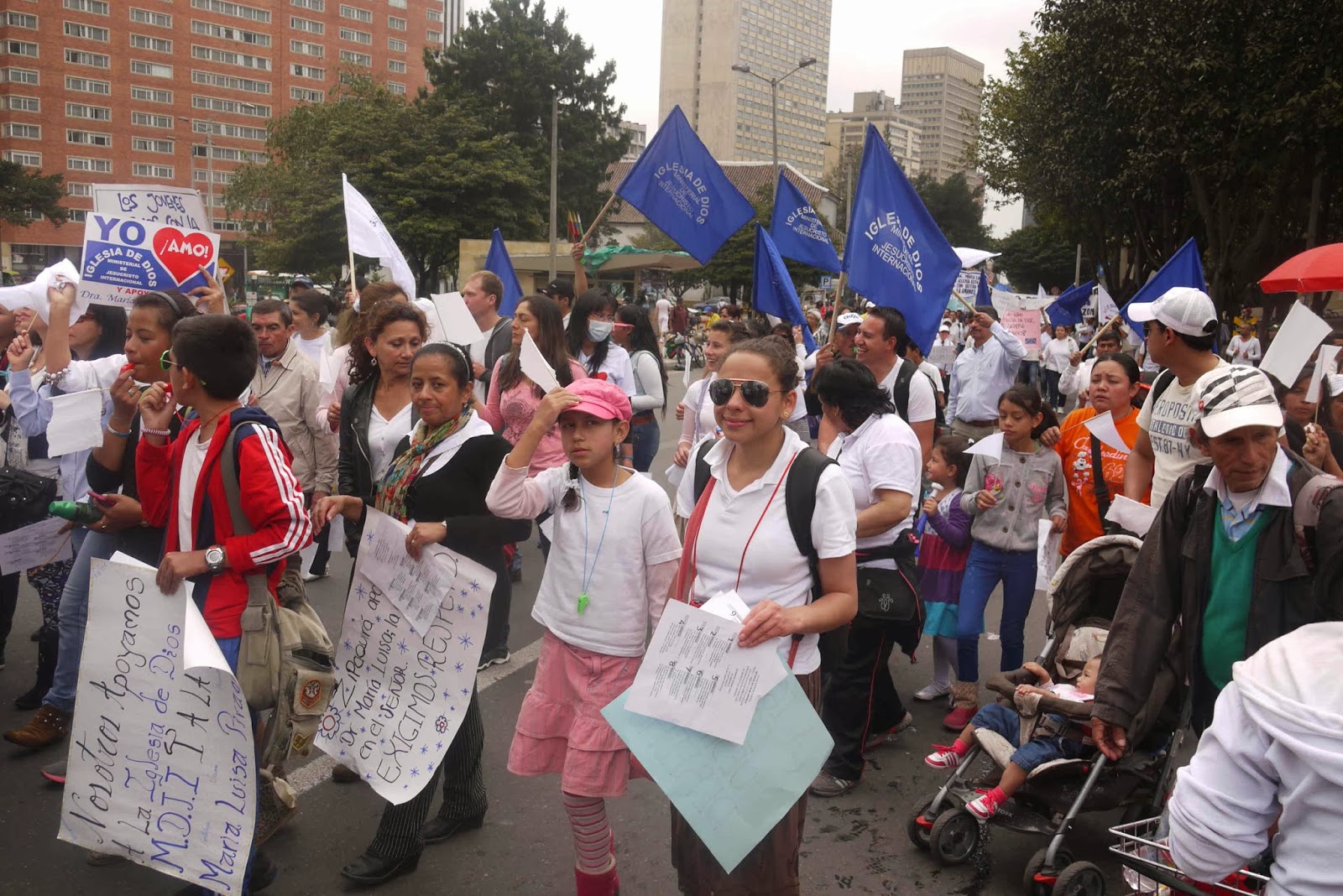 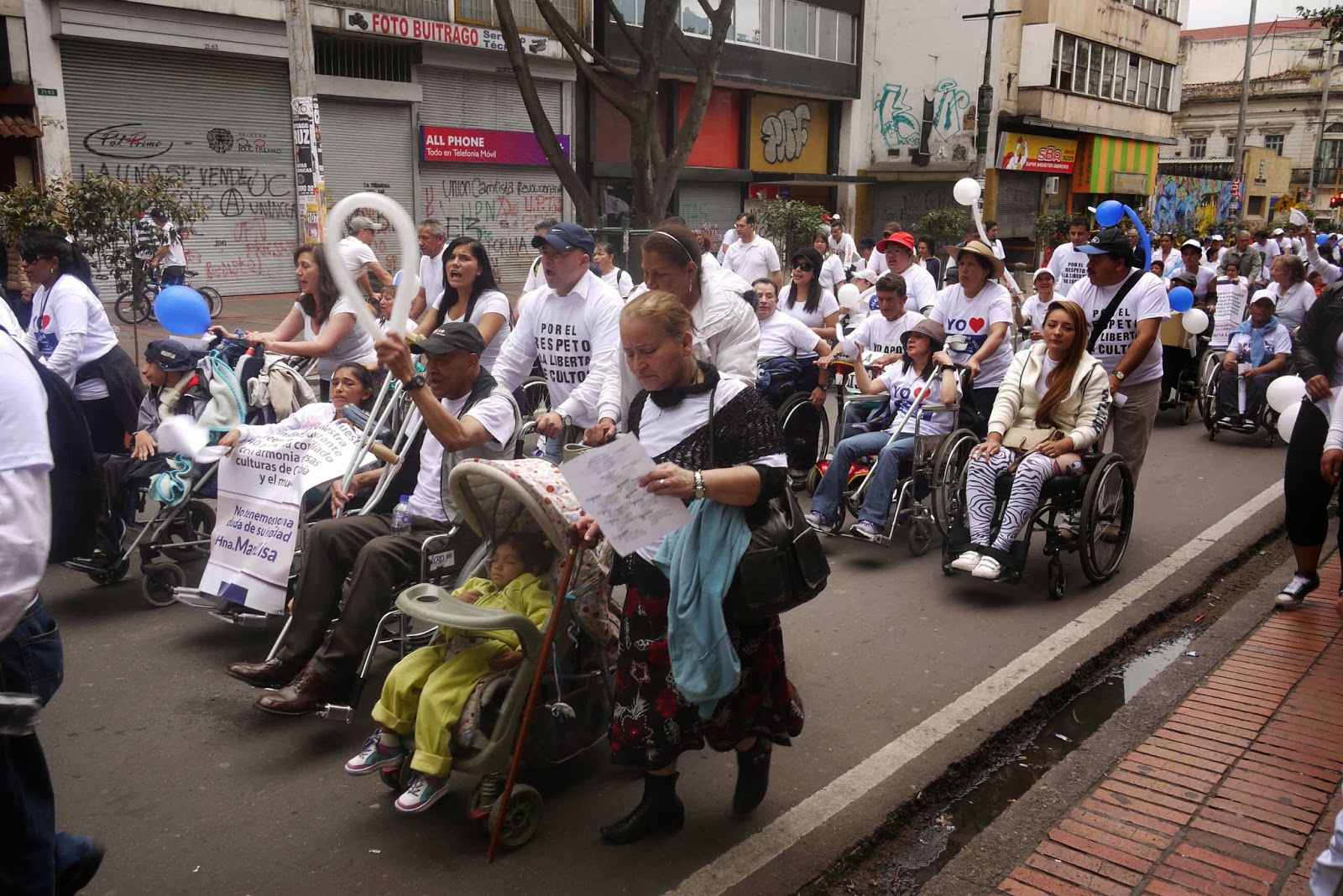 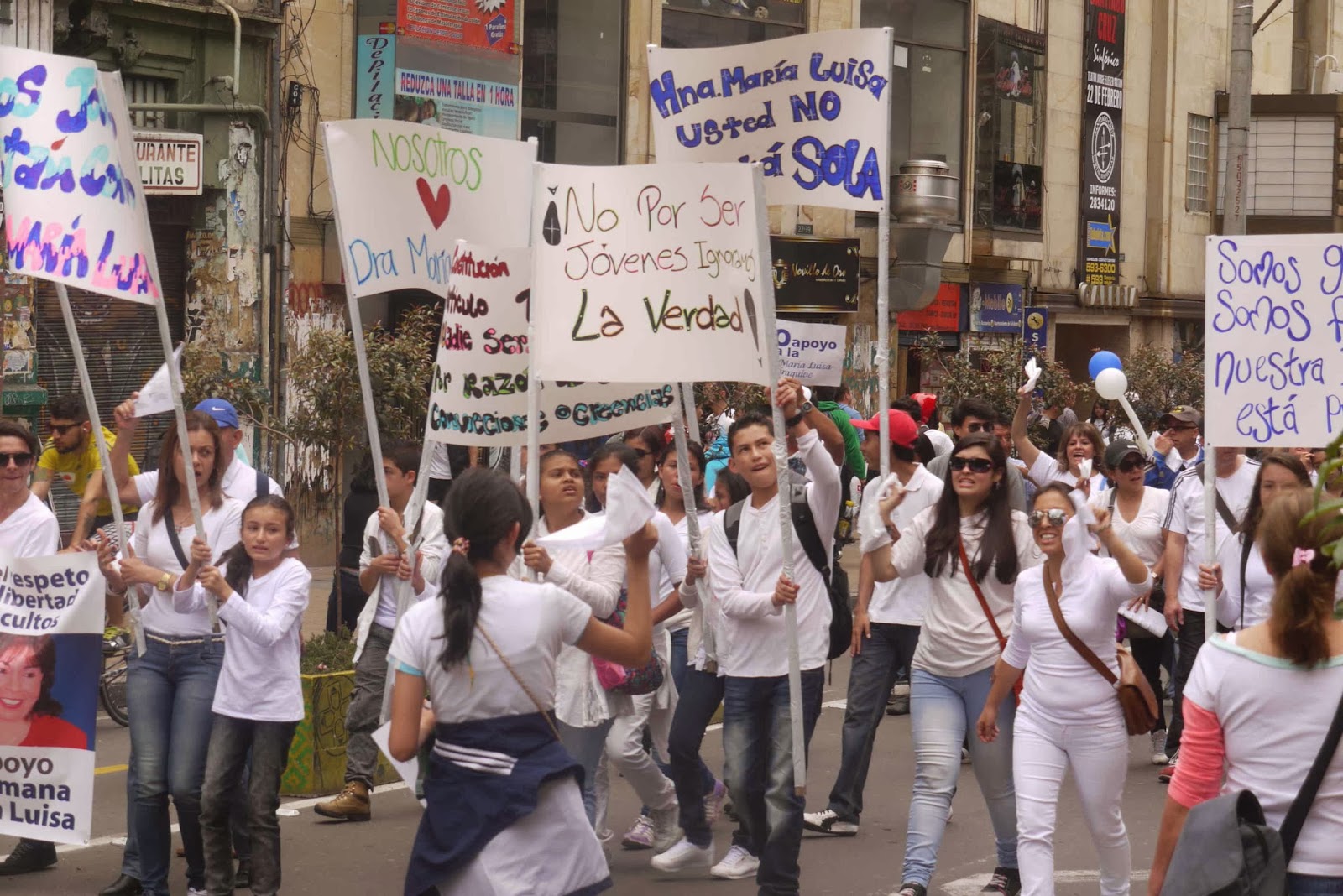 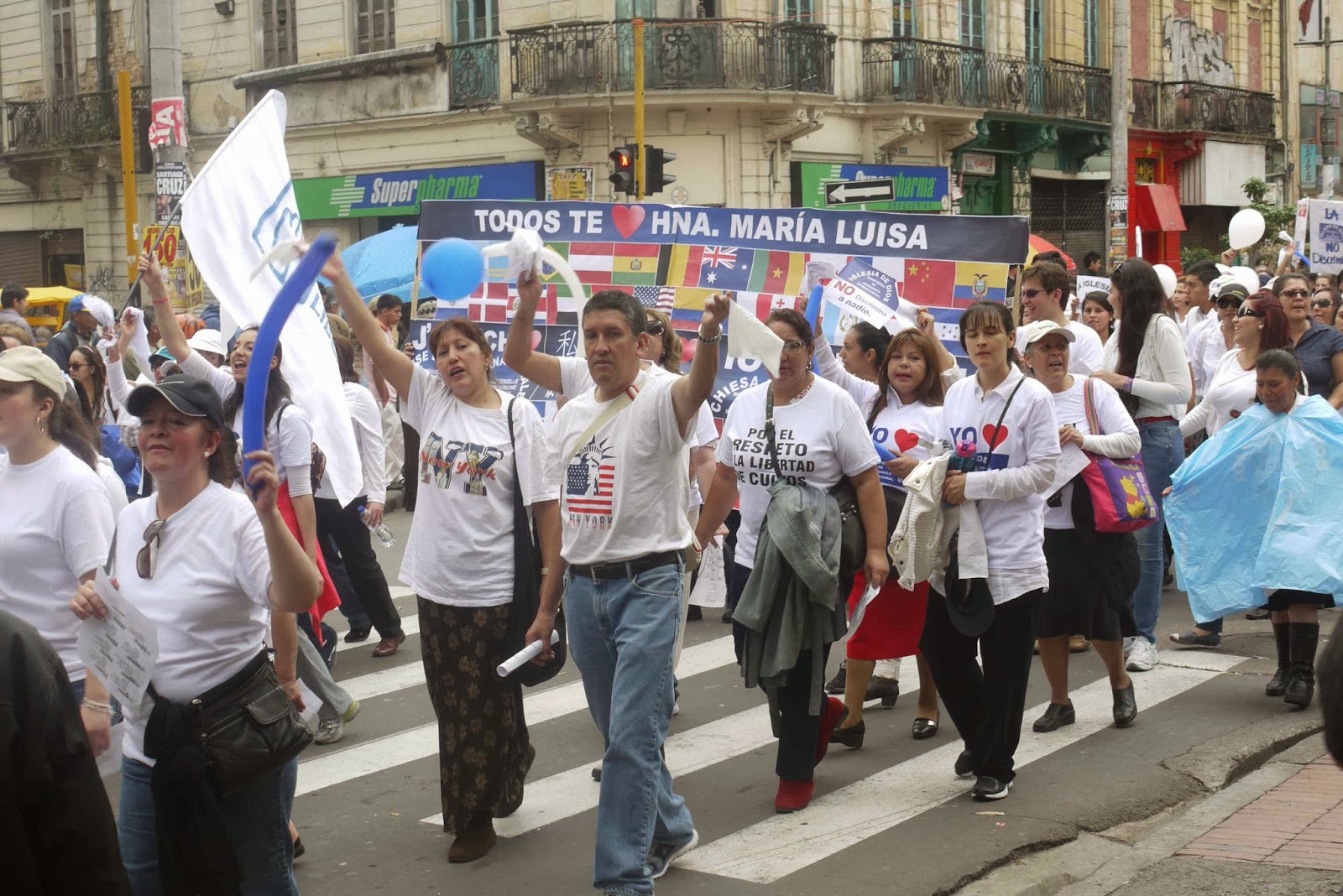