So much for my political predictions: Today, Thursday, Petro's cause won three tutelas, which either suspended or just postponed the procurador's order. Instead - as of today - Petro will face a recall vote in early March. Ironically, the procurador's ouster order has benefited Petro politically by making him into a martyr and mobilizing his supporters.

The reasoning behind today's rulings seems to be that Petro was elected and that his ousting by an unelected official violates his and voters' rights. Good enough, and, whether he wins or loses, deciding the mayor's fate by a vote will be much healthier for the city. However, it'll be interesting seeing what happens to Procurador Ordoñez's authority, and whether the 100s of other officials ousted by Ordoñez will now sue to return to office.

Supporters of Bogotá Mayor Gustavo Petro held yet another demonstration today on Plaza Bolivar in support of the beleagured Petro.

But Petro's hopes appear to be running out. Procurador Ordoñez has rejected Petro's appeals, and hundreds of nearly identical tutetals don't appear likely to keep Petro in office. The Inter-American Human Rights Commission is to rule on whether Petro's rights were violated, but nobody knows when that ruling will be issued, or whether Colombia will obey it.

As disproportionate and unreasonable as the procurador's ouster of Petro for mishandling the city's garbage collection certainly seems, it is also true that Petro accepted the rules when he became mayor, and that Petro voted for Ordoñez back when Petro was in the Senate.

On Feb. 8, Pres. Santos can appoint a temporary mayor who'll hold office until elections are held. And it would be nice for the city to try to move forward again. 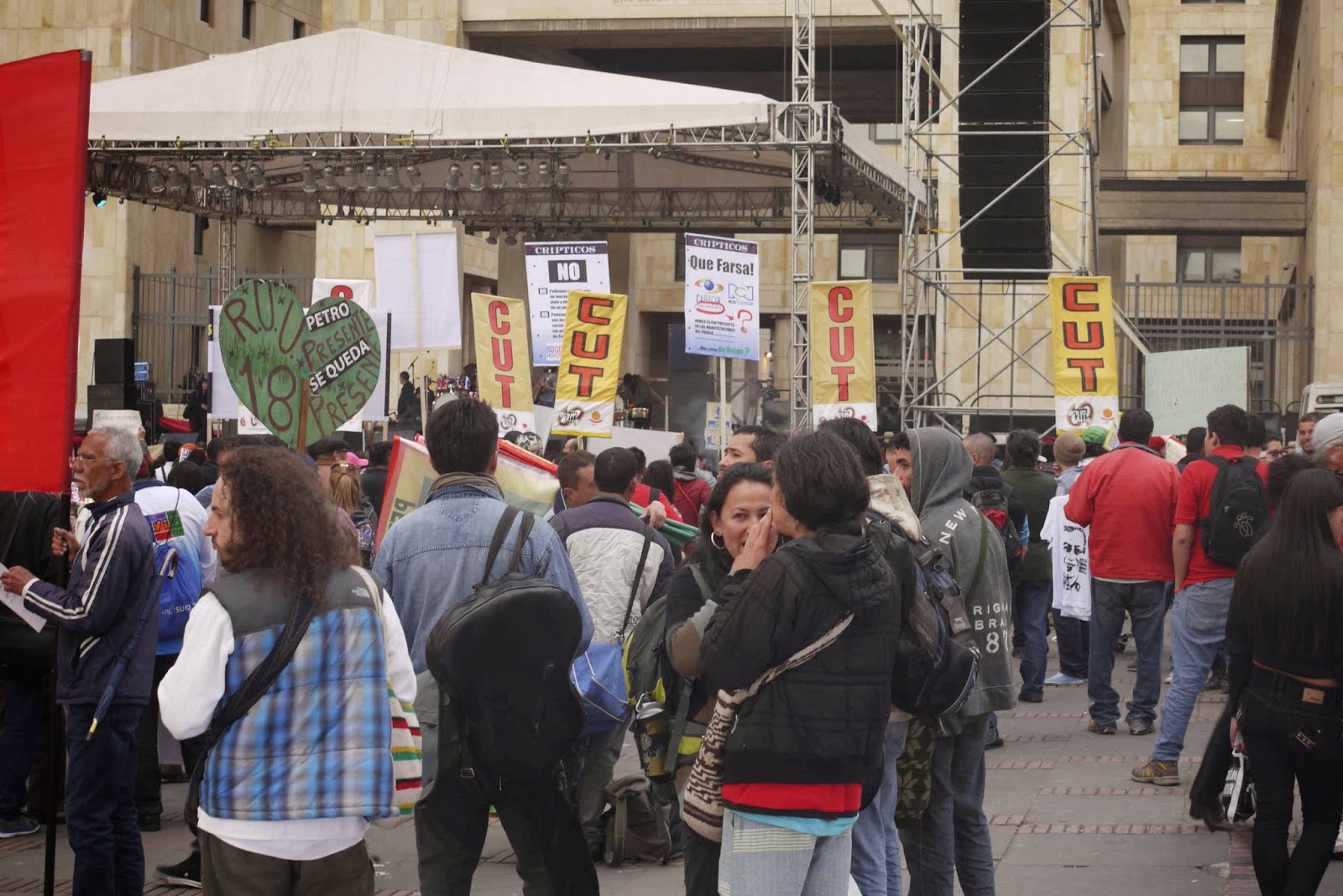 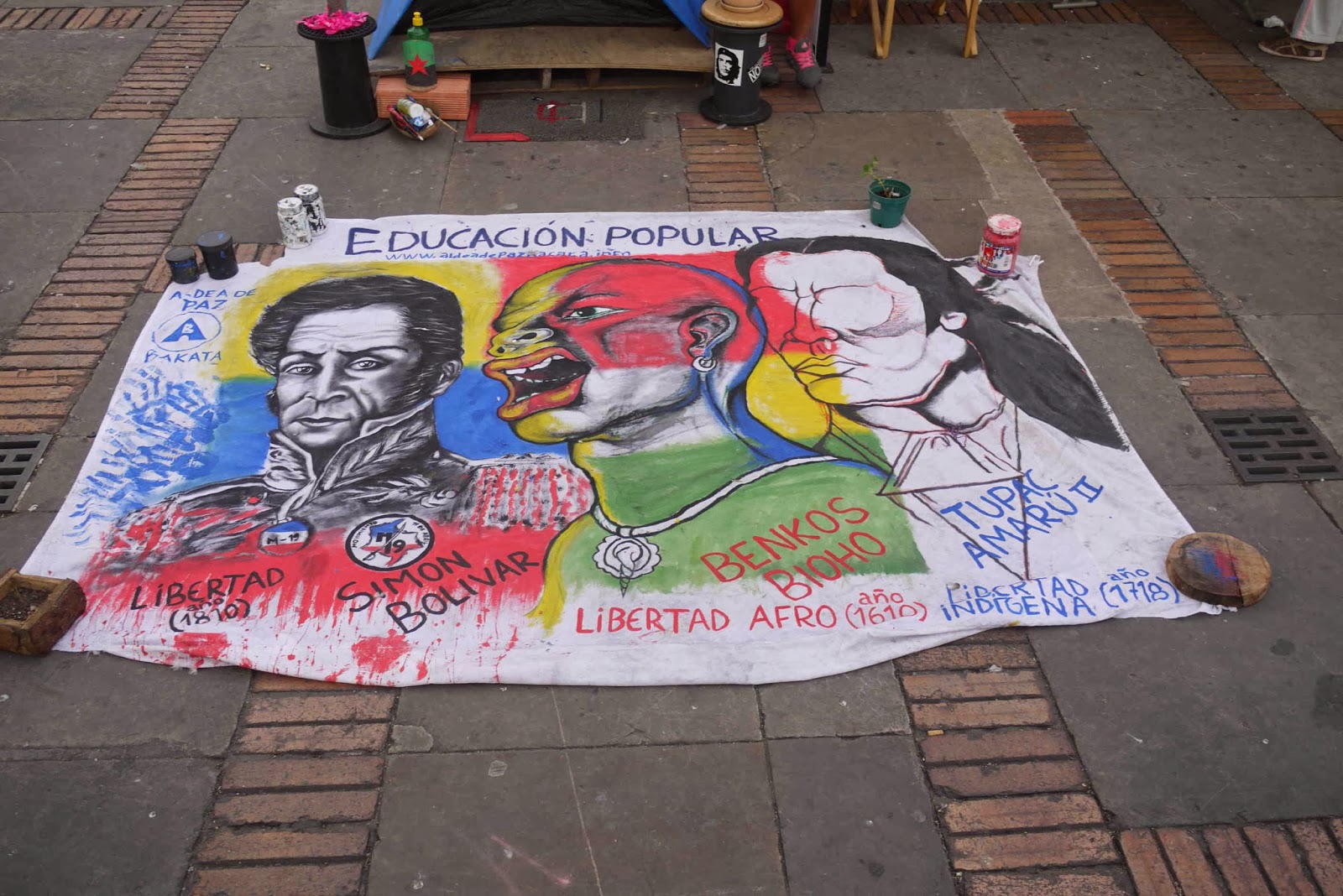