Procurador Ordoñez has ordered Bogotá Mayor Gustavo Petro removed from office and banned from politics for 15 years for  'endangering public health and the environment' by mishandling the city's trash collection service - even tho nobody was killed or injured by the trash.

That makes me ask how many public officials will be ousted from office for ignoring the city's air pollution, which causes thousands of premature deaths every year in Bogotá alone. Perhaps they can start with the Ministry of the Environment officials who last year suspended a regulation requiring pollution filters on trucks after U.S. truck makers complained it would hurt their profits. 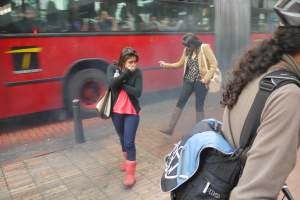