An Irish Troubador in La Candelaria 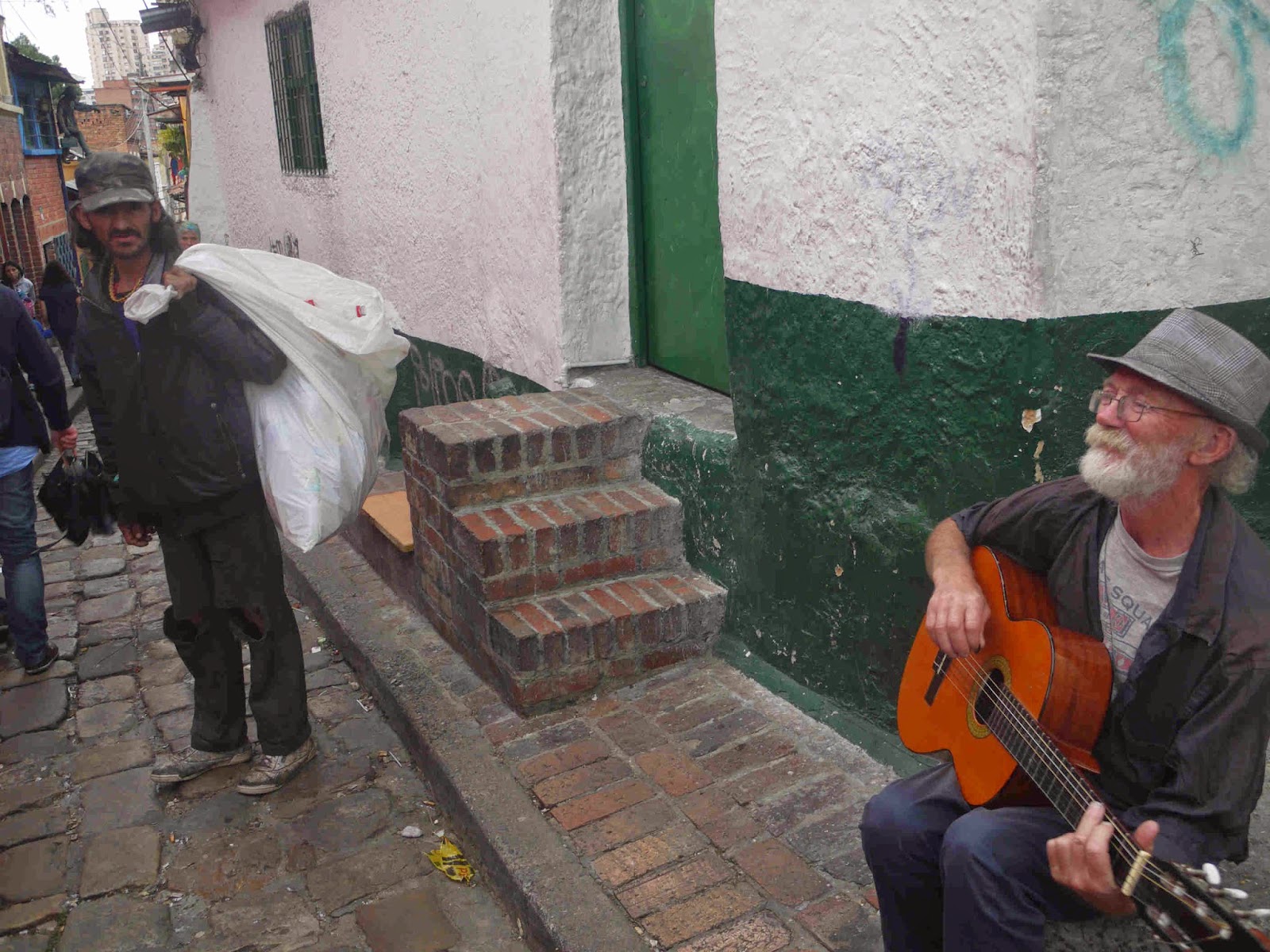 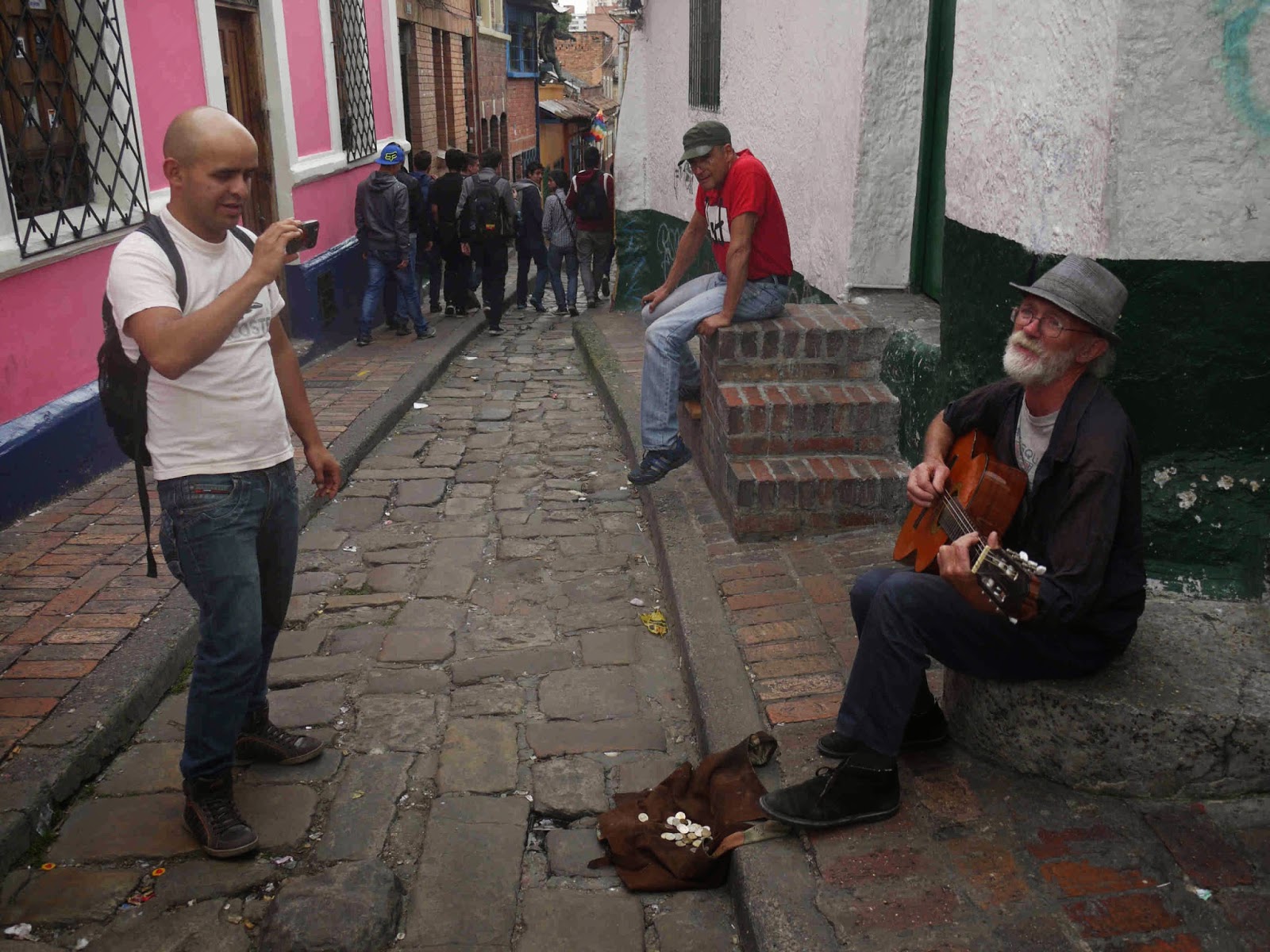 The last few days, we've passed this colorful fellow strumming his guitar and singing popular tunes in English. He is Fin, from Cork, Ireland, who's lived in Colombia for the past 20 years.

Fin didn't seem to want to elaborate on what brought him to Colombia or kept him here.

"I came and I stayed," he said, his Irish brogue still intact.

Fin seems to favor popular classics: the Beatles, country music...'everything's gonna be alright,' he sings, and then 'baby you can drive my car.' And then, 'rollin', rollin' down the river...I never saw the good side of a city until I saw the view from a riverboat queen.' 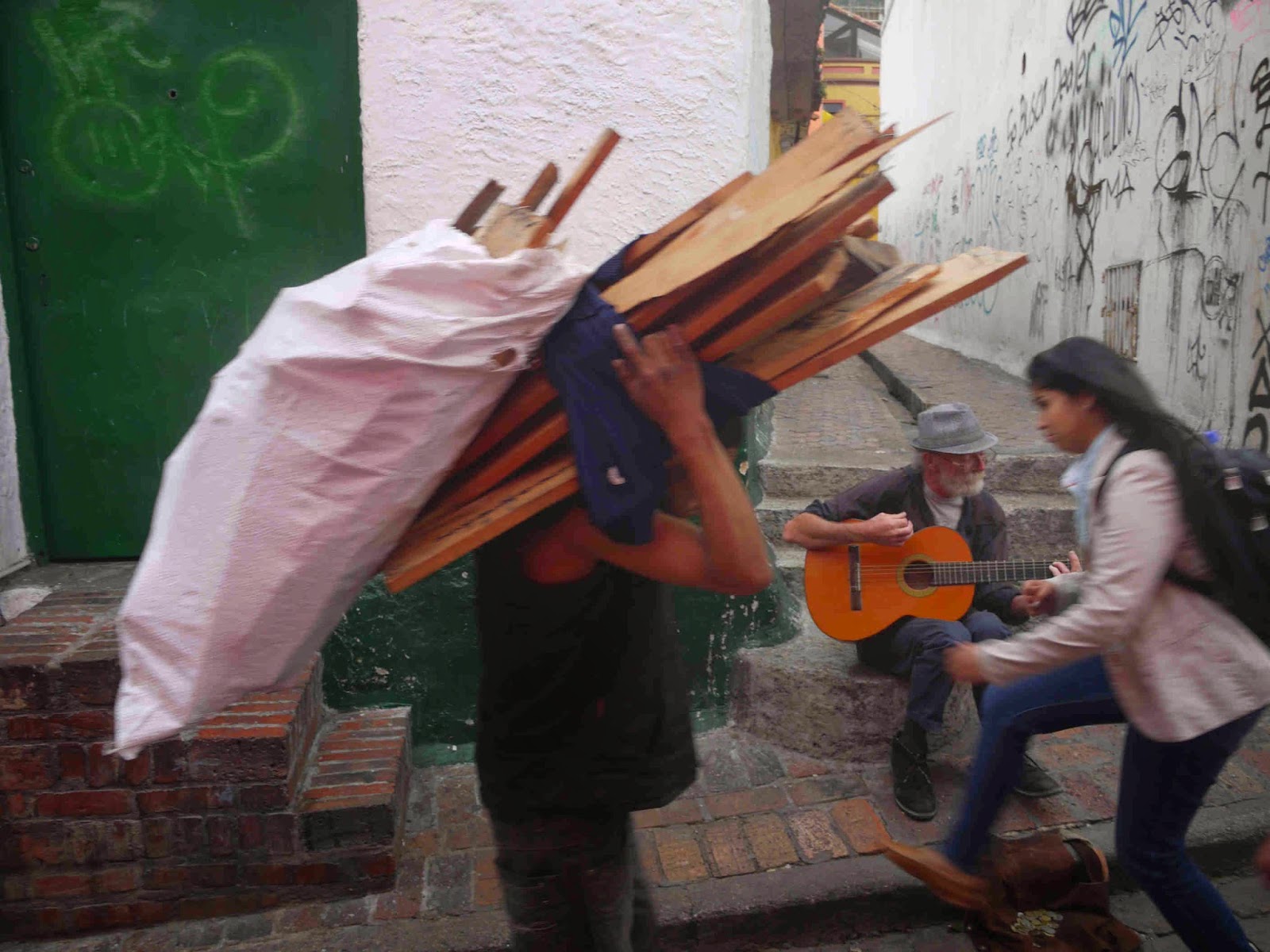 That doesn't exactly describe Bogotá, but could come from a Gabriel García Márquez novel.

Fin says he doesn't often play in the street for coins, but when he does, the Callejon del Embudo, off of the Plaza del Chorro, is a favorite spot. He's here now, because he recently returned to the city and hasn't gotten any pub gigs as yet.

"I'm waiting for my phone to ring," he says.

In any case, it's been a long afternoon of singing and strumming, and Fin's throat is dry. So, in the best Irish tradition, he's off to a pub for a wet one. 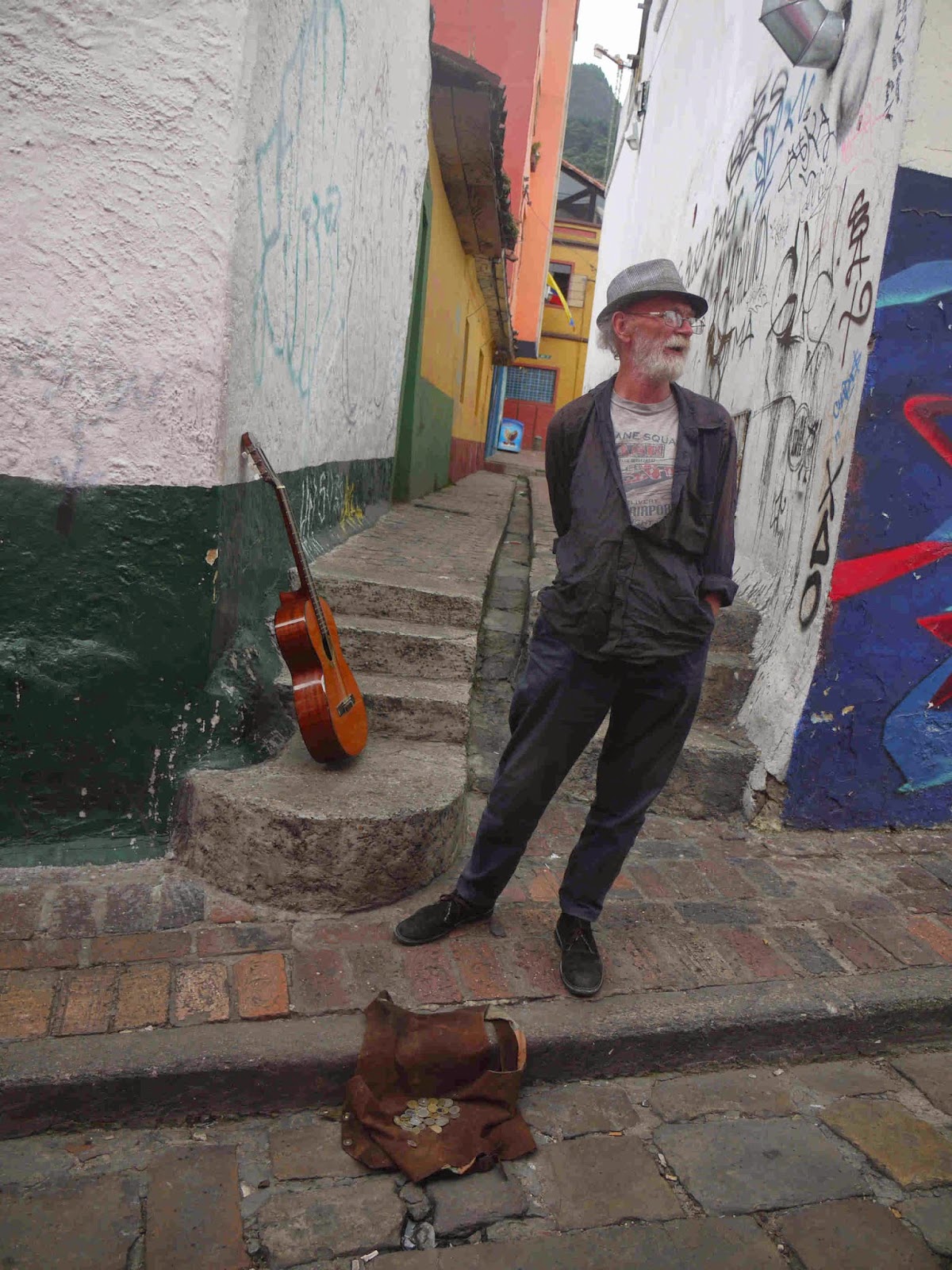 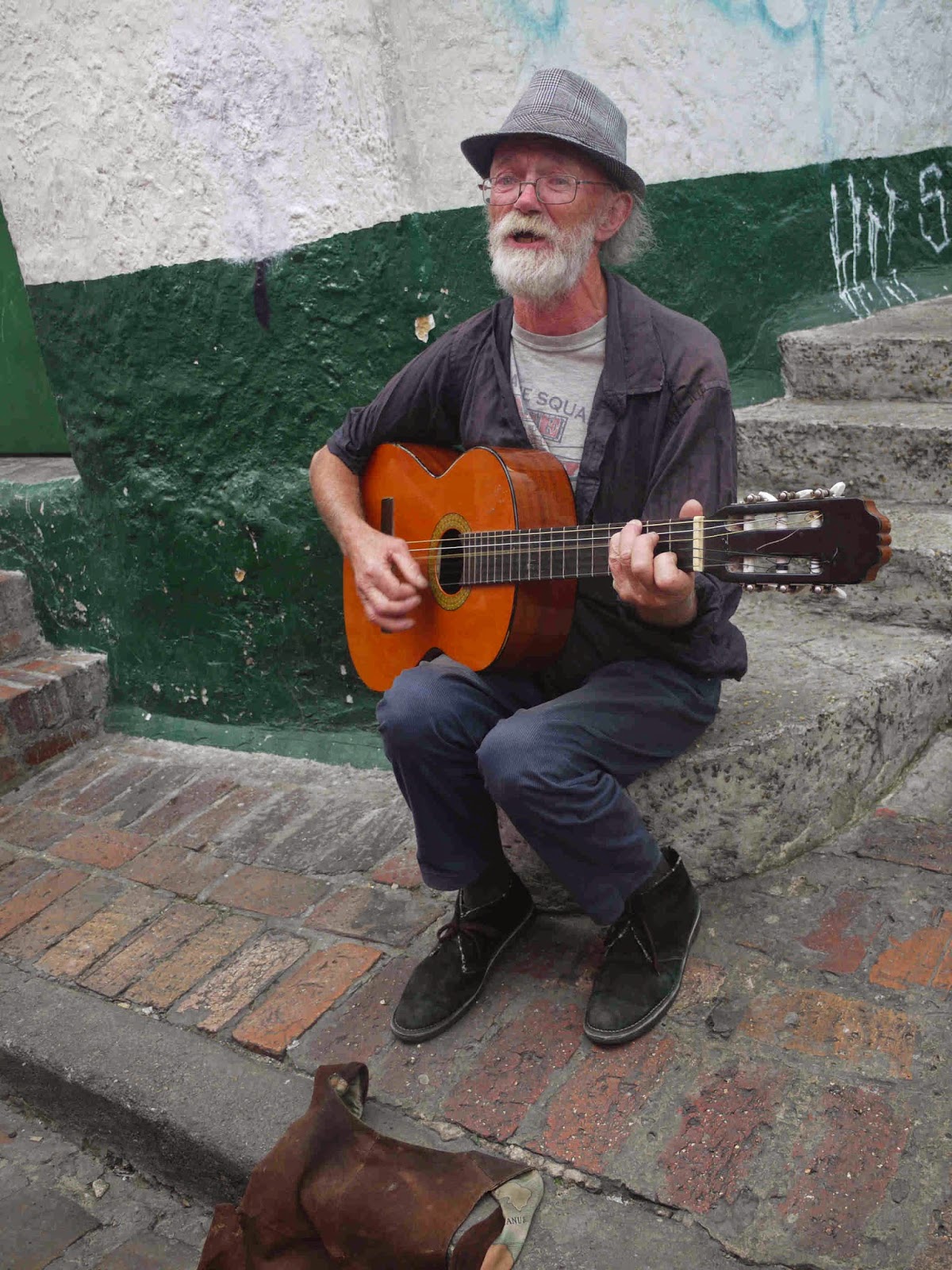 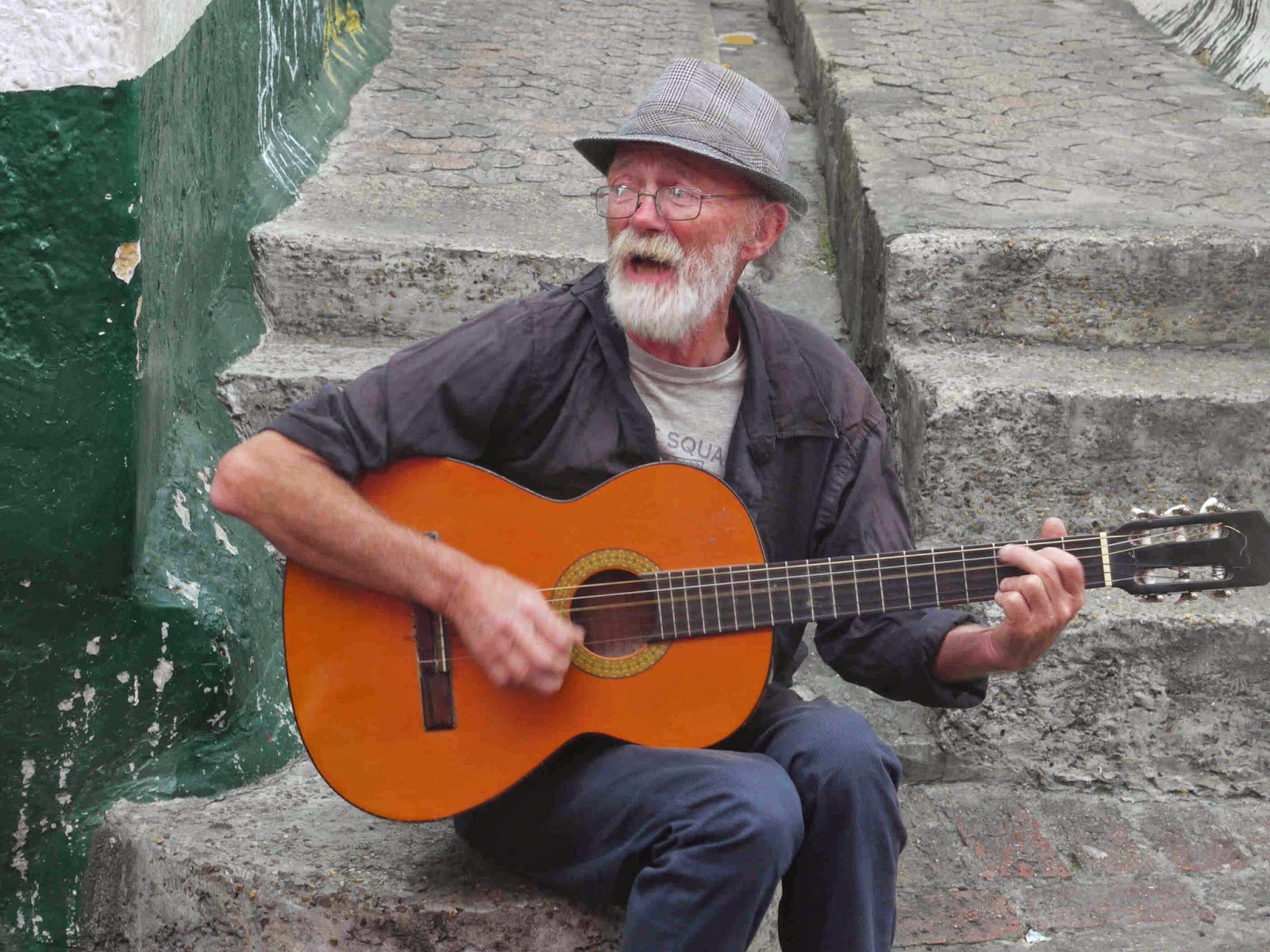 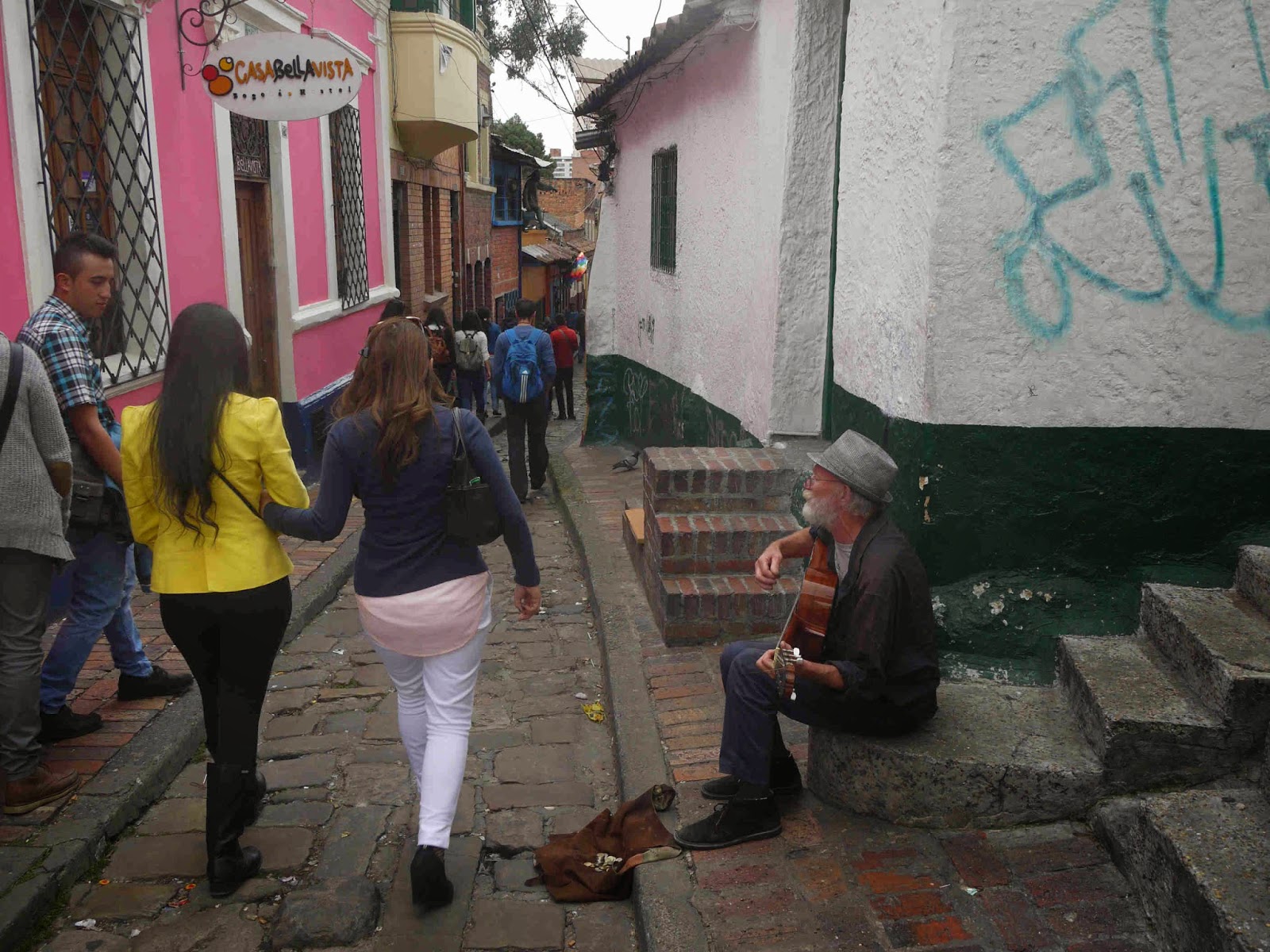 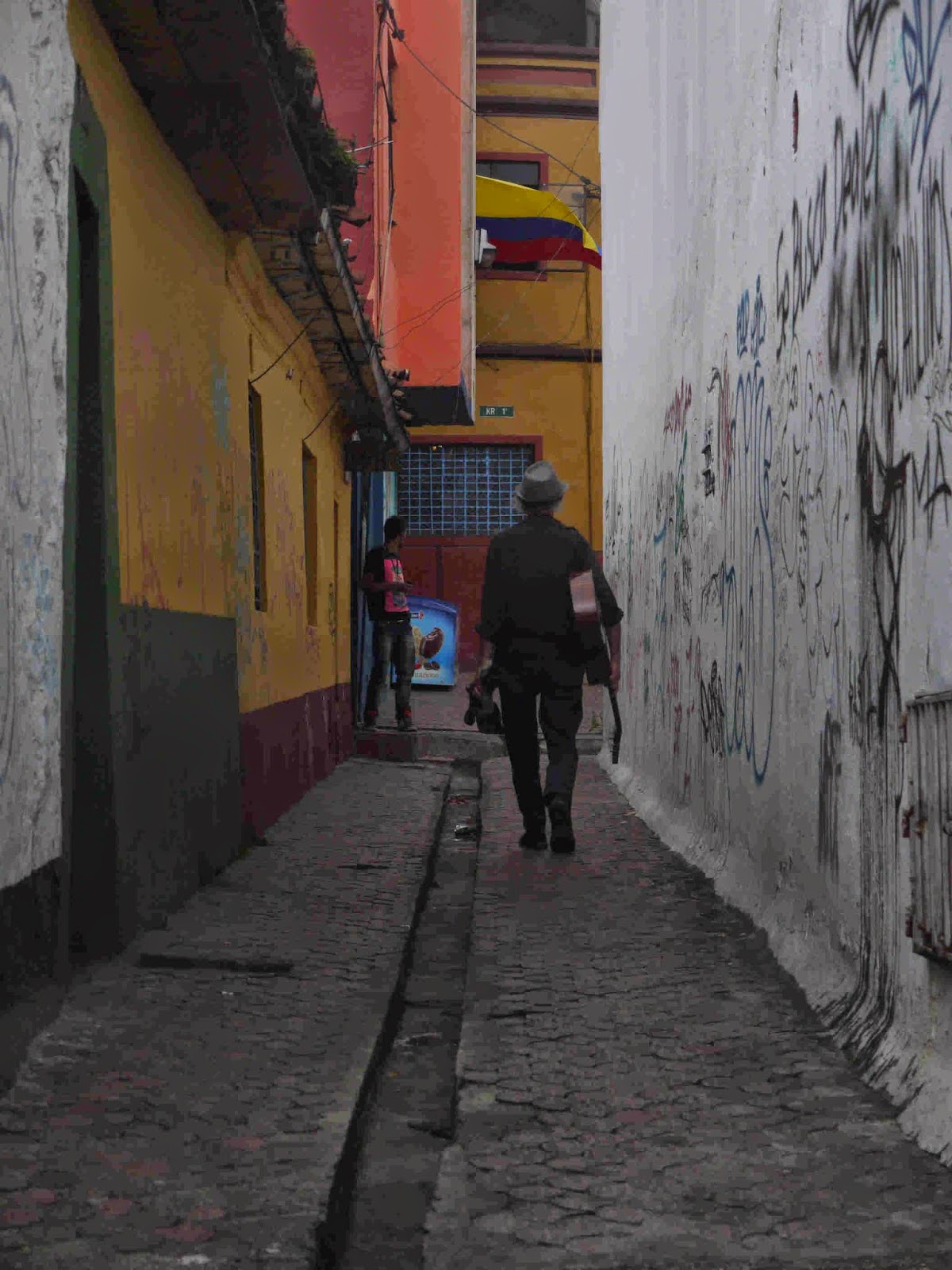